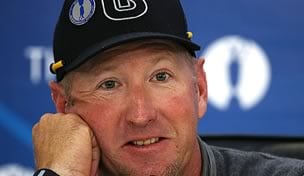 The last of Duval’s 13 career PGA Tour titles came at the 2001 British Open. Recently he has fallen on hard times, dealing with nagging injuries and finishing inside the top 125 in earnings just once in the last 10 seasons. Last year, he made the cut in just three of 17 events. Throughout his career, he has ascended to world No. 1 and appeared on three Presidents Cup teams and two Ryder Cup squads.

“We have always had a great relationship with David and are happy to welcome him back to the Nike family,” said Mark Thaxton, global director of sports marketing operations for Nike Golf.