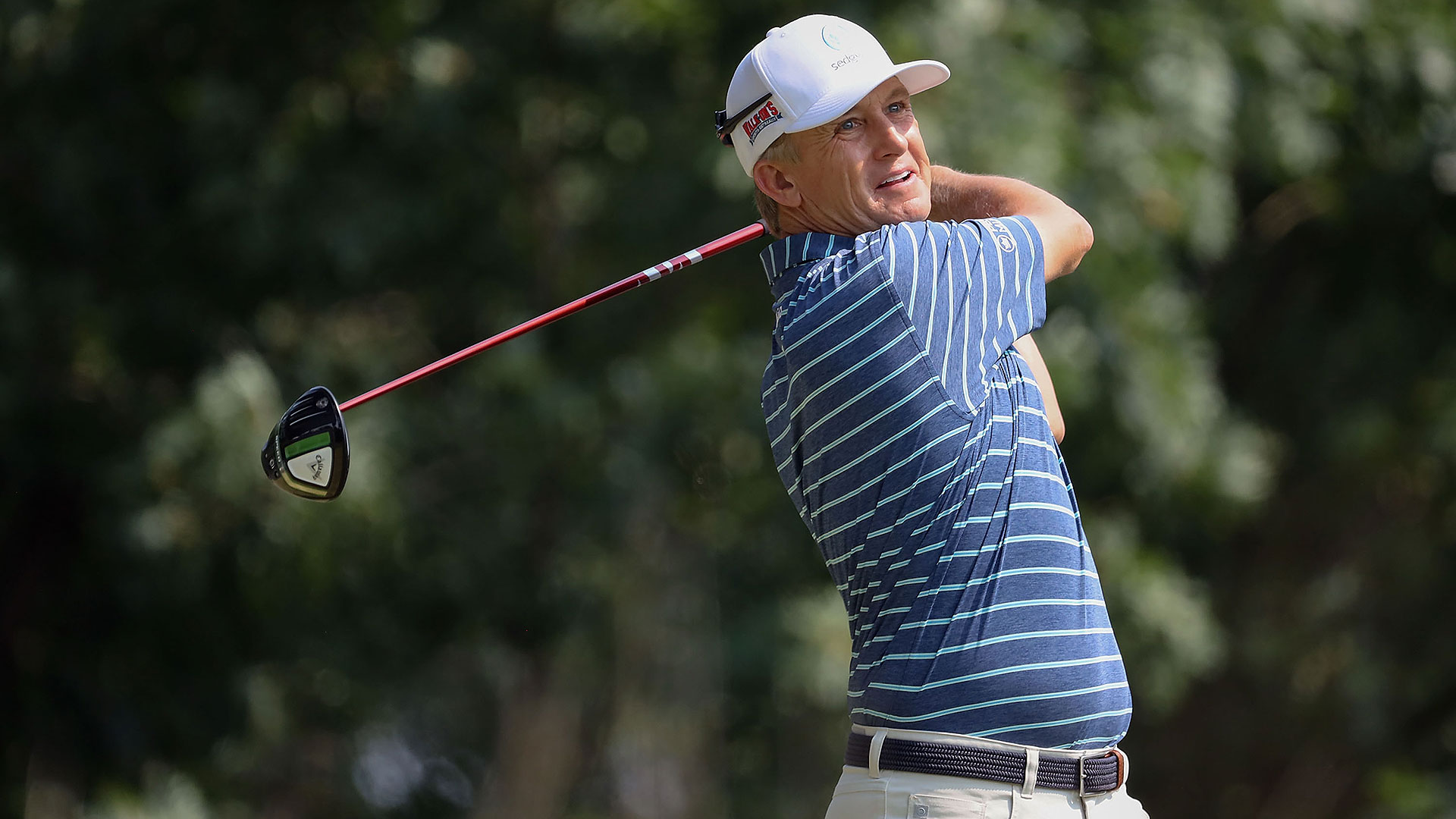 Toms hit his approach in the playoff on the par-4 18th to the middle of the green and two-putted from 18 feet. Pride’s approach went to the right into a greenside bunker and he couldn’t get a 16-footer for par to fall.

The 54-year-old Toms scrambled for par on the 18th in regulation after driving left into a fairway bunker. He shot a 5-under 66 to finish at 10-under 203 on Norwood Hills’ West Course, the tree-lined layout where Ben Hogan won the 1948 PGA Championship for his second major title.

Pride finished with a 67, forcing the playoff with an 18-foot birdie putt on 18.

The 52-year-old Pride won the Mitsubishi Electric Classic in May in Georgia for his lone senior title. He won the 1994 St. Jude Classic on PGA Tour