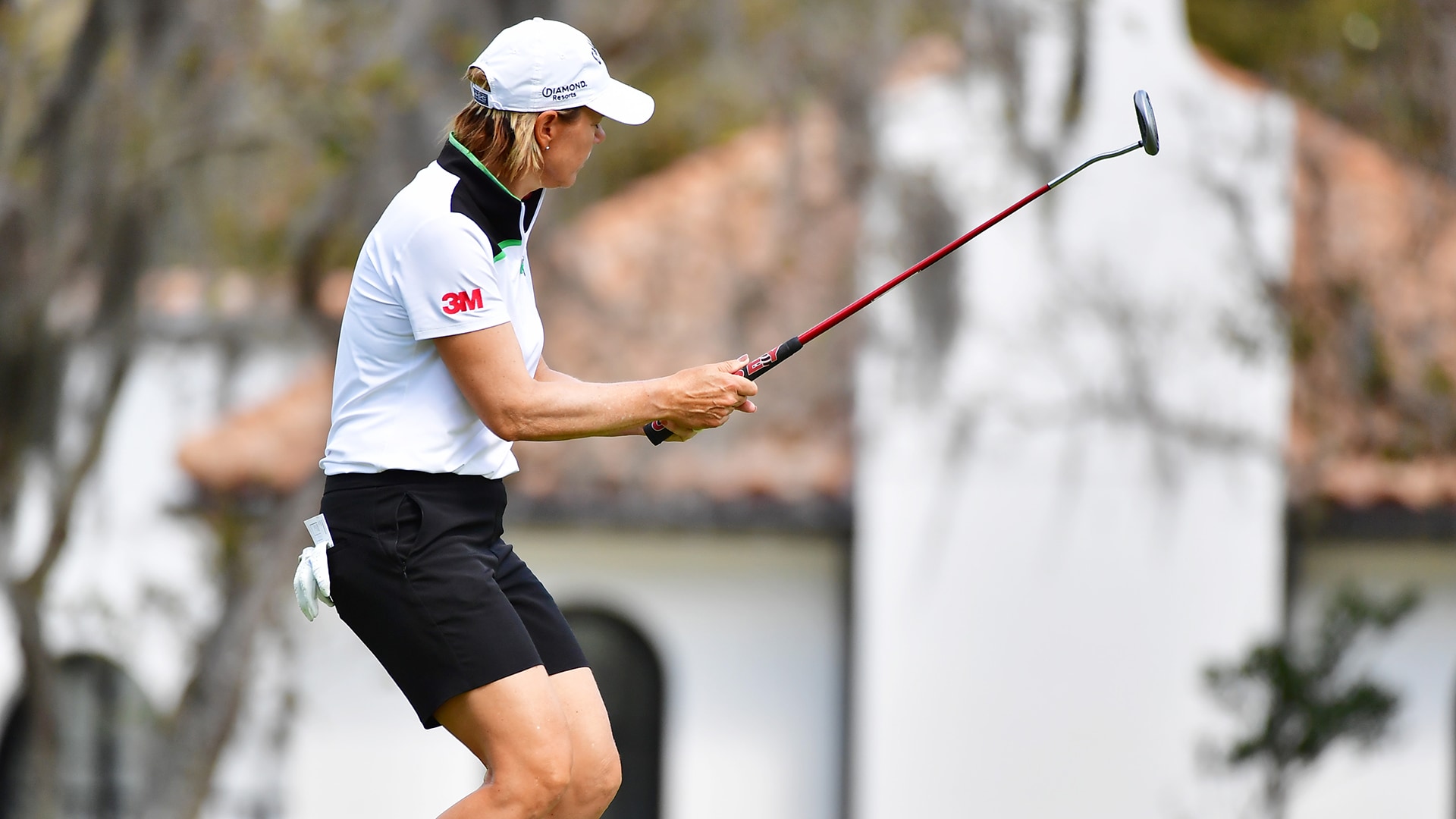 ORLANDO, Fla. – Annika Sorenstam sat down with her son, Will, on Friday night as the 9-year-old laid out his third-round plan for his mother at the Gainbridge LPGA. It was the second time this week that the mother-son team went hole-by-hole, discussing what the 72-time LPGA winner would need to do to successfully navigate their home course of Lake Nona Golf and Country Club.

However, Sorenstam wasn't able to execute that plan on Saturday, a day after making the cut in her first LPGA start since 2008. She shot 7-over 79 to slip to 9 over, where she sits last among the 74 players who made the weekend.

“We went through the game plan and I had a good feeling this morning,” Sorenstam said with a smile. “I was ready to do that, and unfortunately I did not follow his plan. Not intentionally, but it was a hard day at the office, as they would say. Just didn't happen at all today.”

On Saturday, Sorenstam played with Kristen Gillman, a two-time U.S. Women’s Amateur champion, and Pornanong Phatlum of Thailand. Gillman is one of 40 alumni in the field who competed as an amateur in one of the events put on by the ANNIKA Foundation. For Sorenstam, it’s as exciting for her to reconnect with the young players she saw grow up in the game as it is for them to play alongside a golf icon.

“It's fun to be inside the ropes with those players that we had those tournaments with, and some of them I've given clinics to, and then I'm out there with them, so it's cool,” Sorenstam said. “We are proud of the ANNIKA alumni and what we've achieved, to see the great success that they're having.”

Sorenstam has found success this week, too. While rounds of 75-71-79 weren’t likely what she had in mind, the sheer experience of being back inside the ropes, competing on the LPGA for the first time in 13 years, has served its objective. Sorenstam’s intention was to use the week as preparation for the U.S. Senior Women’s Open this summer.

“The purpose is to get experience, so I was trying to follow my routine and do everything I do on every single shot,” Sorenstam said. “I did that, so I'm pleased about that part.” 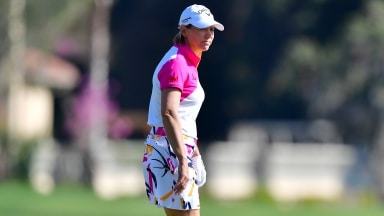 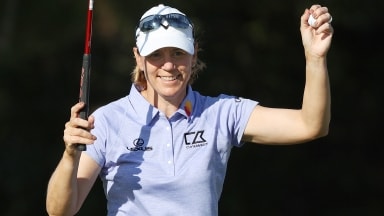 Annika Sorenstam didn't let one bad hole or an opening 75 ruin the enjoyment of her return to LPGA competition.