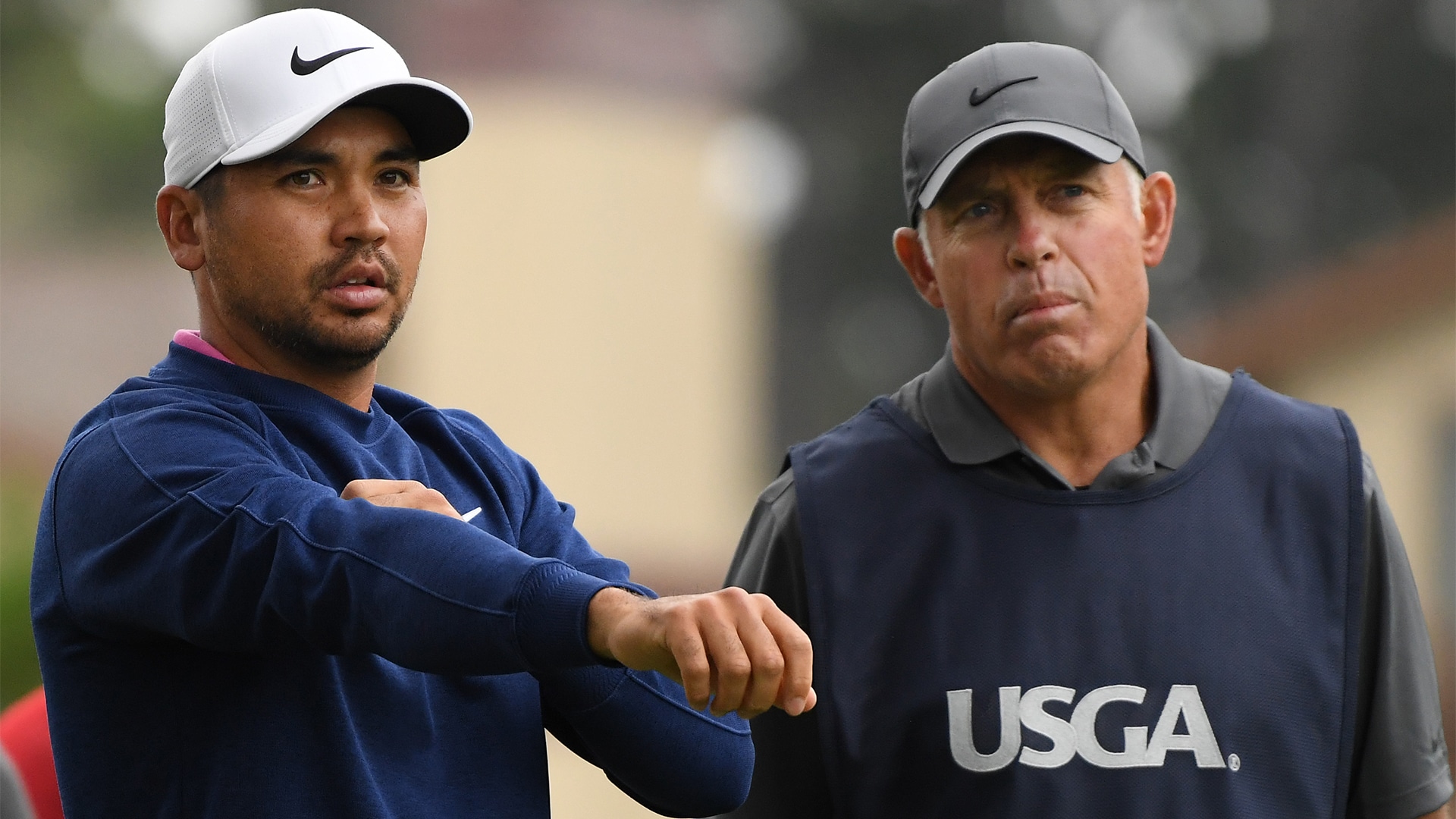 PEBBLE BEACH, Calif. – Only three jobs were appealing enough to lure caddie Steve Williams out of retirement, and so there he was Thursday alongside Jason Day, staff bag slung over his left shoulder, head down, right arm swinging as he strode purposefully up the fairway at Pebble Beach.

As intrigued as Williams may have been, Day phoned the legendary looper out of necessity. Disappointed with how his season has gone, Day recently sat down with his agent, wife and swing coach and got some tough love. You’re not working hard enough, they told him, and Day agreed.

He’s 31 years old. He’s reached world No. 1, captured a major and won 12 times on the PGA Tour. But Day has not, at least in his mind, maximized his potential.

“When I retired from caddying, I told my wife that there’s only three players I’d considering working for, and Jason is one of them,” Williams said. “He’s not at his peak yet. It was an opportunity I relished.”

And it was a partnership that Day believed he desperately needed. His “mini-slump” this season – four top-10s, but a slipping world ranking (now 16th) – was the continuation of a frustrating few years, when he’d tried and failed to regain the world-class form that saw him rise to the top of the rankings in 2015. That rough patch led to him removing longtime swing coach/father figure Colin Swatton as caddie in favor of a rotating cast of old friends that never worked out.

On the phone, Day was clear with Williams about his intentions: “My goal is to get back to No. 1 in the world. I want to do everything I possibly can to get there. Whatever you think I need to do, I’ll do it.”

Day has always been a tortured soul, trying to balance the selfishness needed to become the world’s best with being the best husband and father to three young kids. Hard work has always been the solution to his problems; he mentioned “work” 21 times in his pre-tournament news conference.

Spraying it with the driver? Work harder.

Irons not dialed in? Work harder.

And so it was fitting when Day was asked the best piece of advice he’d received so far from the no-nonsense caddie: “Work harder. You don’t get anywhere in life without sacrificing and working hard. That’s just plain and simple.”

What isn’t so clear is how to actually achieve that. Day felt guilty not having his entire family on the road with him this spring, just as he felt bad turning down his oldest son’s request to go to the beach this week, because he had to prepare his game, body and mind for the toughest test in golf.

He owed that much to himself.

Like any great caddie, Williams has adapted his style to fit his boss’ complex personality. For Woods, Williams was a Rottweiler, attacking any fan or photographer or fan who threatened to pierce his boss’ protective bubble.

That brusqueness is missing now. On Thursday, in fact, Williams was downright pleasant. Tossing water bottles to spectators. Standing next to Day with his hands clasped behind his back, calmly walking him through his vision for the shot. Even talking to this reporter afterward.

“When you’re a caddie, you’ve got to be able to restore confidence in your player that allows him to swing freely and think clearly,” Williams said. “You’ve got to know how to say it and when to say it. I’m aware of what his problems are, and I’m going to try to solve those problems.”

The interview was cut short because, of course, Day felt unfulfilled after the round. He’d missed too many putts during an opening 1-under 70, leaving him four shots off the early lead at the U.S. Open, and so they hustled off to Pebble Beach’s practice green. There was more work to do.

“He came back on the bag to win major championships,” Day said, “and hopefully I can fulfill that dream for both of us.” 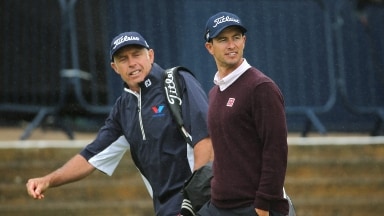 For the first time as a team, Jason Day and Steve Williams will play for a victory Sunday at the Travelers Championship. 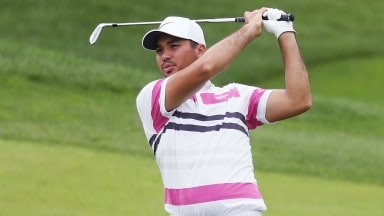 After a second-round 63 Friday at the Travelers, Jason Day announced that he was going back to the range. In the rain. Just like he did after his round Thursday.