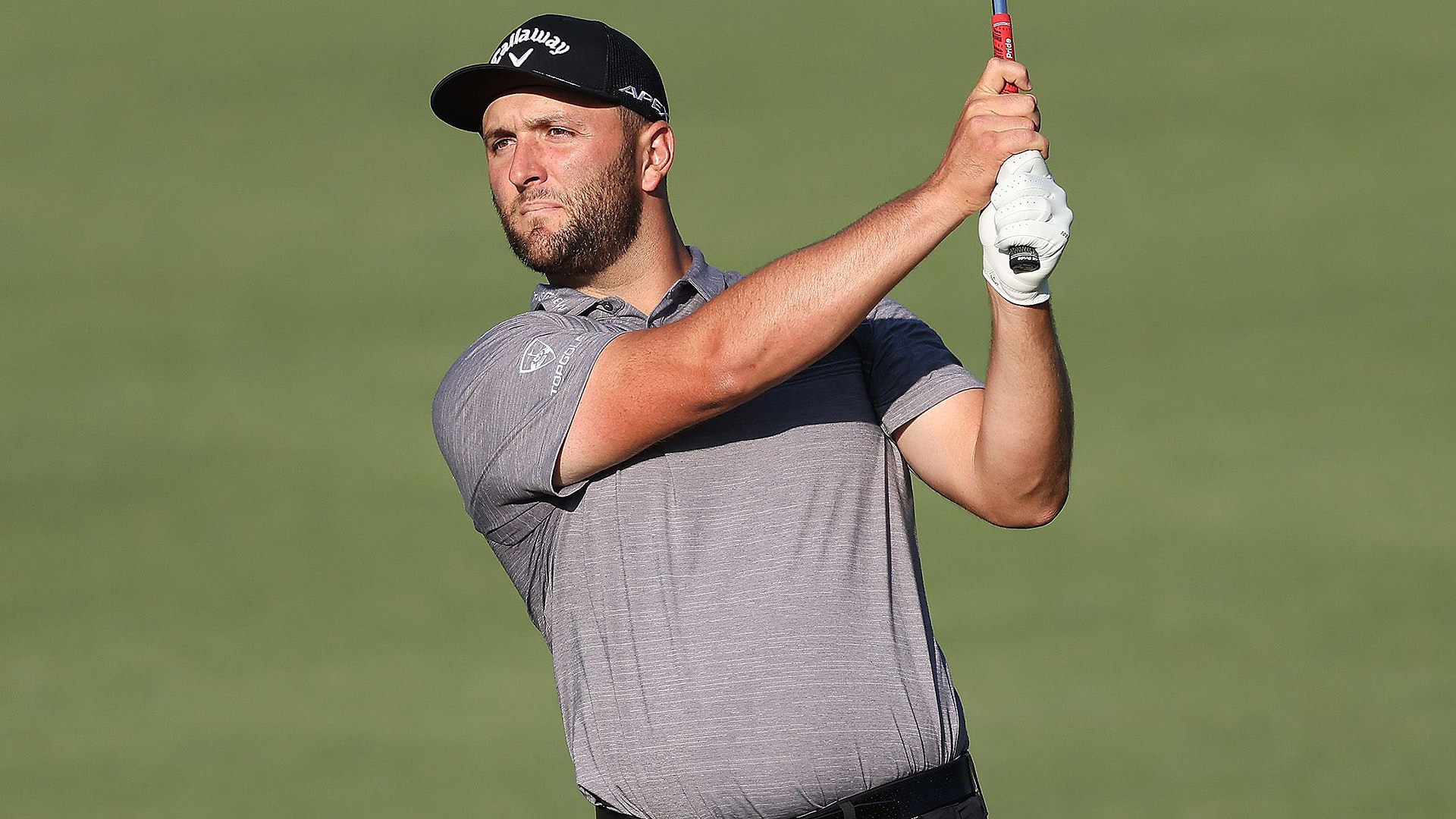 DUBLIN, Ohio – For Jon Rahm it was worth the wait.

The Spaniard returned to Muirfield Village early Saturday to complete his weather-delayed second round and put the finishing touches on an eventful 65 that propelled him into the lead at the Memorial.

Rahm birdied the par-4 13th hole late Friday when play was halted by darkness. When he returned Saturday he bogeyed No. 14 and was a shot off the lead when he arrived at the par-3 16th hole.

“I did not think any ball landing short of the pin would go in just because it's coming in with such height from the elevated tee and the greens are soft,” Rahm said of his 8-iron tee shot that bounced twice before dropping into the hole. “You can kind of see my face of surprise, because I was pretty sure that ball was going to be past the hole about 15 feet.”

Rahm has a complicated relationship with the 16th hole at Muirfield Village. During last year’s final round, he chipped in to pad his lead over Ryan Palmer but after a video review it was determined he caused his ball to move in the rough before hitting his chip and he was penalized two strokes. Even with the penalty Rahm still won the event.

“I told [caddie Adam Hayes], I was walking down after I picked up the ball, I'm, like, well, that is some good karma and payback from last year,” Rahm said. 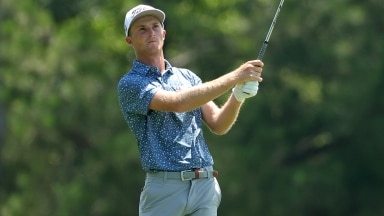 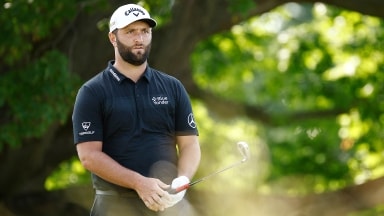 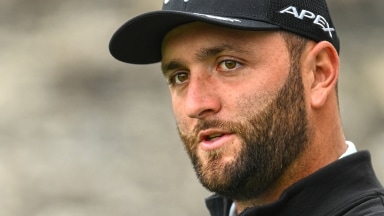 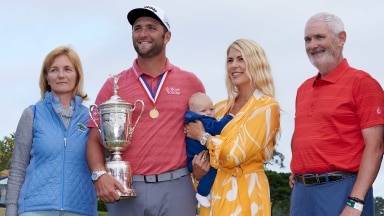