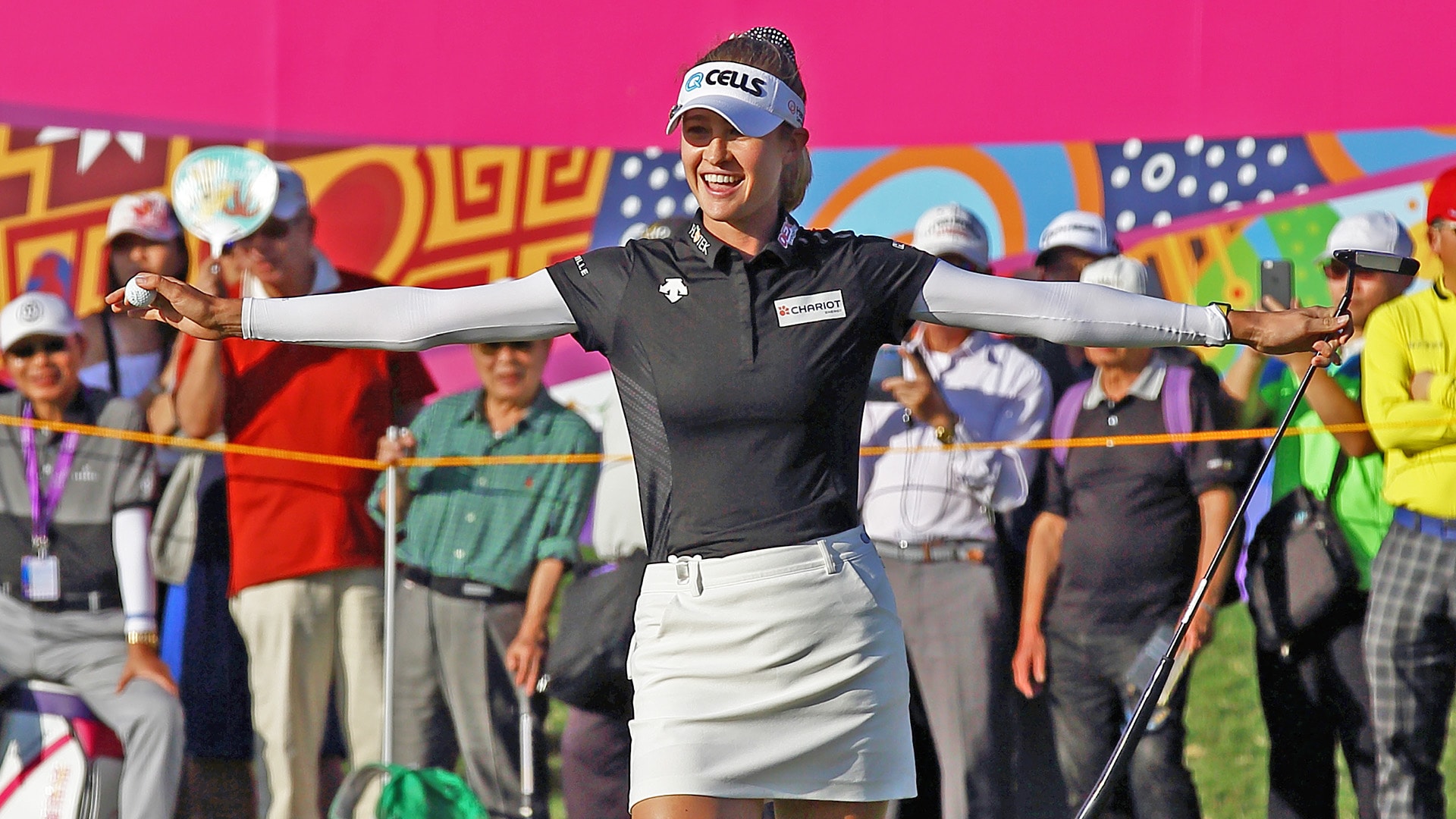 TAIPEI, Taiwan – Defending champion Nelly Korda shot a 7-under 65 to take a three-stroke lead after Saturday's third round of the LPGA Swinging Skirts.

Korda, who started the round one stroke back of overnight leader Mi Jung Hur, carded seven birdies at the par-72 Miramar Golf Country Club to finish at 18-under 198, three strokes ahead of Minjee Lee, who shot a 67.

"I think I've gone over 36 holes without a bogey, which is something that I always strive to do," Korda said. "I don't remember the last time I did that. I don't think I've ever actually done that. But I'm just playing really solid golf, and there's still so much golf to be played."

Lee briefly moved into a tie with Korda after back-to-back birdies on the 11th and 12th. But Korda quickly regained the lead with a birdie of her own on the par-5 12th.

Caroline Masson shot 66 and was in third place, four strokes behind.

Top-ranked Jin Young Ko withdrew during the third round. She was 2 over after 10 holes and 5 over on the tournament. No immediate reason was given for her withdrawal.

Mi Jung Hur, who is looking for her third victory this season, shot a 71 and was in fourth place at 13 under.

Brooke Henderson, who shot a 64 on Friday, had five birdies against a pair of bogeys and a double bogey for a 71 that left her at 10 under.

Azahara Munoz was tied with Henderson in ninth place after a 64 that included seven birdies, an eagle and a bogey. 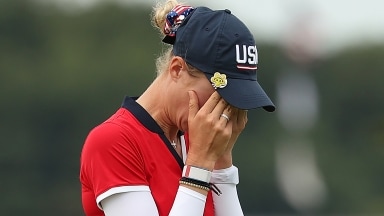 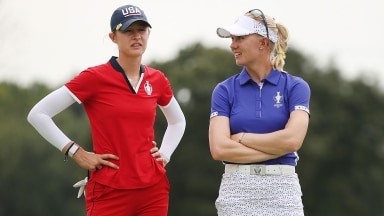 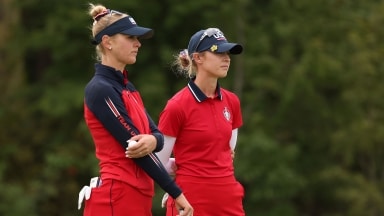