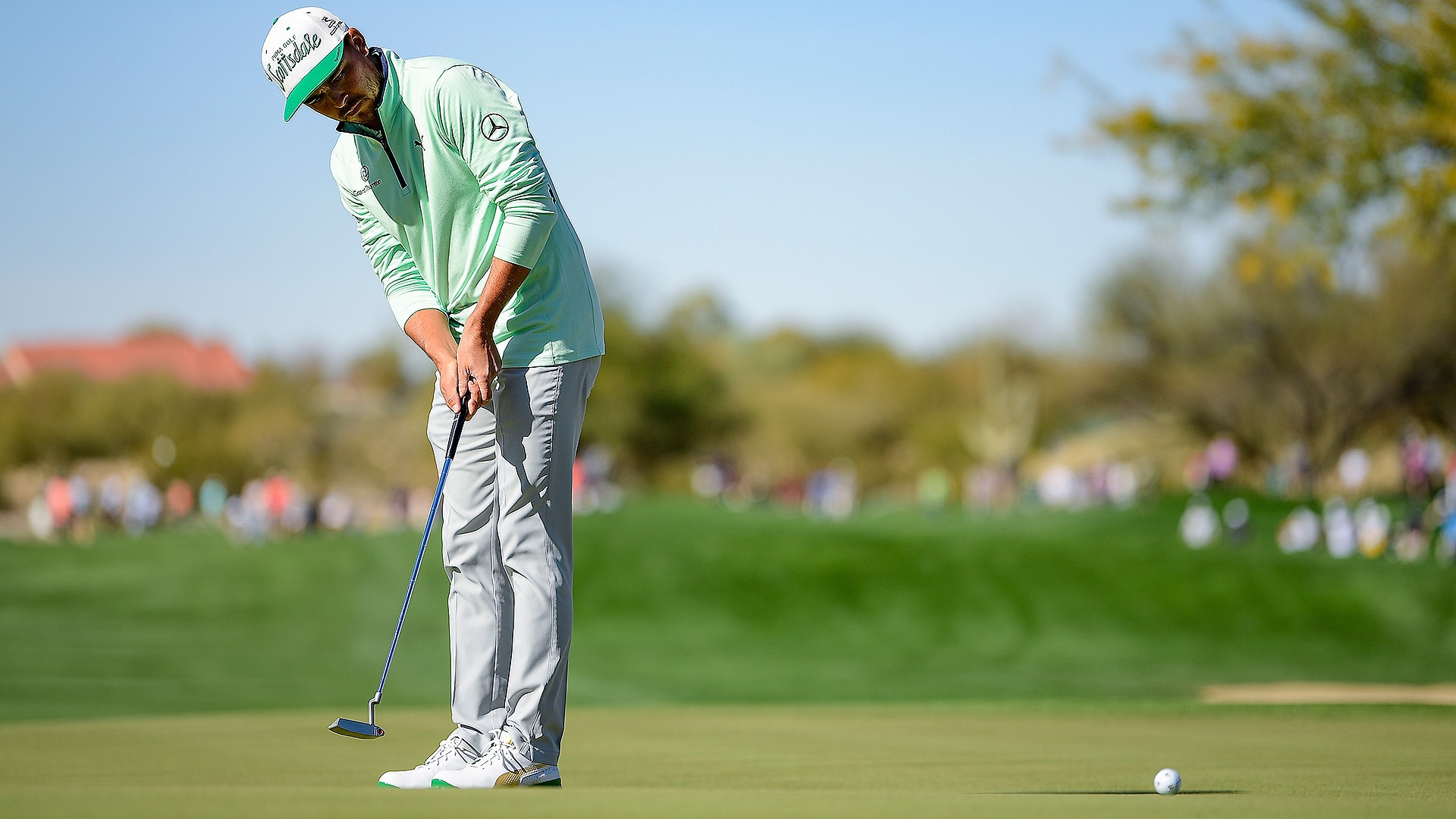 SCOTTSDALE, Ariz. – After sputtering out of the gates in defense of his Waste Management Phoenix Open title, Rickie Fowler bounced back in a big way during the second round.

Fowler finally broke through last year at TPC Scottsdale, winning the event after a series of near-misses. But he appeared headed for his second missed cut in as many weeks after an opening-round 74, an afternoon that included seven bogeys. For perspective, he made only five bogeys or worse across 72 holes here last year en route to victory.

But rebounding from what he described as “kind of a fluke,” Fowler carded a 6-under 65 that featured a pair of eagles and ensured he would avoid missing the cut at this event for the first time since 2014.

“I’m happy with today, coming back and playing well on the front nine to make it a little easier,” Fowler said. “Just happy with how we turned the driver around. That allowed us to go do what we did today, and I think we’ve got some low ones in us this weekend.”

Fowler hit only six of 14 fairways during the opening round, but he upped that total to 11 on Friday and needed just 27 putts to complete his round. Starting on the back side, he made a 33-footer for eagle on No. 13 and added a 23-footer two holes later for his second eagle of the on his way to an outward 30.

At 3 under, Fowler still trails Wyndham Clark by nine shots, making a successful title defense unlikely. But after missing his first cut since August last week at Torrey Pines, he’s eager to get two more cracks at a course where he has finished 11th or better each of the last four years.

“It’s hard to keep the momentum going when you’re having to try and make putts for par,” he said. “Today it was nice to hit more fairways, hit more greens and keep it fairly stress-free and move forward.”