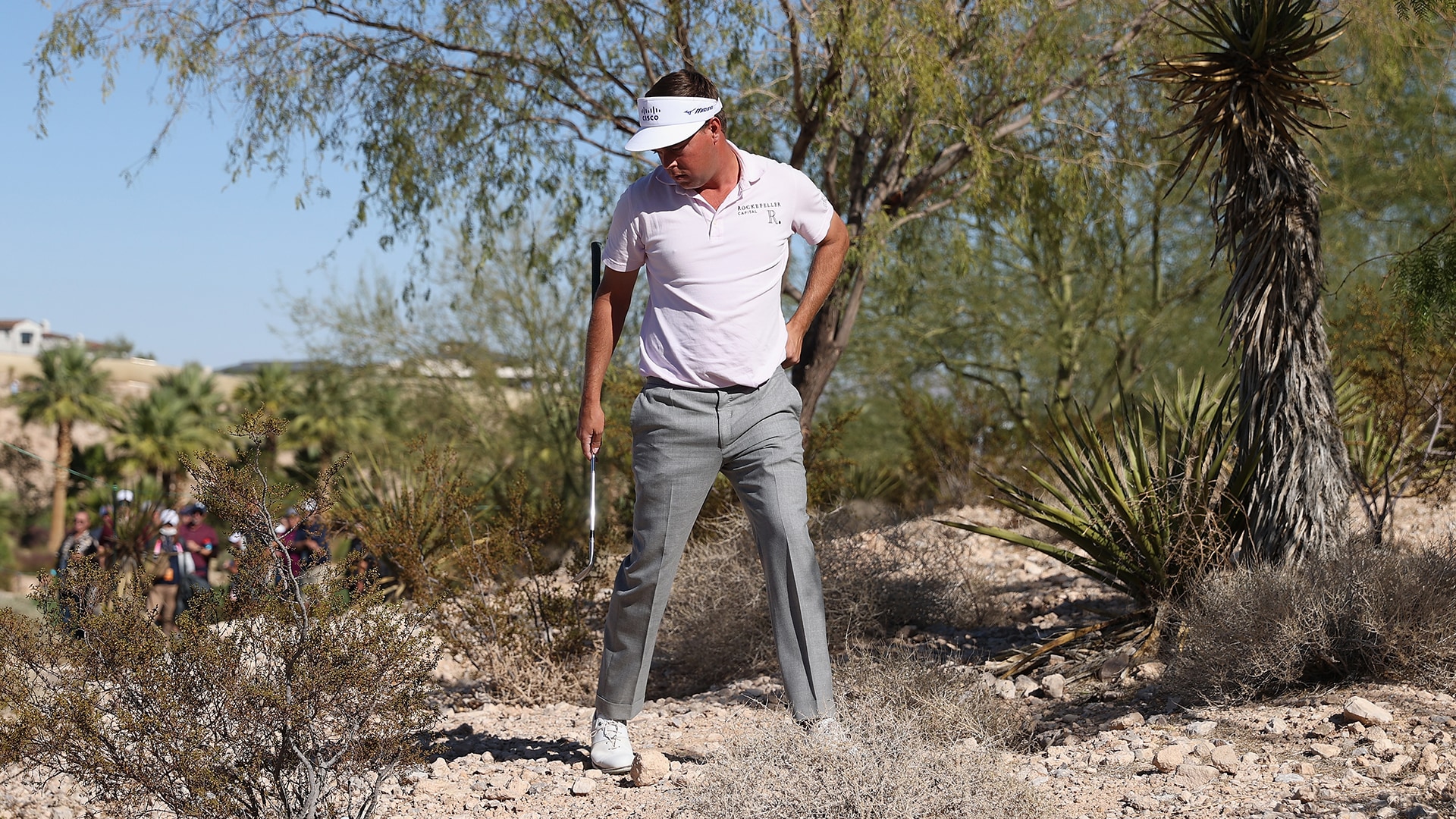 Keith Mitchell described his game as being a roller coaster after opening the CJ Cup in 62-64 to take a five-shot lead.

If the opening two days at The Summit Club were the climb, then Saturday’s third round was the drop. Mitchell shot 1-over 73 to go from comfortable leader to four shots back with one round to play.

Mitchell did get off to a hot start on Moving Day with two birdies in his first three holes. However, he capped his front nine with back-to-back double bogeys – both coming after tee balls into the desert – to shoot 2-over 38 and then only shot 1 under on the back side as Rickie Fowler, Rory McIlroy and others flew past him.

"I hit two bad swings and that's really all it was," Mitchell said. "When you get in the desert, I mean, it is a nightmare."

Fowler leads McIlroy by two shots at 21 under. Mitchell, meanwhile, is at 17 under and hoping he’s there’s another lift before this week’s ride is over.

"It's hard when you're out there and you're not playing well," Mitchell said, "but you look at the leaderboard and you're still right there, to try to get yourself to get motivated and get back in it because you know you don't have your best stuff right then. ... Hopefully I can figure out something between now and tomorrow and make a few more putts, and a good finish is a good finish regardless if you win or not."