Despite 66, Spieth frustrated by short misses 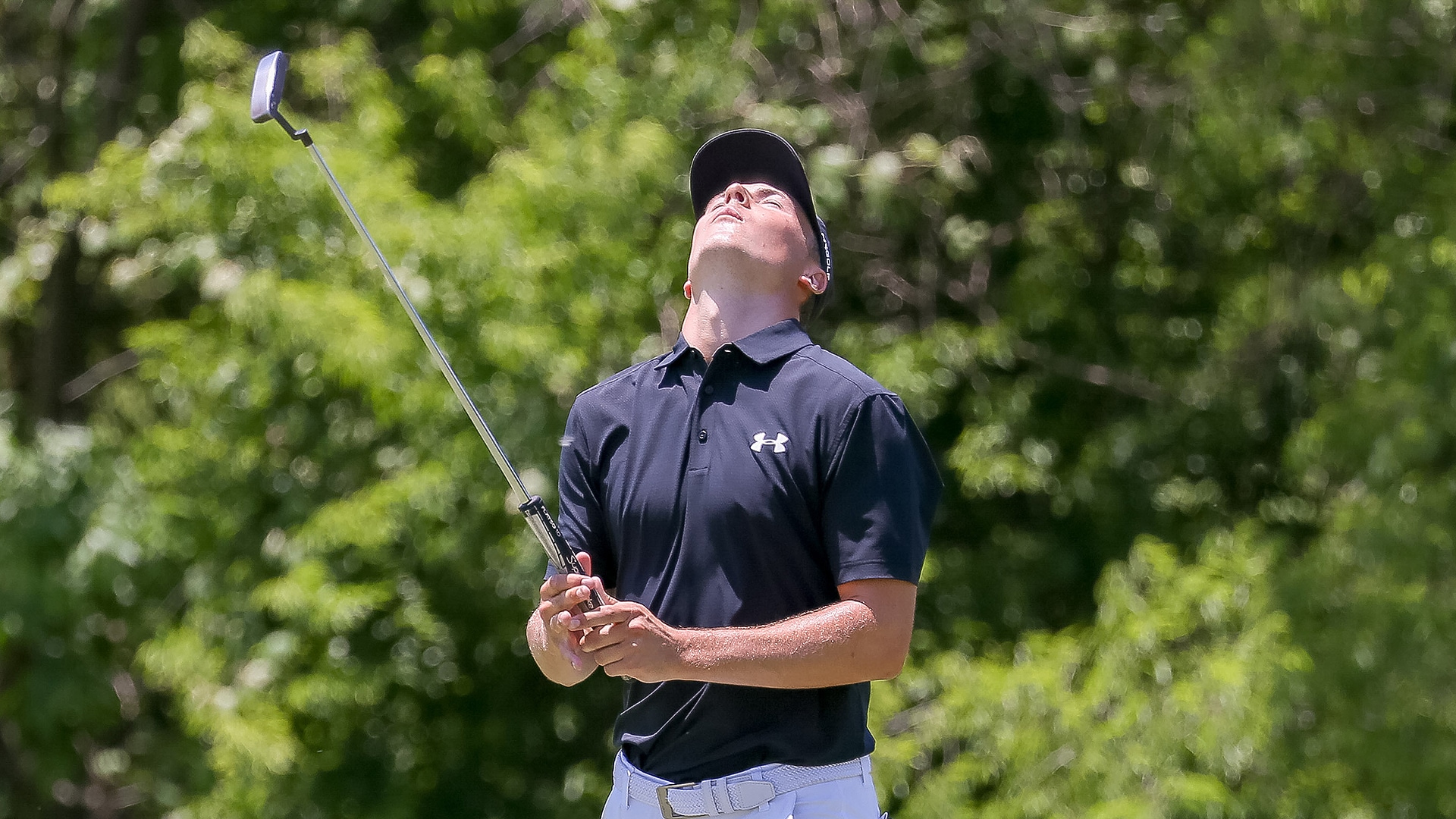 DALLAS – After a frustrating opener on the greens at Trinity Forest, Jordan Spieth made progress during the second round of the AT&T Byron Nelson – even though he still couldn’t escape the short miss.

Spieth moved up the leaderboard after a 5-under 66, and at 7 under he was inside the top 20 when he ended his round. But he was left to rue a pair of misses from close range, first a 15-inch par putt on No. 15 and then another from inside 3 feet on No. 9 to close out his round with a disappointing three-putt from inside 12 feet.

“Kind of laziness to miss a tap-in, and on the last hole just to not wait until I felt comfortable with the breeze off my back. I just pulled it,” Spieth said. “Obviously really frustrated missing two putts, one inside a foot and one inside 3 feet, with all the progress I made in my putting.”

Spieth’s putting has been an area of concern for much of the week, as he entered this tournament ranked 183rd on Tour in strokes gained: putting. There’s still work to do, as his 13-foot birdie make on No. 5 remains his longest made putt through 36 holes.

But Spieth was encouraged by an eight-hole stretch in the middle of his round that included six birdies as he moved from the cut line onto the fringe of contention.

“A lot of the round I was sitting there going, ‘Man, I’m hitting shots where I want to and hitting putts where I want to, and they’re not going in. I’ve got to do something to make a putt,’” Spieth said. “Once it started getting going there, I knew I had a lot of holes that I could feed the ball in.”

Spieth explained that he and swing coach Cameron McCormick worked on a tweak to his putting prior to the start of the tournament, but admitted that he “almost forgot about it” during the opening round. Still with two rounds left to catch Marc Leishman on a course where Spieth is a member, he realizes that his struggles on the greens have created a significant deficit.

“I’m eight back, and eight is a lot of shots,” Spieth said. “Six is a little different with two rounds to go. But I’ll go out and play the golf course the way it needs to be played. I’m not going to force anything, I’m going to try and be in the fairways as often as I can.”