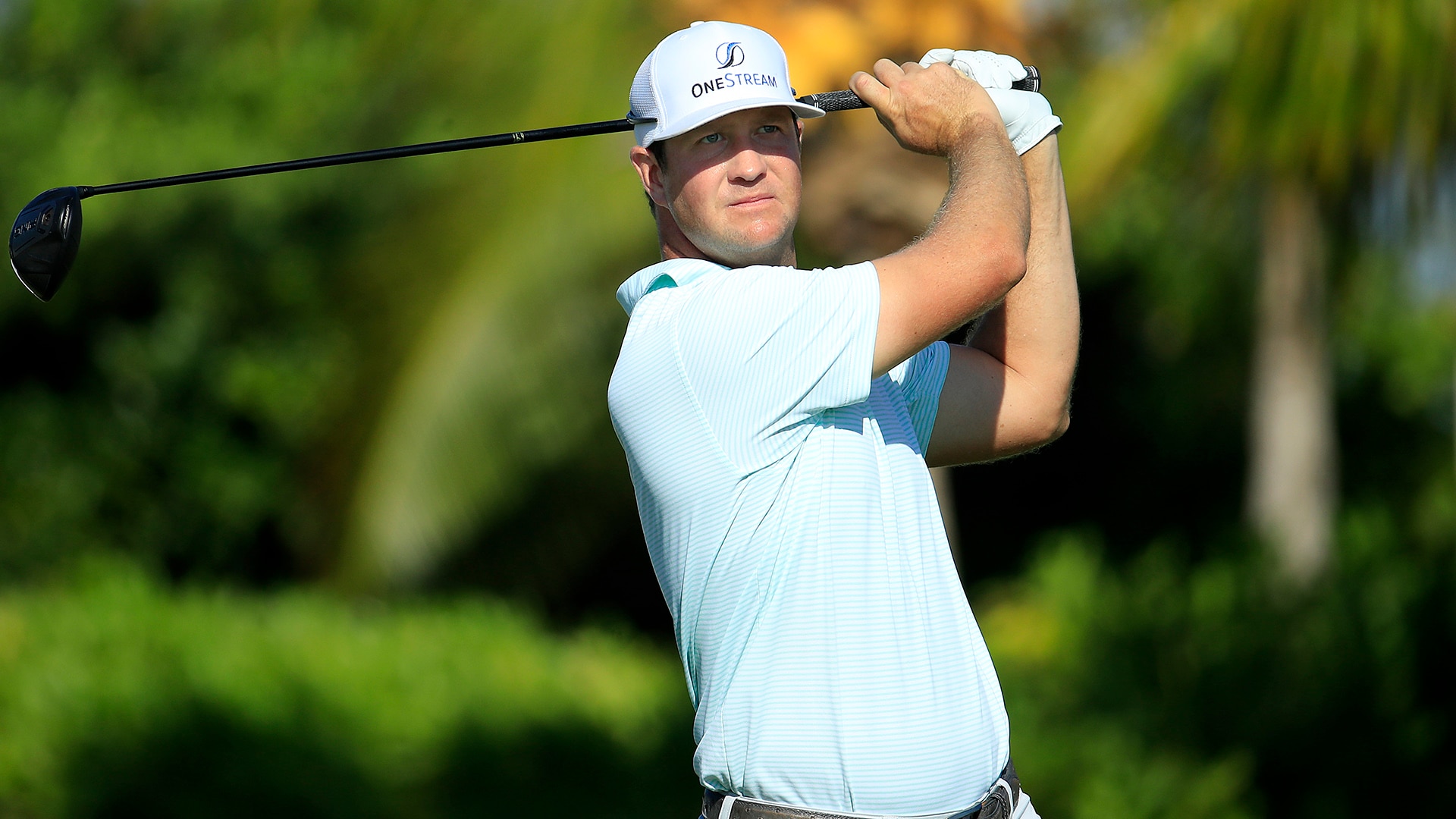 Two holes into his second round Friday in the Dominican Republic, Hudson Swafford was stung by a hornet.

Instead of negatively affecting his round, though, the sting actually helped Swafford focus. He fired a 5-under 67 to break out of what was a four-way tie for the lead at the Corales Punta Cana Resort and Club Championship.

"I guess it kind of just cleared my mind of the golf thing and just let me focus on something else," Swafford said.

Swafford had just hit his tee shot on the green at the par-3 11th hole when he grabbed his putter on the tee box. At that moment, a hornet stung Swafford on his right hand.

“Literally right in the joint of my pinky,” said Swafford, who added that his caddie was stung on the forearm during Thursday’s first round.

“It started swelling up, so I was just kind of rubbing ice on it after tee shots for the first five, six holes on the back side.”

Swafford birdied two of his next three holes after being stung, and he finished with seven total birdies after carding eight in a first-round 65. At 12 under, Swafford leads by two shots over Luke List, Sean O'Hair and Justin Suh, the former top-ranked amateur and another highly touted player from last summer's first-year pro class.

“[My caddie] said it's kind of a good omen,” Swafford added. “We played well and we ended up playing well again today."