Despite Thomas' giant lead, intrigue still there for Atlanta hopefuls 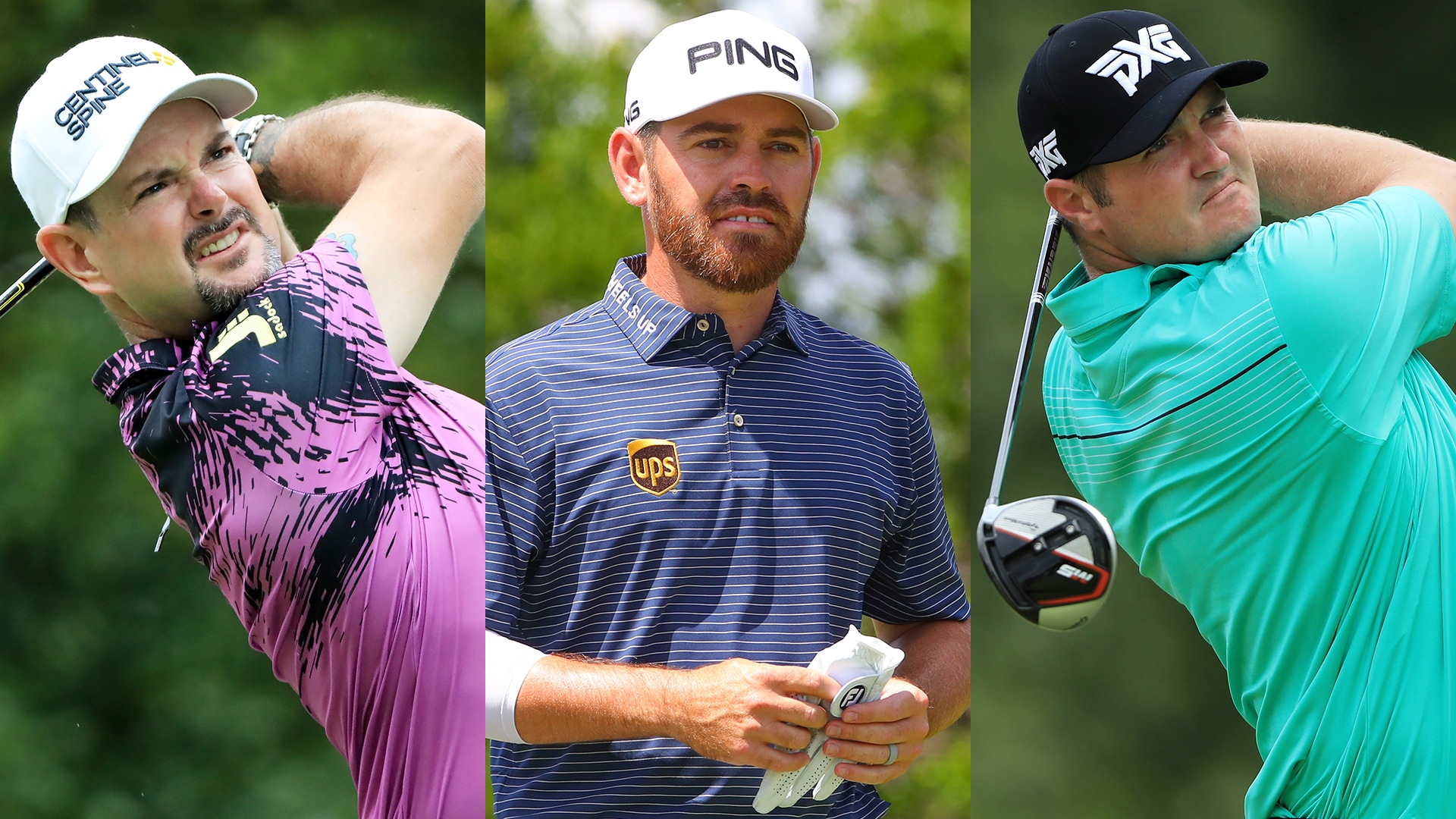 MEDINAH, Ill. – While Justin Thomas has sucked any lingering drama out of the top of the leaderboard at the BMW Championship, there’s still plenty of intrigue heading into the finale at Medinah as players jockey for positions and places in the season’s last event.

Only 30 players will advance to next week’s Tour Championship, and while Thomas appears poised to start East Lake at 10 under as he carries a six-shot lead into the final round, many others are simply trying to earn a flight to Atlanta. The bubble boys range from rookies to seasoned veterans, all looking for one more good round to reach the capstone of a marathon season.

The financial incentives for making the Tour Championship need no explanation, as the winner will claim a $15 million prize. But there are other priceless prizes up for grabs, including spots in the Masters, U.S. Open and Open next year. Get to East Lake and your schedule for the upcoming season is guaranteed to be chock full of elite events.

That’s an enticing incentive for Rory Sabbatini, who at age 43 is trying to make the Tour Championship for the first time since 2007. Sabbatini hasn’t played the Masters since 2012, but after firing a back-nine 30 the Slovakian moved all the way into fourth place – a position that now has him projected to move from 45th to 22nd in points.

“I kind of had a target in mind, and I’m a couple shots shy of getting there,” Sabbatini said. “So tomorrow I’ve got to go grind it out and really put my foot down and play well.”

Also inside the projected top-30 number is Sungjae Im, the Korean workhorse who is making his 34th start of the season. Im would qualify for his first Masters with a Tour Championship appearance, and at age 21 he’d likely lock up Rookie of the Year honors. After struggling through the first two rounds, he shot a third-round 66 and is projected into the 29th spot heading into Sunday.

Louis Oosthuizen has seen both sides of the Tour Championship bubble. Back in 2015 the South African eked out a 30th-place finish, narrowly qualifying when the BMW was held at nearby Conway Farms. But two years ago he wasn’t as fortunate, left on the doorstep of East Lake at No. 31.

This time he’s back on the bubble, starting the week at No. 28 and projected at No. 30 entering the final round.

“I don’t even know where I have to finish to be in the top 30, to be honest. I think the only time I see it is when they show it on the board, you make this birdie and you’re in, that type of thing,” Oosthuizen said. “I think if I just have a solid round tomorrow, I’ll probably be fine. And if I’m not, it’s one of those things where obviously it’s nice if you’re in Atlanta, but a good break will also be very nice.”

Oosthuizen’s credentials as a major champion and staple among the top 50 in the world likely allow him to lower the stakes for Sunday’s round outside Chicago. But there’s much more on the line for a guy like Jason Kokrak, who has been on Tour since 2012 but has never played the Masters. Kokrak said earlier in the week he has turned down “a hundred” invites to Augusta National, waiting until he qualifies to step foot on the property.

His chance awaits Sunday, after a topsy-turvy back nine that included five birdies, two double bogeys and a single par left Kokrak right where he started the week in the points projections: 32nd, still on the outside but within reach of the promised land.

“The pressure’s off. You’re here, you’ve kept your card. It’s a bonus for you to get into all those events,” Kokrak said. “I think if I can eliminate some of the mistakes I had out there, the birdies are there. If I can just make bogeys instead of those doubles, I think I’ll be right in the mix.”