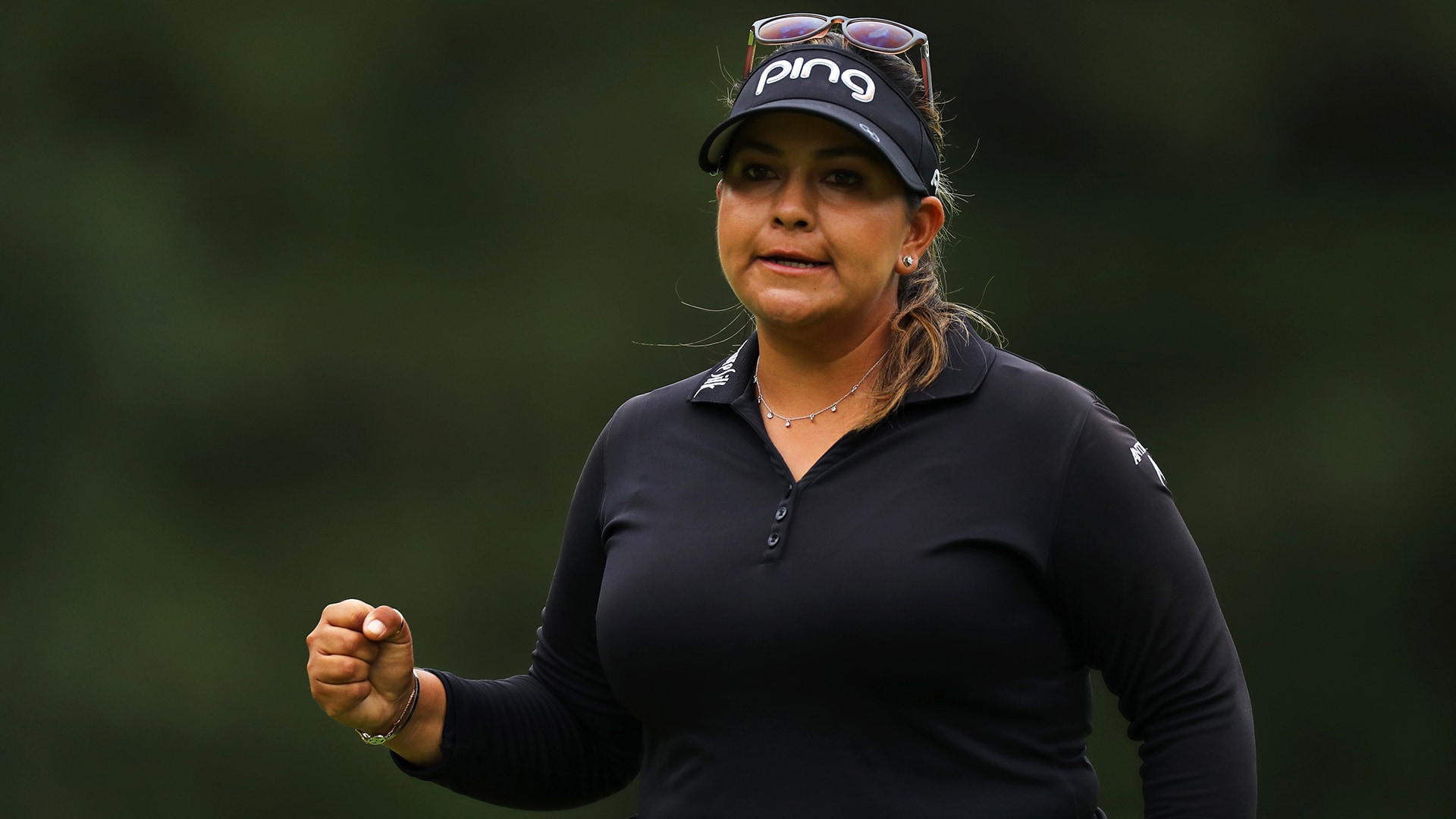 WOBURN, England – Lizette Salas played brilliantly Sunday trying to win her first major championship, but she left with the sting of losing the AIG Women’s British Open after a missed opportunity in the end.

With Salas playing so confidently through nearly the entire round, it didn’t seem fair she lipped out a 5-footer for birdie at the 18th hole, a chance that would have put her one shot ahead of Japan’s Hinako Shibuno, who was playing behind her.

Instead, Salas watched Shibuno hole an 18-foot birdie at the last to beat her by a shot.

“Obviously, I could have finished a little better, and it stings a little bit,” Salas said. “But I've just been working so hard this entire year. I'm so proud of my team.”

Four shots down at day’s start, Salas became the player to beat with her sizzling play. When she holed a 20-foot putt at the 15th, her eighth birdie of the day, she seized a one-shot lead.

Even at the last, Salas confidently carved a terrific approach, leaving her that final birdie chance.

“I told myself, 'You’ve got this. You're made for this,’” Salas said. “I'm not going to lie. I was nervous. I haven't been in that position in a long time, but I gave it a good stroke. I controlled all my thoughts. It just didn't drop.

“So congrats to our winner.”

Salas didn’t blink playing alongside Rolex world No. 1 Jin Young Ko, who was trying to win her third major championship this year. In fact, Salas put up a 65 to Ko’s 66.

“To pull off a 65 on a Sunday at a major like this, it's pretty awesome,” she said. “Pretty proud of myself.”

And encouraged by what she can do in the future.

“This is all great momentum going into Solheim,” she said. “This is great for my confidence. I just turned 30 a couple weeks ago, and I feel like I'm kind of reborn. I'm just happy to be in this position.” 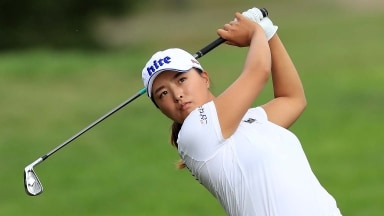 Ko looks to join legends such as Tiger, Hogan

Jin Young Ko put herself in position Saturday at the Women's British Open to make a Sunday run at joining legendary company.