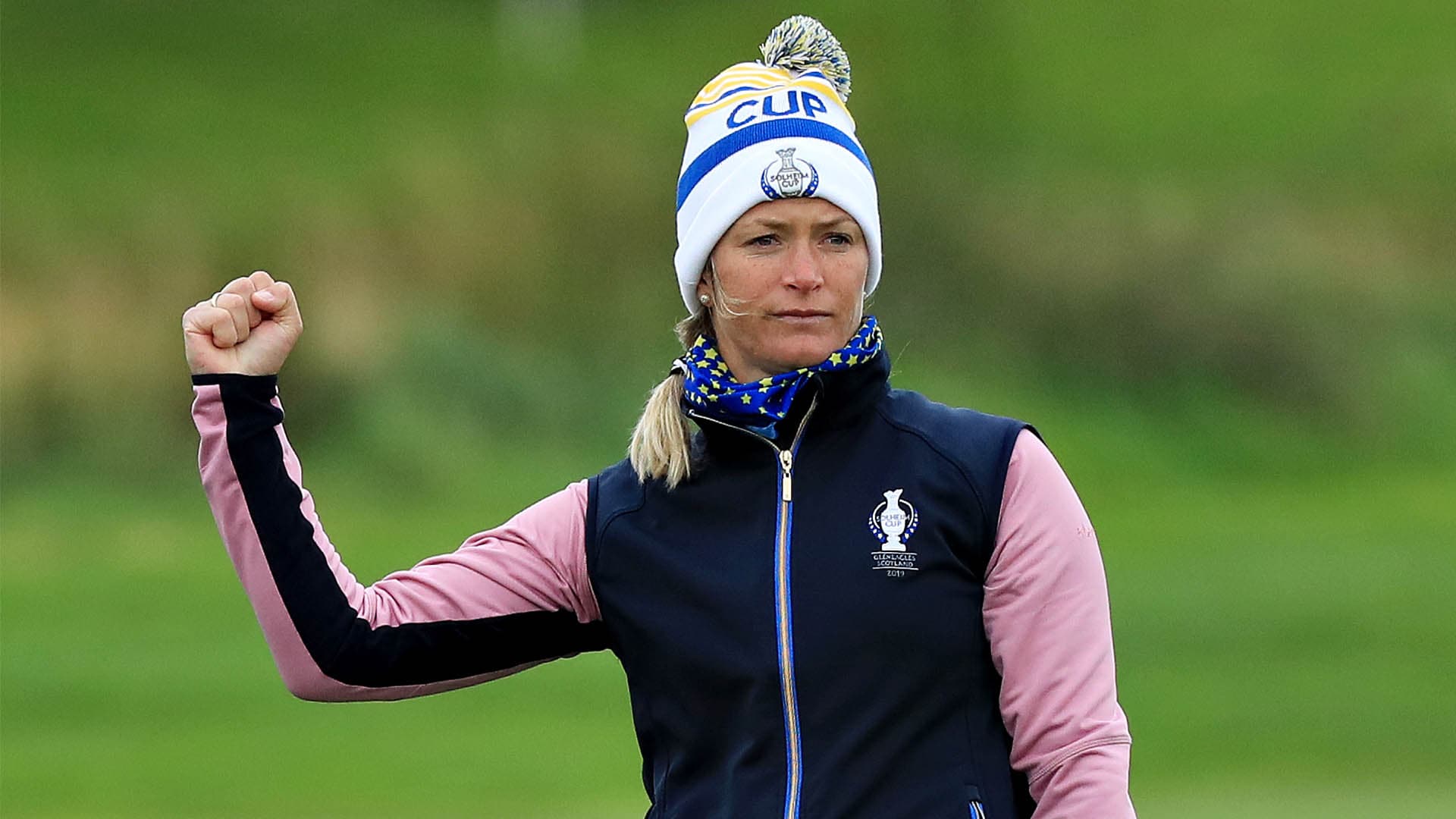 “I think [she] is the best golfer I've ever seen on the women's side,” Pettersen said. “… She just was absolutely a rock star.”

A day later, the high-profile European duo teamed up for a fourball encore at Gleneagles, and though they were ultimately taken down on the final hole by American rookies Annie Park and Brittany Altomare, Pettersen turned back the clock with a vintage performance.

The 38-year-old Pettersen entered the week as a controversial captain’s pick, having played just three stroke-play events since taking nearly two years off for the birth of her first child. There were talks outside the team about who would replace her as Europe’s fearless leader.

But Pettersen maintained that her game was in “great shape,” and she proved it Saturday afternoon, making five birdies and having her score count for all but four holes in brutal conditions.

All of Pettersen’s birdies came during a six-hole stretch beginning at the par-4 seventh, when her 15-footer was conceded after the Americans each missed par attempts. At the par-4 eighth, with a 30-plus mph wind howling into her face, she hit a piercing, low approach to 3 feet to set up another birdie. She followed with an up-and-down birdie at the par-5 ninth and added two more approach daggers to about 5 feet, at both the par-4 11th and par-4 12th holes.

“That was a great stretch,” Europe captain Catriona Matthew said. “… In those conditions, just phenomenal, it really was. Unless you were out there in it you didn't really realize quite how tough it was.”

Added Pettersen: “If you had told me I was going to go play golf in these conditions, I would have told [you] no. But if I could say I enjoyed it, yeah, I loved it. That's what this is all about. You kind of forget about the conditions and you just play what you get.”

Pettersen, who now has a 17-12-6 career record in this event after a 1-1 showing the first two days in Scotland, will get another rookie, Marina Alex, in Sunday’s third to last singles match. With the U.S. and Europe tied at eight points each, there’s a chance the Cup could come down to the wily Norwegian, who in a matter of days has gone from question mark back to ultimate intimidator.