Despite MC at U.S. Amateur, Nick Geyer leaves Bandon happy – and with a fiancee 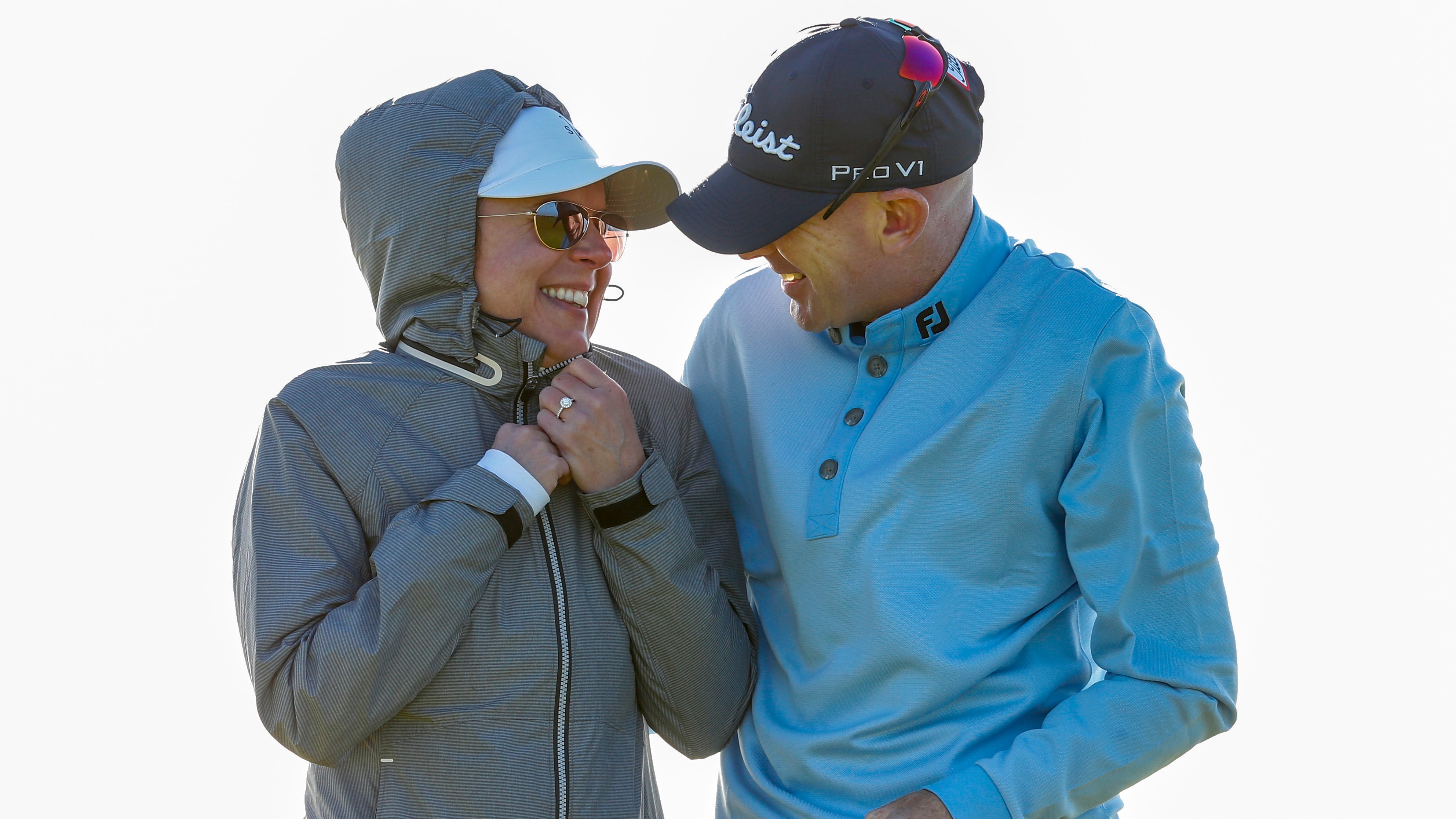 He won’t be leaving disappointed.

Geyer, the 32-year-old Scotty Cameron fitter from San Diego, shot 84-76 to miss the cut at Bandon Dunes, but it didn’t matter. During his practice round Sunday, Geyer got down on one knee on Bandon’s picturesque 16th hole and popped the question to his girlfriend, Lacey Pelham.

“It always matters what I shot, but certainly not as much as how lucky I am to be with Lacey,” said Geyer, who got the answer he was hoping to hear: “Yes!”

Geyer and Pelham have been together for over two years, so Pelham was expecting the proposal at some point. She just never imagined it’d be this week.

“Obviously, him and I are serious about each other, so I don’t think it was a total surprise that he asked me, but it was a total surprise that it happened here,” said Pelham, who isn’t a golfer but did loop for Geyer during his quarterfinal run at last year’s U.S. Mid-Amateur. “Of all weeks, it was not on my radar this week. … I don’t even know if I actually believed that it was really happening.” 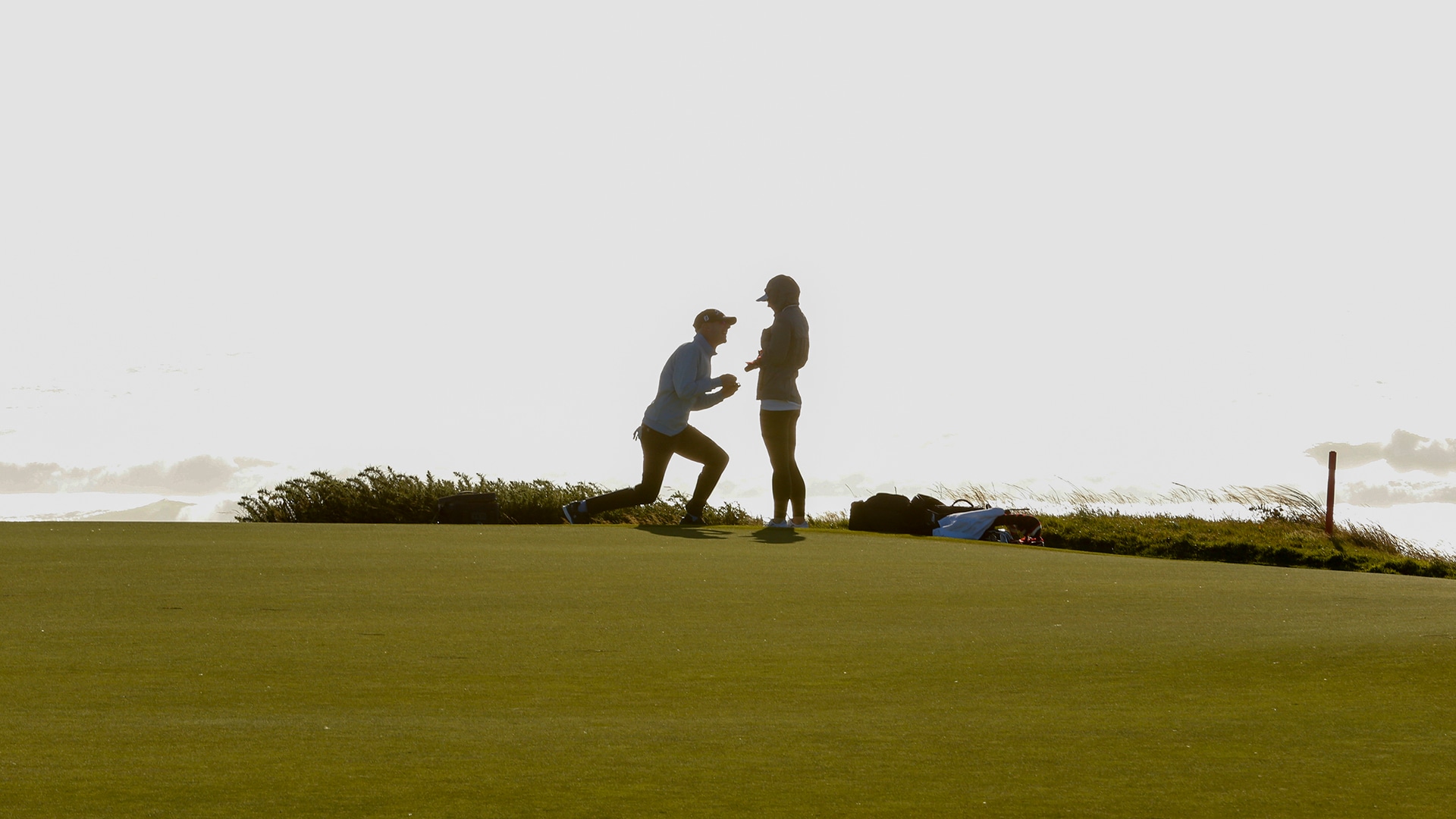 Geyer had been planning the big moment for some time. Four months ago, once the ring was finished, he slipped the box into his golf bag for safekeeping.

“It was the only place where I knew I could keep it a secret,” he said.

And there it stayed until Sunday afternoon – with one close call when one day Pelham went to put her ID in the bag. Geyer contacted the USGA to set up a photographer to capture the occasion, and he was lucky enough to have friend Evan Emerick, the assistant coach at San Diego State who is caddying for Puwit Anupansuebsai this week, in his group.

Geyer’s only complaint? “I just wish it wasn’t blowing 40,” he quipped.

“Amateur golf has been such a huge part of my life that it only felt right to combine the love of my life with my love for amateur golf, as corny as that sounds,” Geyer said. “This place is special and regardless of my poor play this week, it will always be special.”