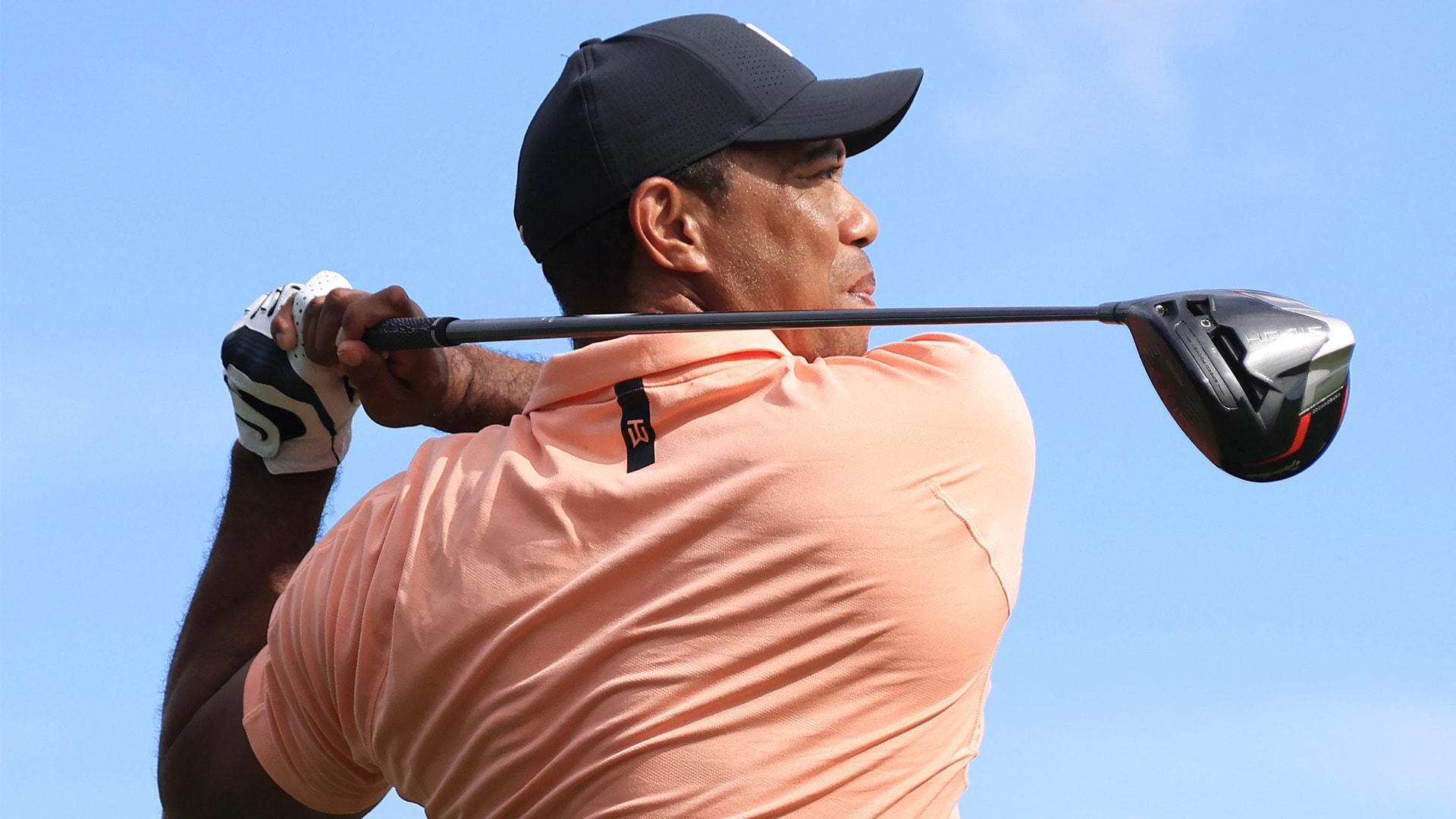 ORLANDO, Fla. – It had been a year since Tiger Woods had played tournament golf and even the 15-time major champion didn’t know what to expect on Day 1 at the PNC Championship.

But he knew he needed a good day off the tee from his son and forever teammate Charlie.

“I was hoping that Charlie would drive it as well as he did today so I didn't have to hit as many, save me for the short shots and I can still hit short irons and I can still putt,” he admitted.

He also needed his body, a case study in modern medicine and determination, to do something it’s done just three times this year – hold up for 18 holes of golf.

The record will show Woods was playing in what he called a “hit-and-giggle,” riding in a golf cart with extremely low expectations. But considering how far he’s come in the 10 painful months since he severely damaged his right leg in a single-vehicle crash near Los Angeles, there were still so many more questions than answers.

To be exact, Woods said he hit exactly three “golf shots” on Saturday at the Ritz-Carlton Golf Club. That’s three out of a combined 62 that his team needed to finish the day tied for fifth place, just three shots off the tee.

There was the 4-iron from 220 yards at the par-5 third hole that stopped 18 feet behind the hole.

“That 4-iron he hit into [No.] 3 today that was just ridiculous,” said Justin Thomas, who was paired with Team Woods on Saturday. “I looked at him and as soon as he sat in the cart, he just kind of looked at me and smiles and I knew exactly that that's the kind of shots that he hits when he's healthy.”

There was another solid second shot at the par-5 14th hole and then there was a 7-iron at the par-3 17th hole that had Woods talking golf like it was 2000.

“I didn't believe I could get it there but it was one of my old shots, so to be able to turn that thing down and hit that thing and squeeze it out there like that was nice, even though it wasn't pin-high, but just the shot, the feel and the shape is what I was seeing,” he smiled.

If three shots out of 62 – keeping in mind that 12-year-old Charlie brilliantly carried the team off the tee – isn’t exactly what we’ve come to expect from the 82-time Tour winner, know that whatever comes from this week’s one-off cameo will be enough.

Even in the December twilight, Woods tried to temper expectations - be it external or otherwise - about his future. He has been relatively consistent here: Wherever his rebuilt right leg takes him, he will be at peace.

He’s been consistent on this from the outset, if this is the end of his competitive days that’s fine, but on Saturday there were three slivers of daylight. Actually, there were four reasons to be optimistic that this “challenge” season event is more than the sum of its hit-and-giggle parts.

If this comeback is bound for more glory it will be those three “shots” and a single drive at the par-4 11th hole that started it all. Woods has talked repeatedly about not having his “speed” and hitting the ball much shorter than he normally would, but that wasn’t the case at No. 11 when his drive bounded past Thomas’ best.

“He hit it past me on 11. I hit it pretty good and as his ball took that big bounce we looked at each other and I was like, oh, if it's going to happen, it's going to be this one because I think it just launched and yeah, that was a shot to the ego,” Thomas admitted. “He really didn't need to say anything. I was just so embarrassed that he hit it past me that that was enough.”

That’s it, three “shots” and a priceless drive. For Woods, that’s progress.