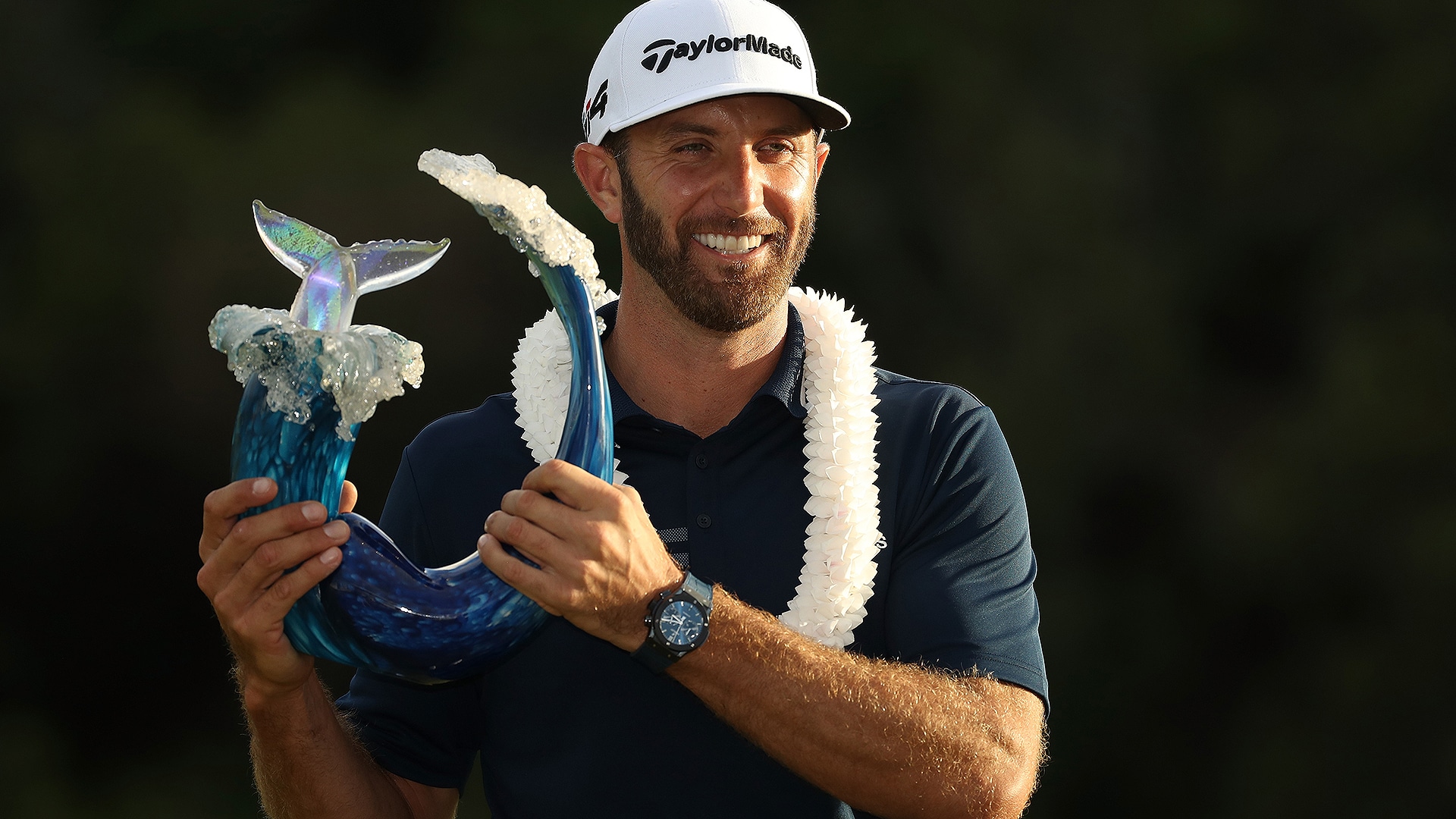 KAPALUA, Hawaii – Call it a bounce-back win, although that implies a competitive imperative, and with Dustin Johnson that’s simply never the case.

Perhaps the world No. 1 needed that shootout triumph against Jordan Spieth at The Northern Trust last fall to once and for all put away any lingering thoughts that the back injury he endured on the eve of last year’s Masters was a reason for lasting concern.

Maybe even after the 2015 U.S. Open when he three-putted the 72nd hole to drop a heartbreaker, also to Spieth, he needed something to remind him that a single week doesn’t define a career.

And maybe there was an element that wanted to see how DJ responded after blowing a 54-hole lead in late October at the WGC-HSBC Champions. But rest assured, Johnson neither desired nor needed a bounce-back victory to start his year at the Sentry Tournament of Champions.

Truth is, Johnson’s eight-stroke Rembrandt at Kapalua was no more important than any of his other 17 Tour tilts, but that doesn’t mean it was insignificant.

If one were inclined to gaze into the looking glass Johnson’s victory, his second in Maui, was a foreboding harbinger. It was, after all, a five-shot dismantling at last year’s Genesis Open that set DJ on a dominant path that only a poorly timed spill in his rental house could stall.

Johnson would win his next start after the Genesis Open, the WGC-Mexico Championship, and his next, the WGC-Dell Technologies Match Play, and veer down Magnolia Lane the closest thing to a lock to win the Masters since Tiger Woods was creating Sunday roars in his prime.

Johnson can now admit that it took the better part of a year to feel right again. His practice was limited, that explosive backswing was limited and his game predictably suffered.

Although he would close the season with another victory, that compelling duel with Spieth at The Northern Trust, that nuclear game just wasn’t the same, as evidenced by his collapse in China when he closed with a 77.

In China, Johnson turned a six-shot third-round lead into a two-stroke loss. In Maui, he rode a two-stroke advantage through 54 holes to a six-shot lead by the time he reached the turn on Sunday.

For four days Johnson was clinical, avoiding any three-putts – as an aside, he hasn’t had a three-jack since the 13th hole on Sunday at the Tour Championship in September – and finishing with the best round of the week, a one-bogey 65 that included his second consecutive eagle at the 12th hole after hitting his drive to inches at the 433-yard par 4.

“I was messing with [Golf Channel analyst Jim “Bones” Mackay] when we were in the fairway, it was like 4 inches short. I said, ‘I hit it a little thin,’” Johnson laughed. “But, no, I was just joking. I hit it perfect.”

He added birdies at the 14th, 15th and 16th holes that might have felt like piling on had his performance not been so entertaining. Although he’s not the first player to win the Tour’s annual lid-lifter multiple times, there’s a growing notion that Bill Coore and Ben Crenshaw designed the sprawling Plantation Course with Johnson in mind.

Oh, and he drove the ball like a man on a mission. All told, Johnson had 15 drives over 375 yards, including a 419-yard drive on the seventh hole on Saturday that may still be in the air.

“On this course it's tough, the way the wind was blowing today,” said Brian Harman, who was paired with Johnson on Sunday and finished alone in third after a closing 72. “He knocks it to a foot on 12 for eagle, and I'm having to lay up to 130 yards. I mean he's very talented off the tee and he used that to his advantage today.”

Predictably, Johnson said following his round that there’s still work to be done.

“I feel like I could still improve a lot, but everything is going in the right direction,” he said, specifically addressing his iron game as an area that needed to be tightened up.

Of course he would say that. You don’t ascend to No. 1 in the world ranking and win a major championship being complacent, but it’s the edge with how the line was delivered that should give the Tour frat brothers pause.

Johnson is many things, he can be intimidating between the ropes and entertaining when he relaxes the competitive blinders, but he’s never been much for bravado, which makes his response late Sunday when asked if he considers himself unbeatable so telling.

No, Johnson’s Maui masterpiece wasn’t a bounce-back victory, it was a statement.