Does Bryson DeChambeau drive Bay Hill's sixth green? As Wednesday showed, it depends on the wind 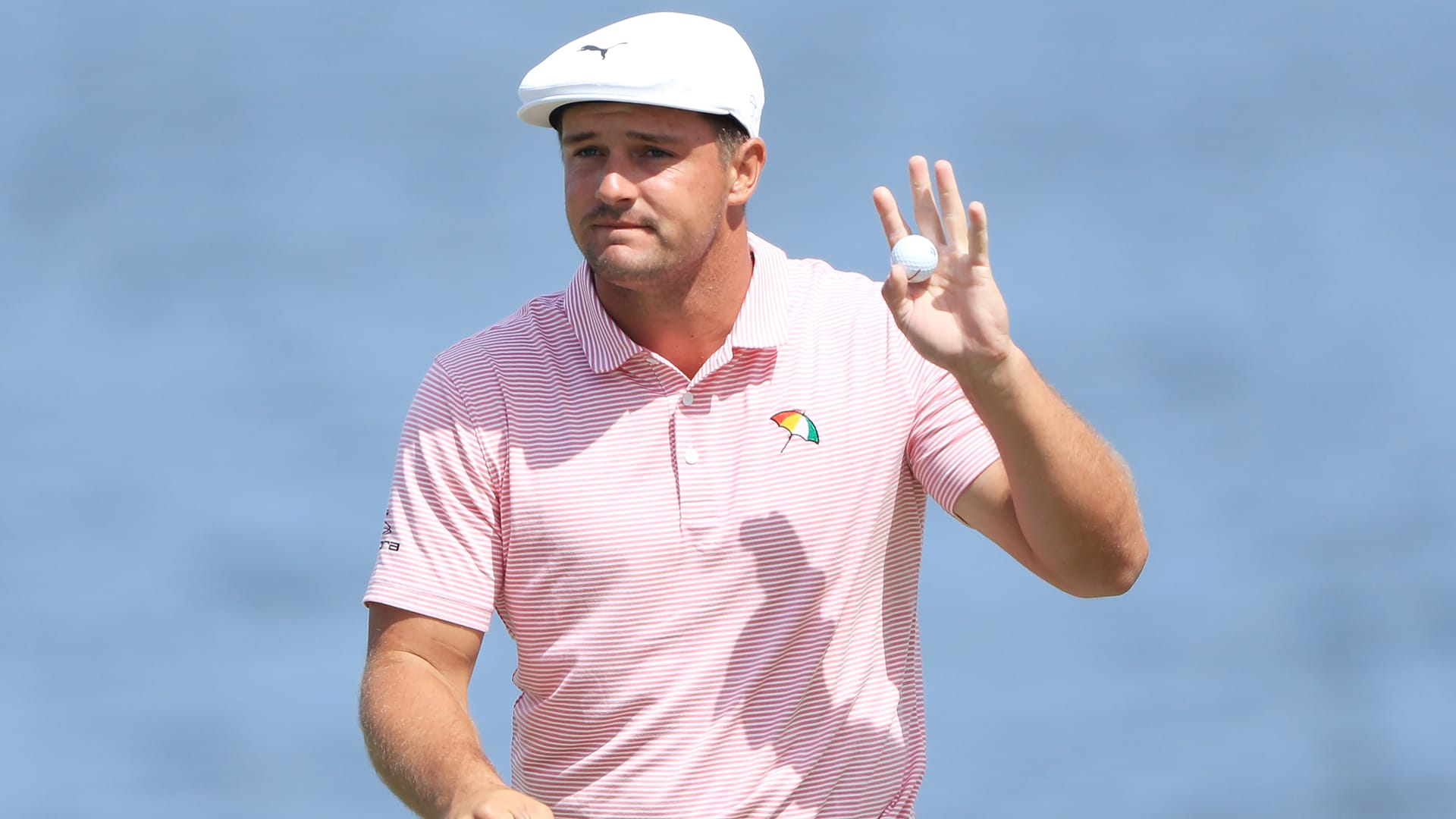 ORLANDO, Fla. – For those wanting to see Bryson DeChambeau drive the sixth green this week at Bay Hill, his two water balls Wednesday probably didn’t inspire much confidence. But the weather forecast does provide a glimmer of hope.

While there was about a 15-mph wind humming in off the right and slightly into him, DeChambeau came up well short on both attempts during his practice round for the Arnold Palmer Invitational.

“Everybody wants to see this,” DeChambeau said as roughly a dozen phones and video cameras fixated on him. "I don't know if it's doable today unfortunately. It's too into the wind."

With two launch monitors set up around his ball, DeChambeau unleashed on the first ball, which splashed about 30 yards short and 10 yards left of the putting surface. He immediately asked for his caddie, Tim Tucker, to throw him another ball, and then ripped another shot, this time on a line about 40 yards left of the first one but with a similar result: well short and wet. One of the guys monitoring DeChambeau’s numbers said he reached 194 mph ball speed.

After failing twice, DeChambeau moved back to the proper teeing ground and hit a 275-yarder into the wind, leaving himself about 230 yards into the green. He then hit his next shot to 25 feet and two-putted. It’s also worth noting that DeChambeau dropped a ball in the fairway about 100 yards out and almost pitched it off the back of the green.

DeChambeau said in January that if the conditions were right, he would “100 percent” try to drive the green.

“If I play this year I will definitely do it,” DeChambeau told Golf.com. “No. 6 at Bay Hill is one of those I’ve been eyeing. I think I can do some pretty cool things on it.”

DeChambeau lamented the unfavorable wind on Wednesday, but he said that if the wind switches, he’ll likely aim for the last fairway bunker and try to draw it back toward the green, which would require about a 340-yard carry to clear the water and leave him less than 30 yards into the green for his second shot.

"Thought I would attempt to carry the 6th hole today (340 with the carry)," DeChambeau tweeted afterward. "Wind was brutal and I came up short (only gave it a few tries), but might be something I go for if the conditions are right. We’ll see."

While Wednesday’s forecast hindered DeChambeau, as the week progresses it could be a different story. Beginning Friday, the wind is supposed to change to a more northeasterly direction, which is what DeChambeau needs for optimum help. Sunday’s forecast, though it will be chillier (high of 70 degree) will feature 10-20 mph winds.

In 1998, John Daly made an 18 on the sixth hole after trying to drive the green multiple times, first with driver off the back tee and then five more times with 3-wood from the forward tees. Daly eventually took an easier line with his 13th shot.