Trump tees it up with Lexi, Limbaugh on Easter weekend 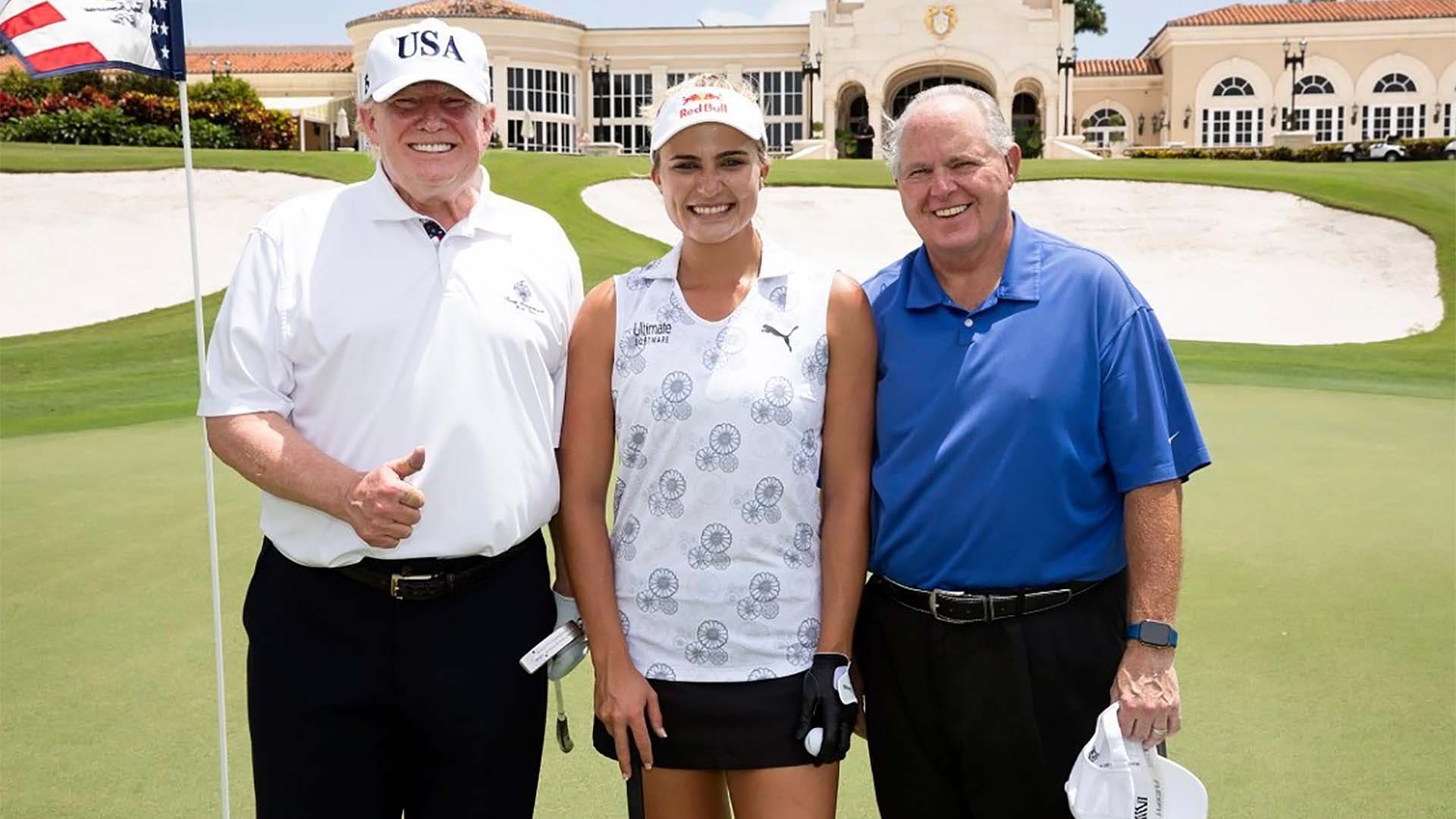 President Donald Trump has found plenty of time to play golf since taking office, and he usually has no problem finding a famous playing partner or two to join him.

Easter weekend was no different, as the White House released photos of the president on the course Friday with the LPGA's Lexi Thompson and conservative radio host Rush Limbaugh.