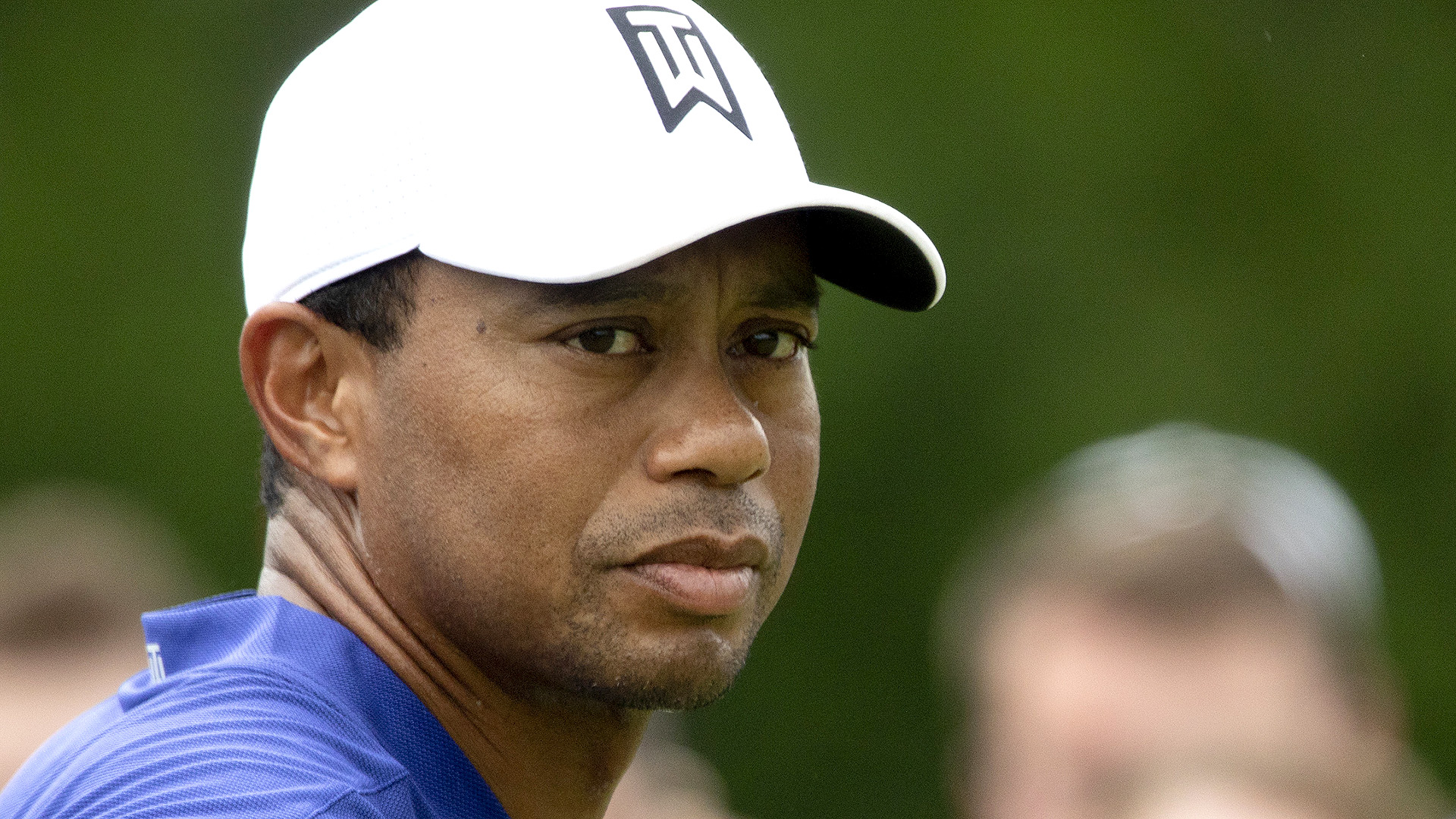 DUBLIN, Ohio – No small amount of pressure there.

No matter how farfetched the narrative has been when it comes to Tiger Woods since he embarked on this most recent phase of his career, from those who long ago figured his playing days were over to diehards who still see Nicklaus’ record of 18 major championships as a foregone conclusion, it’s been Woods who has become the voice of reason.

From the man who trademarked the concept of “second sucks,” Woods has told anyone within earshot it’s best to temper expectations. He only half-jokingly refers to himself as an “old guy,” and he’s started to shrug and offer sheepish smiles after good shots, like on Thursday when he spun his wedge shot from 95 yards off a ridge at the par-5 11th hole and into the cup for an eagle.

The crowd erupted, his caddie Joe LaCava offered a spirited high-five, but Tiger’s own fist pump felt more like relief, as if to say a 42-year-old with four back procedures on his resume should be so lucky.

Perhaps there’s something to that.

Woods caused a collective deep breath on Thursday when he explained that his surgically fused back wasn’t 100 percent when he teed off early in Round 1. He missed drives left (No. 11) and right (No. 15) to begin his day and was 4 over par through seven holes.

“I wasn't rotating very well today, back was tight, and just it is what it is some days,” Woods said.

He said his back never loosened up despite a rally that led to an even-par 72 to begin his week, and that these periodic bouts with age and injury may not be optimum. But they were much better than the alternative – pain, which is no longer a co-pilot on his journey back to competitive relevance.

Historically, Woods has guarded any potential health issues like a national secret. Earlier this week he was asked about the 2008 U.S. Open, his last major victory that he won on a broken leg – not that anyone knew the extent of his injuries at the time.

He explained in refreshing detail the pain and concern he had heading into the ’08 U.S. Open, including a practice round at the club where he grew up prior to arriving at Torrey Pines that included eight lost golf balls and a cool score of 53 for nine holes.

“I was still trying to figure out how in the hell I was going to try and play with a knee brace. Because my knee was obviously moving all over the place and it was broken, so I didn't know how I was going to play with a knee brace,” he explained. “I played and shot 50-some-odd and then on the way down there I threw [the brace] out the window and in the trash and I was done with it.”

Asked why he didn’t let on how injured he was before the championship, Woods offered a simple answer: “No need.”

When Woods was winning majors at a regular clip, there was no dropping the competitive veneer. Perhaps he viewed it as a sign of weakness, and that wouldn’t do.

But times have changed.

Even though there have been plenty of highlights on his road back – a tie for second at the Valspar Championship, a back-nine charge on Sunday at Bay Hill, and even a spirited weekend at The Players – Woods has preached perspective at every turn.

But those pleas are starting to become background noise, afterthoughts on days like Friday when Woods picked up where he left off on Day 1 with birdies at Nos. 3, 5, 7 and 9 to turn at 3 under par for the tournament.

His eagle at the 11th hole moved him to within five strokes of the lead and when he launched his tee shot at the next hole to 6 feet the expectations were as thick as the humid summer air. Shortly after that, the weather warning horn sounded sending players to the clubhouse for more than an hour and temporarily slowed the charge.

“This is a very different comeback. Trying to get a feel for the start. And I've played better when I've played back-to-back weeks and things of that nature, because I've had the feel,” said Woods, who is six strokes off the lead and tied for 24th. “Just finding it and keeping it, it's a little bit more difficult now because this body is different.”

He was pleased with his play, maybe even inspired, but remained committed to this process, no matter how badly the crowds that remained at muddy Muirfield Village wanted to jump ahead to a Sunday trophy presentation featuring Woods and tournament host Nicklaus.

An example of how Woods’ play can make even the most pragmatic observer become a prisoner of the moment came earlier this week when Nicklaus figured, “I wouldn't be a bit surprised to see Tiger win this week, not at all.”

When those types of expectations come from a legend they can quickly start to feel like a mandate. Woods, however, seemed content to cling to perspective and the long view.