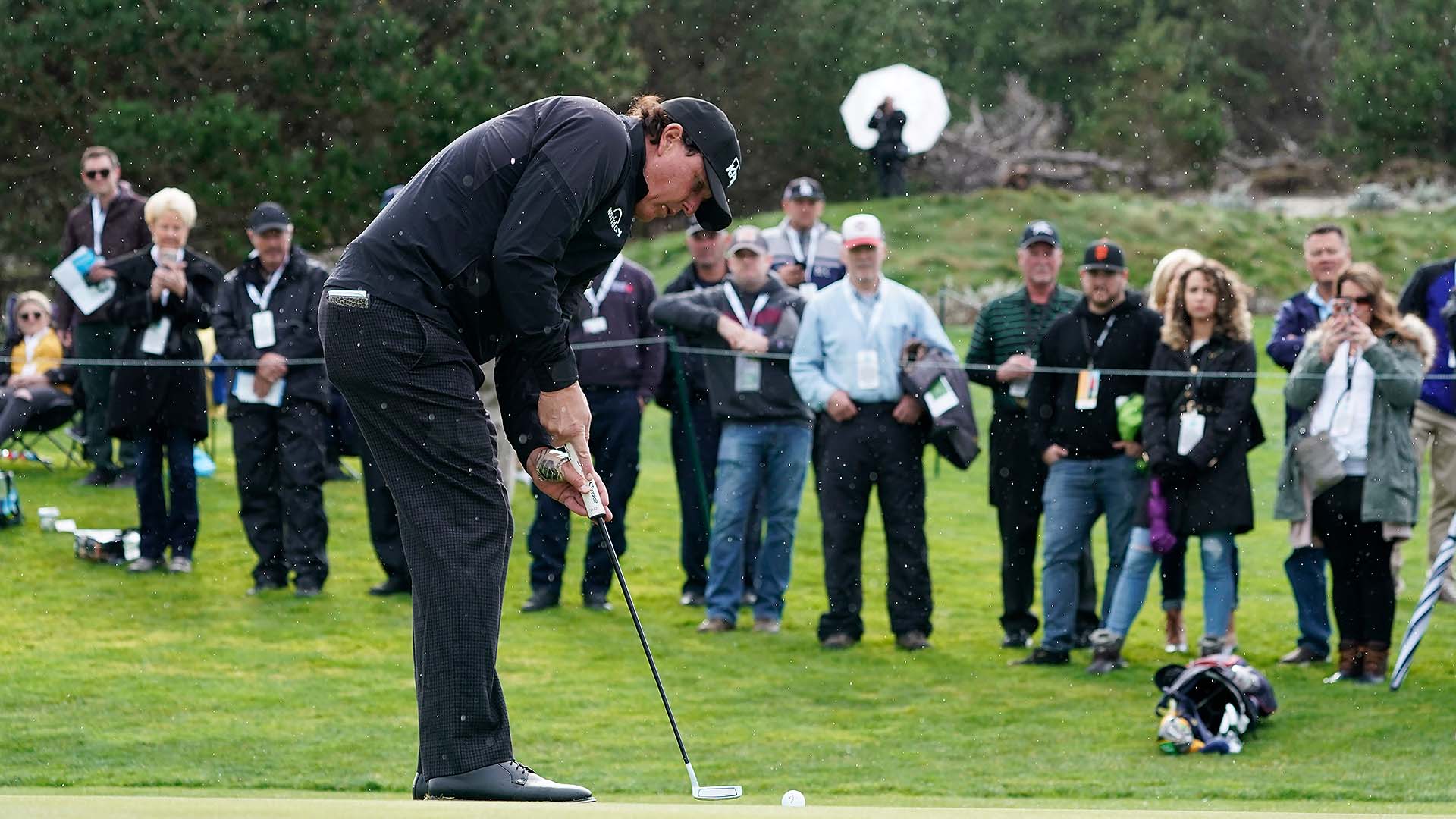 PEBBLE BEACH, Calif. – The USGA’s caddie alignment clarification was news this week at the AT&T Pebble Beach Pro-Am, but a new rule that hasn’t required clarifying is proving especially handy this week, even as it flies under the radar.

Rule 13.1c(2) allows repair of almost any damage on the green. That includes spike marks, shoe marks and other indentations.

Count Phil Mickelson among those appreciating the change, with the soft poa annua grasses in this event especially spongy after all the rain that has fallen here over the last week.

Mickelson is making a run at winning his 44th PGA Tour title.

“I think that one of the rules changes that came about where you can fix some areas of the green that were caused by other players makes a big difference in this tournament, for everybody, because around the hole you can smooth out some of the spike marks and indentations,” Mickelson said after playing Monterey Peninsula early in the week. “And I think that made a big difference. I think that rule is really turning out to be a good one.”

With more rain expected before and even during Sunday’s final round, the rule could be a difference maker on important putts down the stretch.