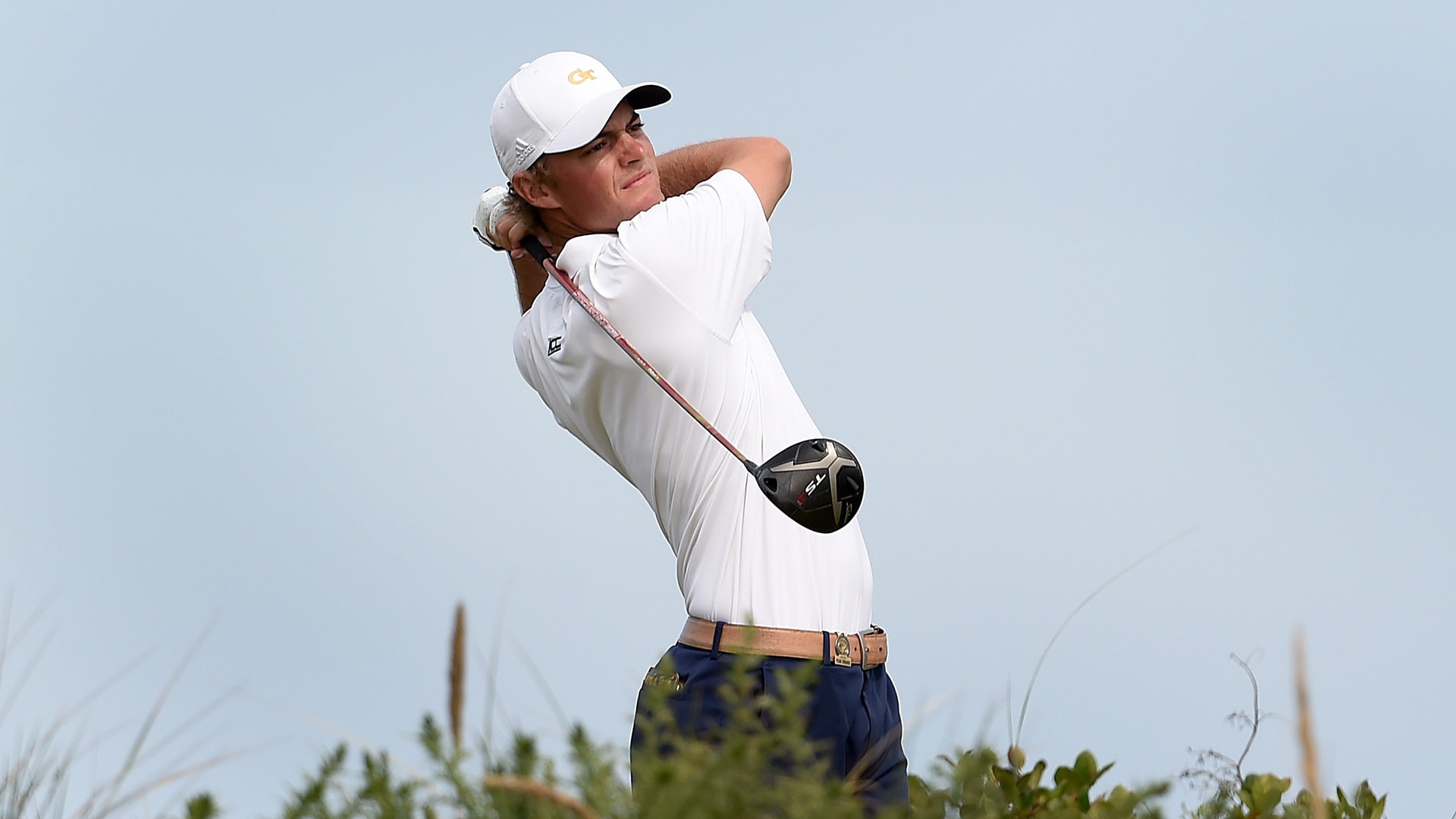 Tyler Strafaci is literally hiking up his pants and getting to work this week as a professional.

After battling a nasty stomach virus last week at the Walker Cup, Strafaci said that he lost close to 20 pounds – two loopholes on his belt – and is still recovering as he readies to make his pro debut at the AT&T Byron Nelson.

“It was a struggle for three or four days,” he said Wednesday. “I spent a couple days in and out of the hospital. Lost 20 pounds, so I’m still kind of recovering from it. But I feel good. I’m starting to get my appetite back, keep food down, which you don’t really think that would be an issue. But it was a tough few days for sure.”

It wasn’t quite the ending the reigning U.S. Amateur champion envisioned when he delayed turning pro so he could represent the U.S. at the Walker Cup. Forced to withdraw a half hour before his Day 1 match, Strafaci wound up going 0-2 at Seminole, but he was still part of a third consecutive American victory. He said he and his teammates were so spent from the week that they all went to bed before midnight Sunday.

Strafaci, 22, had been working hard on his fitness, bumping his weight up to 175 pounds. But when he checked in the locker room Tuesday, he was down to 160 – with his shoes on.

“So it’s going to be eating a lot on the course and just keeping a level head and getting through four rounds,” he said.

A former Georgia Tech standout, Strafaci has a busy upcoming schedule, with starts here at the Nelson, Colonial, Memorial and the U.S. Open in the next two months.

“It’s one of those things that if I play well, hopefully, I get some more opportunities. And if I don’t, just Monday qualify and try to get on that way,” he said. “So it’s all out in front of me if I play well, and it’s a great opportunity.”