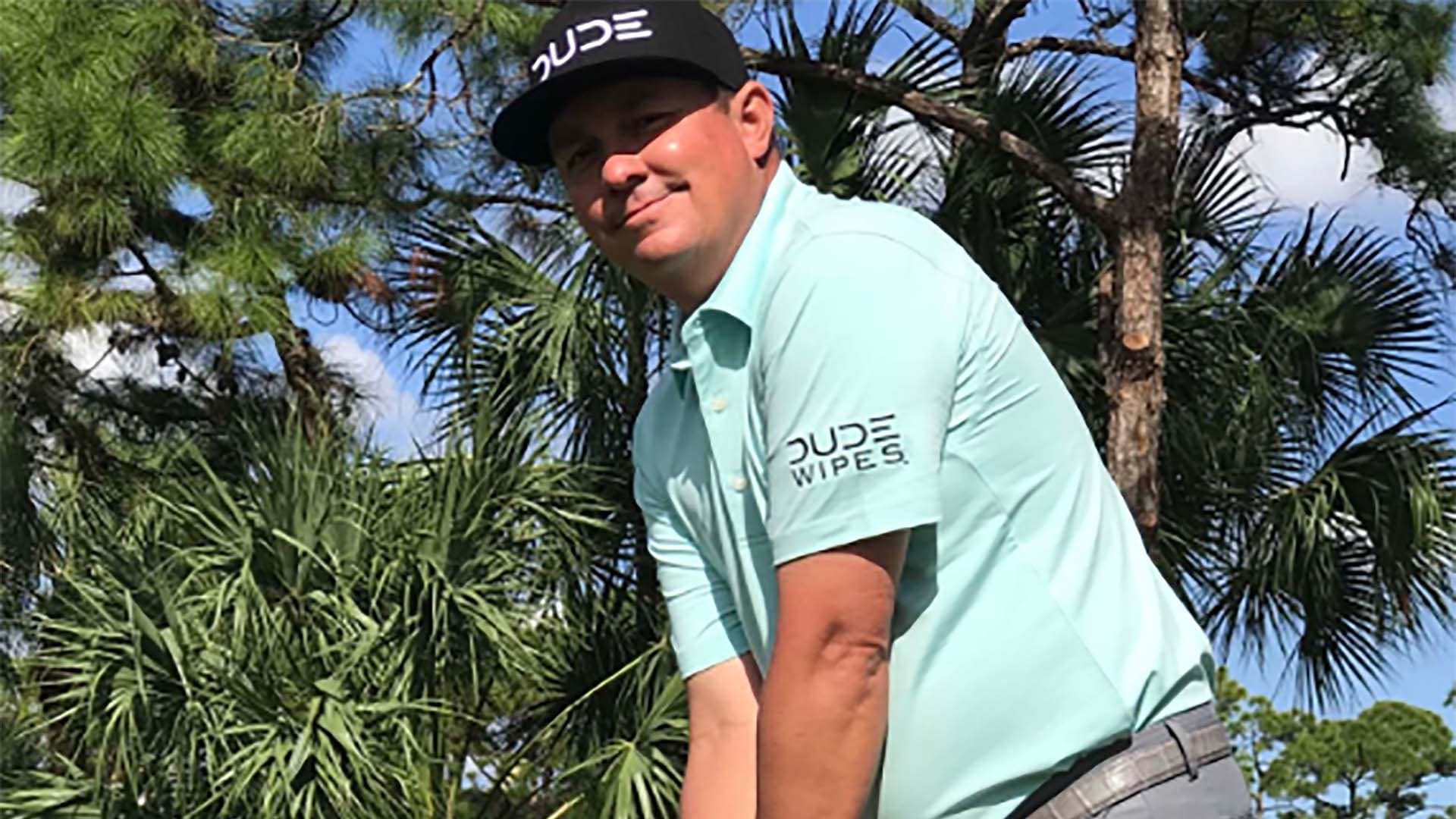 Jason Dufner had the most talked about non-sponsor of 2018, opting to play the year without a specific branding on his hat and instead rocking lids adorned with the word "Boss" or the face of Notorious B.I.G.

Seriously, he crushed the hat game on Tour last year, check out all of his best looks here.

But Dufner is going full-on new year, new me in 2019, signing a deal with DUDE, a company that proudly touts a product called DUDE Wipes.

If you've never heard of DUDE Wipes, don't worry, they're exactly what you think they are.

Here's DUDE's product in a nutshell, according to their website:

Back in the day, we always hated using toilet paper, the stuff stinks. We believed life should be better—something had to be done. So we went to work, creating DUDE Wipes out of our apartment. Soon the DUDE movement was born, with flushable wipes for on-the-go and at home sh*tuations.

DUDE had been trending upward since they launched in 2012, but business really took in 2015 after they appeared on the hit show "Shark Tank" and scored a $300,000 investment from Mark Cuban.

Other DUDE products include powder and wipes specifically for the face and body.