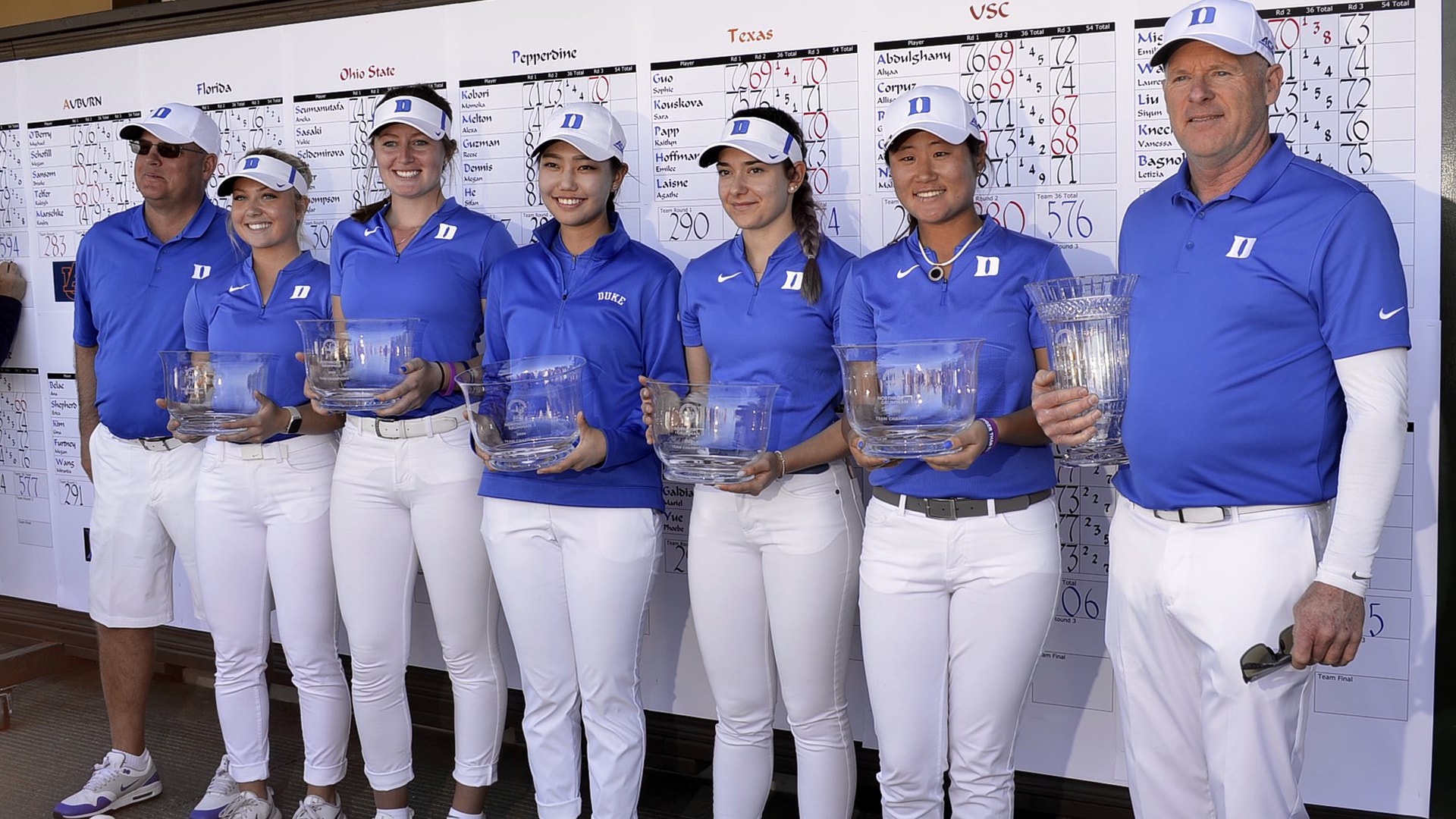 Duke’s fall season was, by its lofty standards, disappointing. The reigning NCAA women’s champions, the Blue Devils finished ninth of 12 teams at the fall-opening Annika Intercollegiate, didn’t place better than third in their other two stroke-play starts and lost each of their matches following an 18-hole qualifying win at the East Lake Cup.

But those questions that mounted during the fall? Duke erased them with a decisive victory Tuesday at the Northrop Grumman Regional Challenge.

Even more impressive was the Blue Devils won without their best player, junior Jaravee Boonchant, who was scheduled to play in the Women’s Amateur Asia-Pacific this week in Thailand. (That event was recently postponed because of coronavirus concerns.)

Duke’s fourth and fifth players, freshman Megan Furtney and redshirt junior Miranda Wang, both stepped up in Boonchant’s absence. Furtney offset a triple and double with six final-round birdies to close in even-par 71 and tie for 12th overall. Wang birdied four of her final six holes Tuesday and tied for second at 5 under, a shot back of individual winner Kaleigh Telfer of Auburn.

“I’m really proud how everyone contributed to the win,” Belac said. “It shows how solid everyone on the team is. Obviously, it’s awesome to start the season with a win, but I think for a team as ambitious as ours, it just adds to the motivation to work even harder for the remaining of the season.”

Added Duke coach Dan Brooks: "Everyone contributed important rounds for the event. Ana was a rock out there.  Miranda’s winter work on her swing really paid off [with her] almost getting the individual win. Megan shot even for the event on a very interesting and difficult course she’d never seen before. I’m real proud of this team.”

Fifth-ranked USC shot 6 under on the final day thanks to a 4-under 67 by reigning U.S. Women’s Amateur winner Gabi Ruffels, who ended up T-12. Amelia Garvey added a closing 68 and shared fifth.

Top-ranked Texas was third at 3 over, a shot behind the Trojans, as it got its usual strong performances from freshman Sophie Guo (T-7) and junior Kaitlyn Papp (11th). But the Longhorns also welcomed back Agathe Laisne, who missed the entire fall because of injury and returned to tie for 18th.

Arizona State also saw a healthier Olivia Mehaffey, who suffered a wrist injury last summer but posted her best finish of the season by tying for second for the fifth-placed Sun Devils.

UCLA was fourth at 6 over, a shot ahead of Arizona State, as the Bruins were led by freshmen Emilie Paltrinieri (fourth) and Emma Spitz (T-7).

Kent State, looking for its fifth win of the season, was sixth at 16 over, followed by Stanford at 17 over. The Cardinal, which lost Andrea Lee and Albane Valenzuela over the winter to the pros, were led by Emily Wang (T-7).

The most surprising result was third-ranked Wake Forest placing eighth. Emilia Migliaccio was T-7 for the Demon Deacons, but three other Wake players failed to finish better than T-36.

Seventh-ranked Arizona was T-13 in the 16-team field, but the Wildcats were without their three best players because of the Women’s Asia-Pacific. 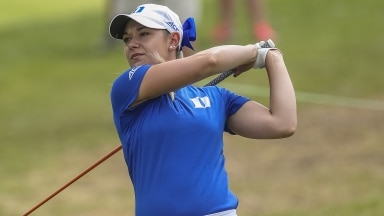 Ana Belac plans to tackle the current uncertainty of professional golf with the same toughness and determination she showed at Duke. 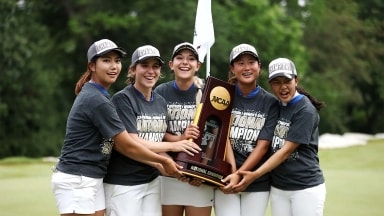 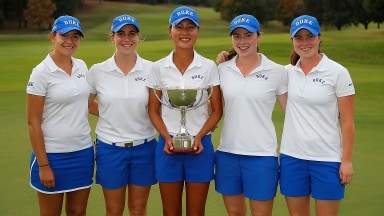 Maguire's frustration pays off for Duke

After years of frustration overhauling her swing, Lisa Maguire got a much needed win Wednesday, helping Duke win the East Lake Cup.