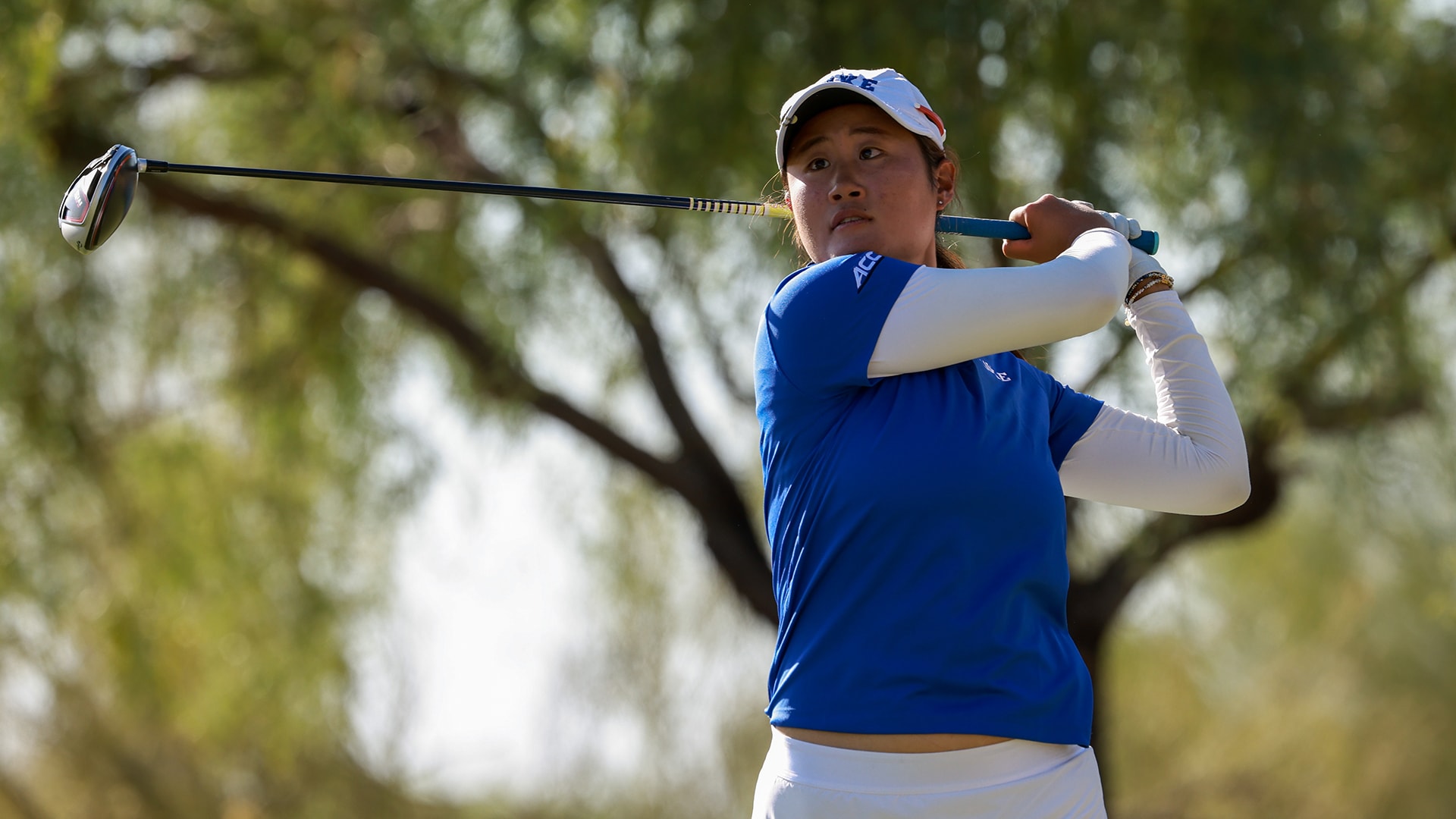 Duke senior Gina Kim is one step closer to locking up her LPGA card.

Kim medaled at Stage I of LPGA Q-School on Sunday after capping a 15-under week with a 5-under 67 on the Dinah Shore Tournament Course at Mission Hills Country Club in Rancho Mirage, California. She was among the top 95 players and ties who advance to Stage II out of the 72-hole, 336-player qualifying tournament.

“The putts were not dropping in the beginning, but I knew this was a marathon not a sprint,” Kim said in a school release. “So, I just took it one hole at a time and stayed patient. … [Duke] coach [Dan] Brooks and [assistant] Jon Whithaus have been real instrumental in helping me strengthen my mental side of the game. I guess I am just thinking smarter these days, a lot more calm, and I am able to simplify a lot of things, so today was a pretty stress-free round.”

Kim finished a shot ahead of China’s Huize Lian and two clear of former Texas standout Agathe Laisne, one of four amateurs at T-4 or better along with Houston sophomore Karen Fredgaard and Vanderbilt senior Auston Kim. Laisne is the only one of the four who will not return to school this fall.

Gina Kim has one more stop, however, before she heads back to Durham, North Carolina. She’ll fly to Wales on Monday morning to join her U.S. Curtis Cup teammates. The matches begin Thursday.

“A quick turn-around,” she said. “… After that I have to go back to school and be a regular college student and play in my college tournaments, so I am pretty excited about what is coming up.”

Stage II will be contested Oct. 21-24 at Plantation Golf and Country Club in Venice, Florida. That field will feature the Stage I advancers and a list of others, including the top 125 in Symetra Tour points, those outside the top 150 in LPGA points, players ranked in the top 400 of the Rolex Rankings and the top five amateurs in both the WAGR and last season’s Golfweek rankings.

New rules put into effect a couple of years ago allow college players to defer their status until after the spring’s NCAA Championship. Grant is the only player who is certain to leave midseason should she at least secure Symetra Tour status. Others, including Wallin and the Hous, have yet to make a decision. Stark has already opted to leave school.

All players who complete 108 holes in the 144-hole Q-Series, set to begin in late November in Alabama, will earn Symetra status. LPGA cards will be given to the top 45 and ties after the two-week event concludes Dec. 12 at Highland Oaks Golf Club in Dothan, Alabama.

Among those eliminated were Steve Stricker's daughter, Bobbi; former South Carolina teammates Lois Kaye Go and Pimnipa Panthong; junior golfer Paris Hilinski; and Hailey Davidson, who was trying to become the first transgender woman to earn an LPGA card through Q-School. Davidson missed the Stage II cut by just four shots at 7 over.

Duke's Gina Kim is one of 14 current college players teeing it up at this week’s LPGA Q-School second stage. 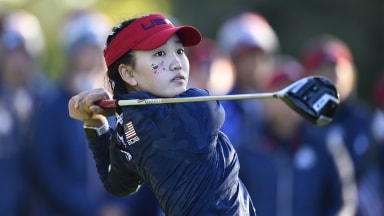