DJ on 1-under start at Shinnecock: 'I did a good job' 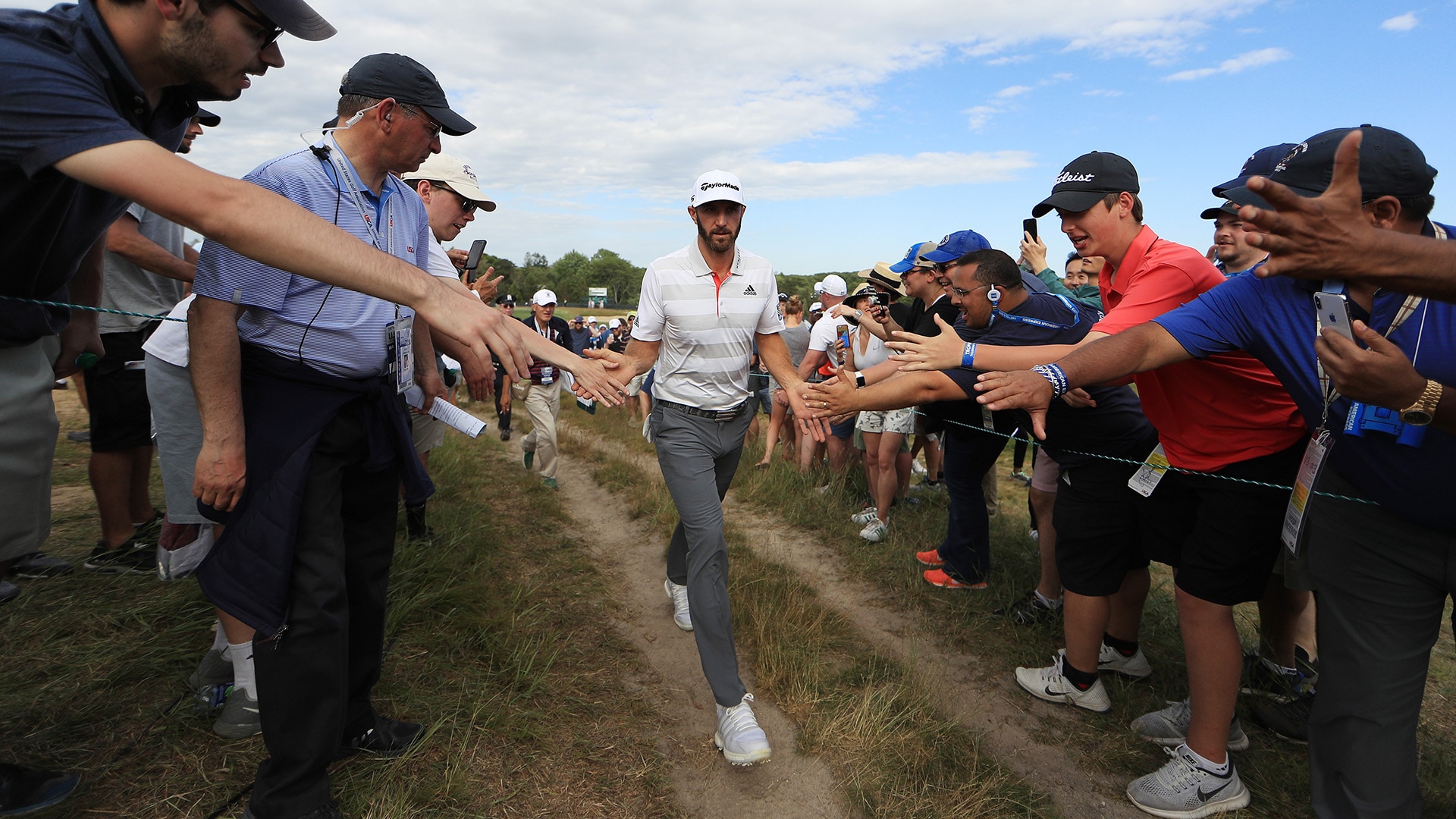 SOUTHAMPTON, N.Y. – Not even the toughest scoring day of the year could slow down Dustin Johnson.

The world No. 1, coming off a victory last week at the FedEx St. Jude Classic, continued to roll as he shot a 1-under 69 to put himself in a four-way tie for the lead at the U.S. Open.

Johnson holed a bunker shot and added three other birdies to card his 14th consecutive round of par or better.

“I feel like I’ve been playing really solid all year – I just haven't been getting a lot out of my rounds,” he said. “Last year I played well and scored well. That’s what I did well today. I feel like I scored really well.”

Johnson’s win last week returned him to the top spot in the world rankings, and he’s the first world No. 1 to hold at least a share of the first-round lead at the Open since Tiger Woods in 2002.

In the first round here at Shinnecock, Johnson dusted Woods by nine shots and second-ranked Justin Thomas by five.

No player has ever won U.S. Open after winning the previous week, but Johnson is now in position, at least early, to become the first.

“You had to play good golf if you wanted to shoot a good score today,” he said. “I felt like I did everything pretty well. I drove it well, hit a lot of quality iron shots, and then my short game was good. I felt like I did a good job today.”