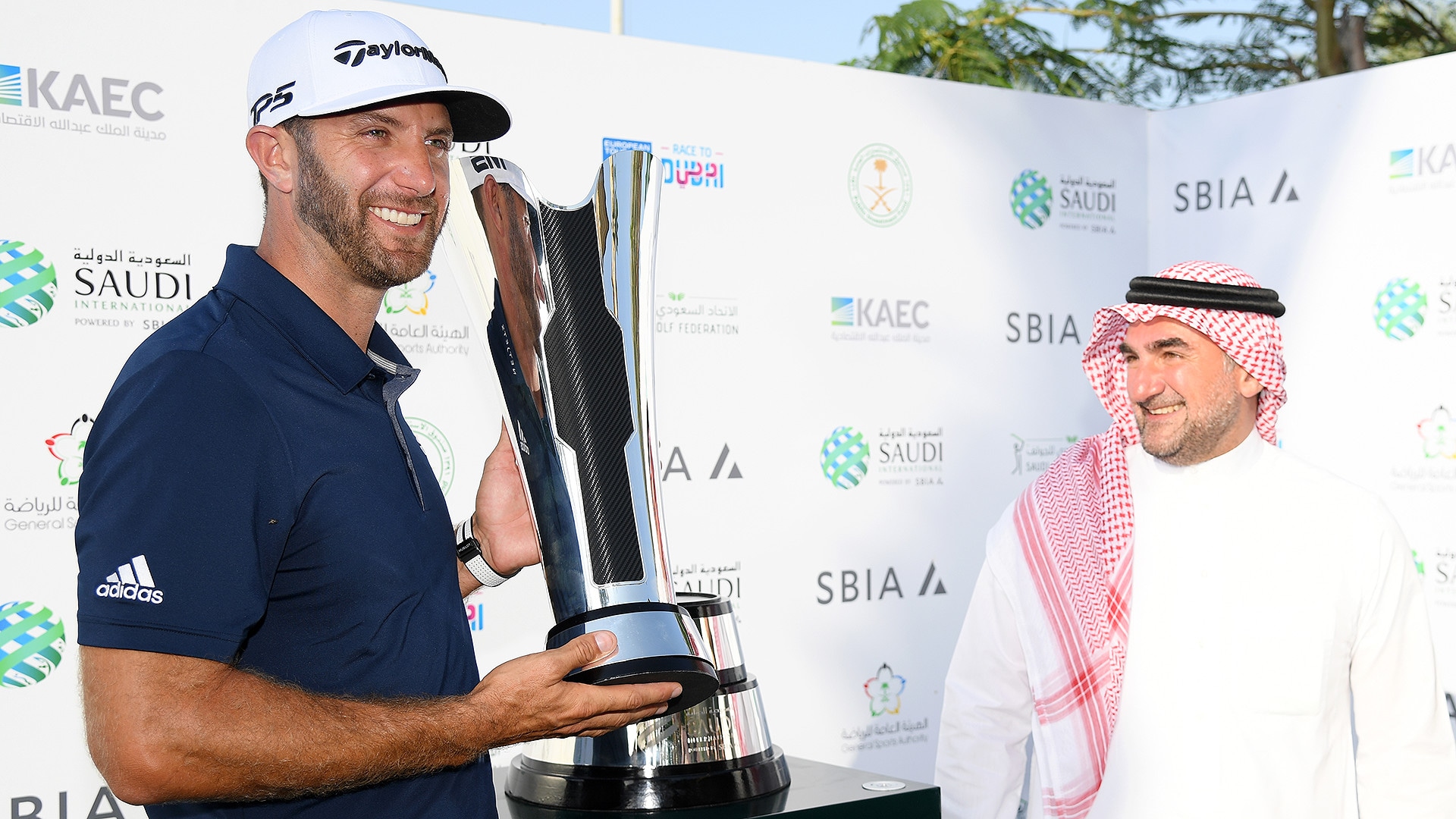 The American's overall total of 19-under 261 was enough to hold off Haotong Li of China who came into the final round with a share of the lead after a third round that included four eagles.

Li shot a 1-under 69 Sunday, finishing a shot ahead of England's Tom Lewis whose spirited last-round challenge was good enough to secure third another stroke back after a 5-under 65.

World No. 3 Johnson recorded five birdies in his final round, including the last two holes.

''Any time you can win a professional golf tournament, no matter where it is in the world, it's a big win. I'm honored to be the champion,'' said Johnson. ''Haotong was one ahead on the back nine but I knew I was playing well enough to make up some strokes and I didn't let it bother me. I just played my game and kept on trying to make birdies.''

Bryson Dechambeau, who won in Dubai last week, was joint sixth, eight shots behind Johnson after a 5-under 65.

Li had gone into the final 18 holes on a high after firing a record-breaking three eagle-twos in his third-round 62.

But he fell away over the second half on Sunday, with three bogeys hampering his hopes of an impressive win.

Lewis finished three shots off the lead after a blazing start to his final round, recording five consecutive birdies over the first five holes. On his second-ever professional start, Australia's Min Woo Lee finished a stroke further back after a second consecutive 7-under 63.

The Saudi International is new to the European Tour and is being held amid scrutiny of Saudi Arabia's human-rights record and condemnation following the killing of journalist Jamal Khashoggi.