DJ fires 61 to lead in Saudi Arabia as world No. 1 Rose misses cut 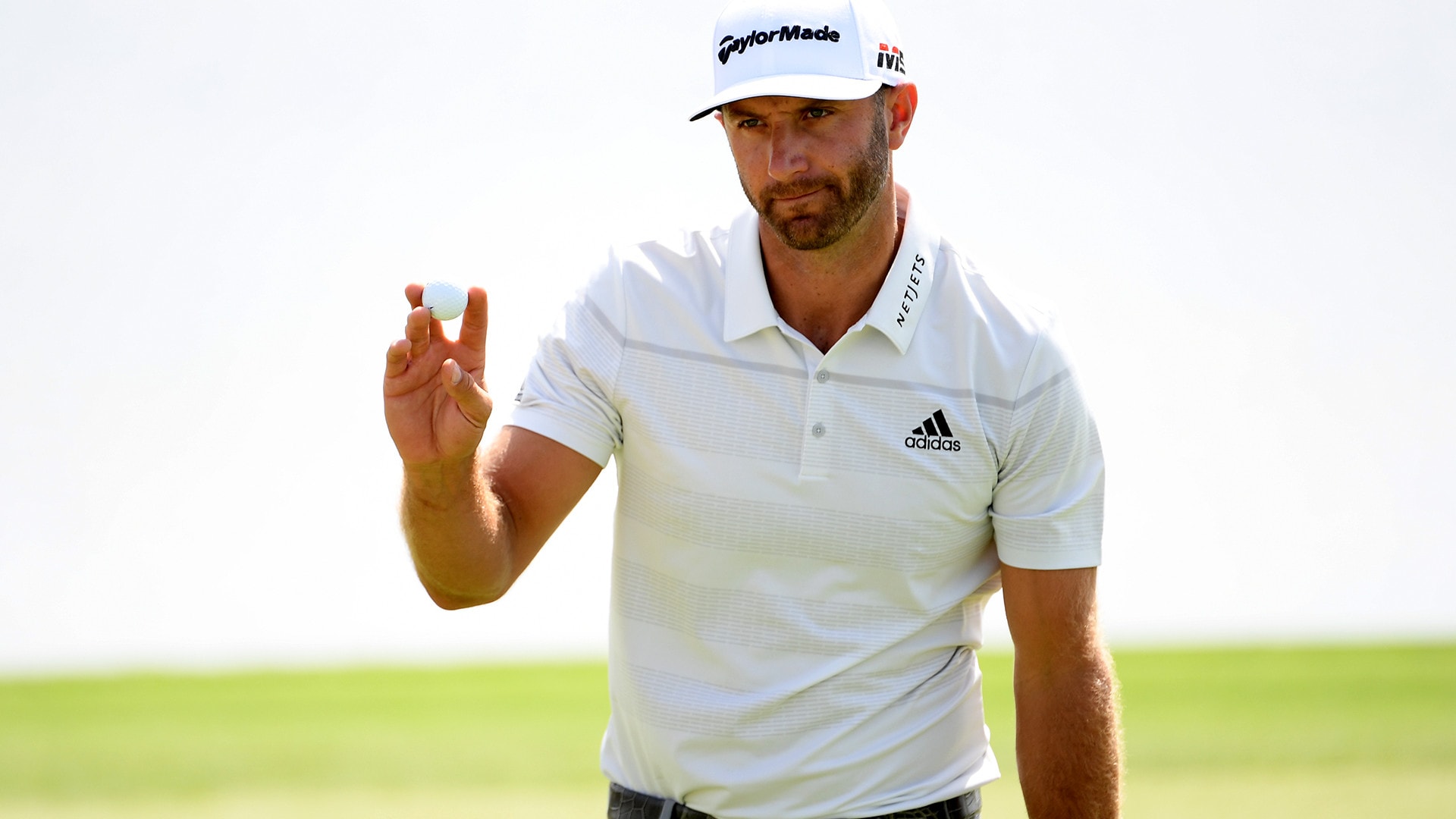 KING ABDULLAH ECONOMIC CITY, Saudi Arabia – Dustin Johnson shot a course-record 9-under 61 and took a three-stroke lead after two rounds of the Saudi International on Friday.

World No. 3 Johnson is 11 under overall after making seven birdies and an eagle at the Royal Greens Golf and Country Club.

Starting on the back nine, he opened with consecutive birdies and added two more to make the turn in 31.

There was another birdie on No. 2, and a 30-foot eagle putt at the fourth. Consecutive birdies from the sixth hole followed before finishing with a pair of pars.

''You always have fun when you're playing well,'' Johnson said. ''I did a lot of the same things I did yesterday. It was a very good round.''

Johnson fared much better than the other members of the world's top three.

''I played really well,'' Koepka said. ''I played good enough to be right up there around the lead. I can't figure out these greens. You can hit three putts and they'll go three different ways.''

South African Zander Lombard, who briefly held the lead early in his round of 67, and China's Li Haotong, who shot 65, were tied for second at 8 under.

Lombard also started on the back nine and pulled even with overnight leader Thomas Pieters after a birdie at the eighth and an eagle at No. 9. Two more birdies to start the back nine followed, giving him a two-stroke lead. But he was later passed by Johnson before finishing his round with a bogey.

Li rolled in two long birdie putts in his first three holes before a three-putt bogey on the par-5 fourth. Four more birdies followed before pars on his final five holes.

Fabrizio Zanotti of Paraguay (66) and Scott Hend of Australia (63) were a further shot back tied for third.

Pieters had seven bogeys in a round of 4-over 74, dropping him into a tie for 18th at 3 under.

The new European Tour event is being held amid scrutiny of Saudi Arabia's human rights record and condemnation following the killing of journalist Jamal Khashoggi.