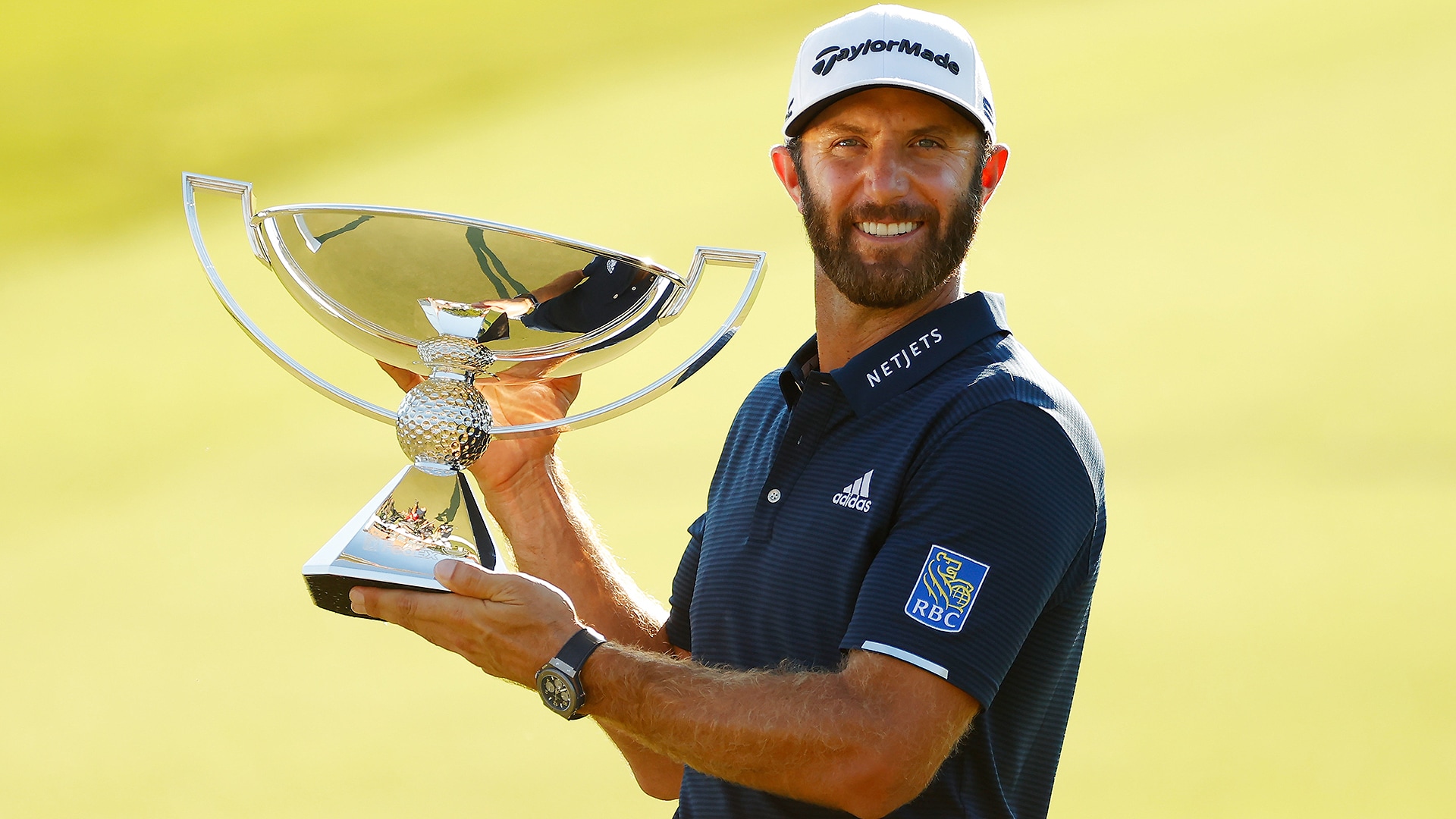 It got a little closer than expected toward the end, but ultimately the best player of the playoffs walked away with the season-prize. Here's how things ended up at the Tour Championship, where world No. 1 Dustin Johnson maintained his lead and left with $15 million:

What it means: Johnson started the week with a two-shot lead, and he began the final round five shots clear after factoring in the staggered start. While Schauffele and Thomas both cut into Johnson's lead during a Labor Day finish at East Lake Golf Club, Johnson fended off the competition with a bogey-free back nine to close in 68. It's Johnson's third win since the Tour returned to competition in June, the first player to reach that number, and it likely gives him the edge in the upcoming Player of the Year voting. He closed the season in a torrid stretch, winning two of the three playoff events to go along with a runner-up finish at the PGA and a playoff loss at the BMW Championship. Johnson came close to the FedExCup title back in 2016, when he was edged out by Rory McIlroy, but this time it's him alone at the top with the eight-figure first prize to show for it.

Round of the day: Had he started a little higher in the standings, Schauffele may have been able to win the event as he did three years ago. His 15-under 265 score was actually three shots clear of Rahm and four shots better than both Johnson and Thomas. But, in part, because Schauffele has not won this season, he started the week at 3 under and seven shots back. A closing 66 continues his strong pattern of success at East Lake. It included five birdies and got him a share of second place and a $4.5 million payday.

Best of the rest: Scottie Scheffler was one of just two rookies in the 30-man field, and he made a big move with a final-round 65. Scheffler didn't have a win or runner-up finish to his credit this season, but his otherwise steady play got him a spot at the season finale. Monday's closing round, which was bogey-free and featured three straight birdies on Nos. 5-7, moved him into solo fifth place and ensured a $2.5 million check. 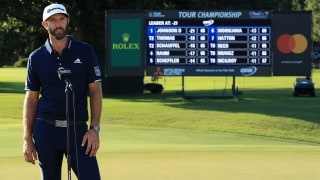 Full FedExCup bonus payout, from DJ on down

Biggest disappointment: Rahm was the only player to beat Johnson during the playoffs, edging him in a memorable playoff last week outside Chicago. But his final-round charge was derailed by a double bogey on No. 4 after hitting his approach shot into the lip of a bunker. He rallied from there, carding four birdies and an eagle over his final 14 holes, but never got close enough to challenge the leader as he did a week ago at Olympia Fields.

Shot of the day: Johnson was still nursing a two-shot advantage when he stepped to the treacherous par-3 15th hole. With seemingly an ocean separating him from the green, he took dead aim and hit a shot from 234 yards to inside 15 feet, removing one of the few significant obstacles standing between him and an eight-figure check.

Quote of the day: "I wanted to be a FedExCup champion. It was something that, in my career, I wanted to be. And obviously today I got the FedExCup." - Johnson 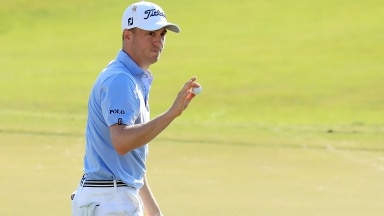