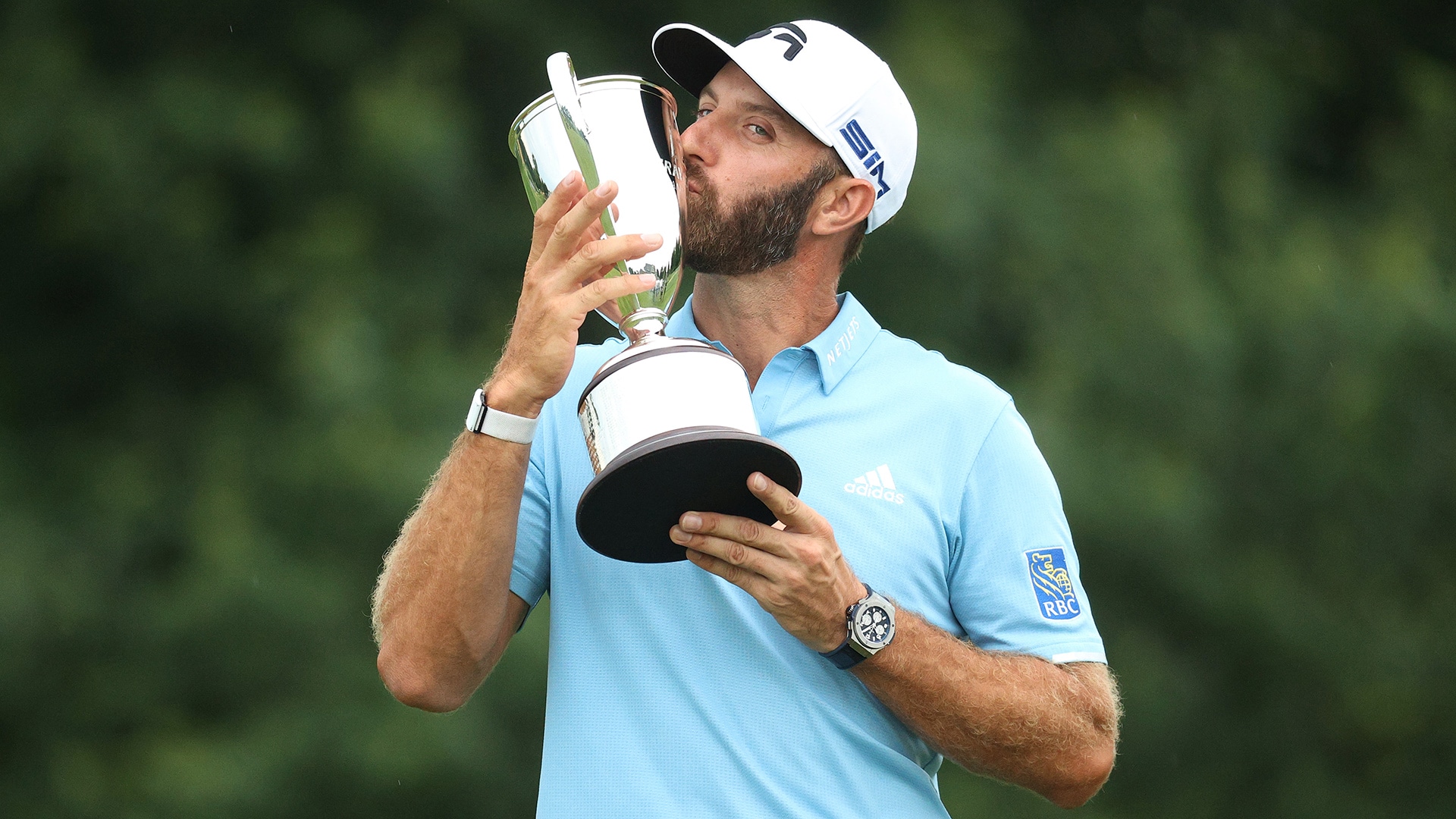 Dustin Johnson's stoic demeanor didn't give much insight into what turned out to be a tumultuous finish at the Travelers Championship.

Without fans present to inject emotion into the homestretch at the Travelers Championship, and with a one-hour rain delay zapping any momentum that may have existed, Johnson was left to saunter around TPC River Highlands and tap in on the 72nd hole to clinch his first win in more than a year. But it was hardly a stress-free experience.

Johnson started the day two shots behind Brendon Todd, but by the time the final group arrived to the 13th tee it seemed like Johnson's tournament to lose. What followed was a white-knuckle finish for the former world No. 1: a drive out of bounds on No. 13, a pitch with both feet in the water on No. 15, a short-sided miss on No. 16. It eliminated his margin for error, but ultimately Johnson did just enough to edge Kevin Streelman by a shot. 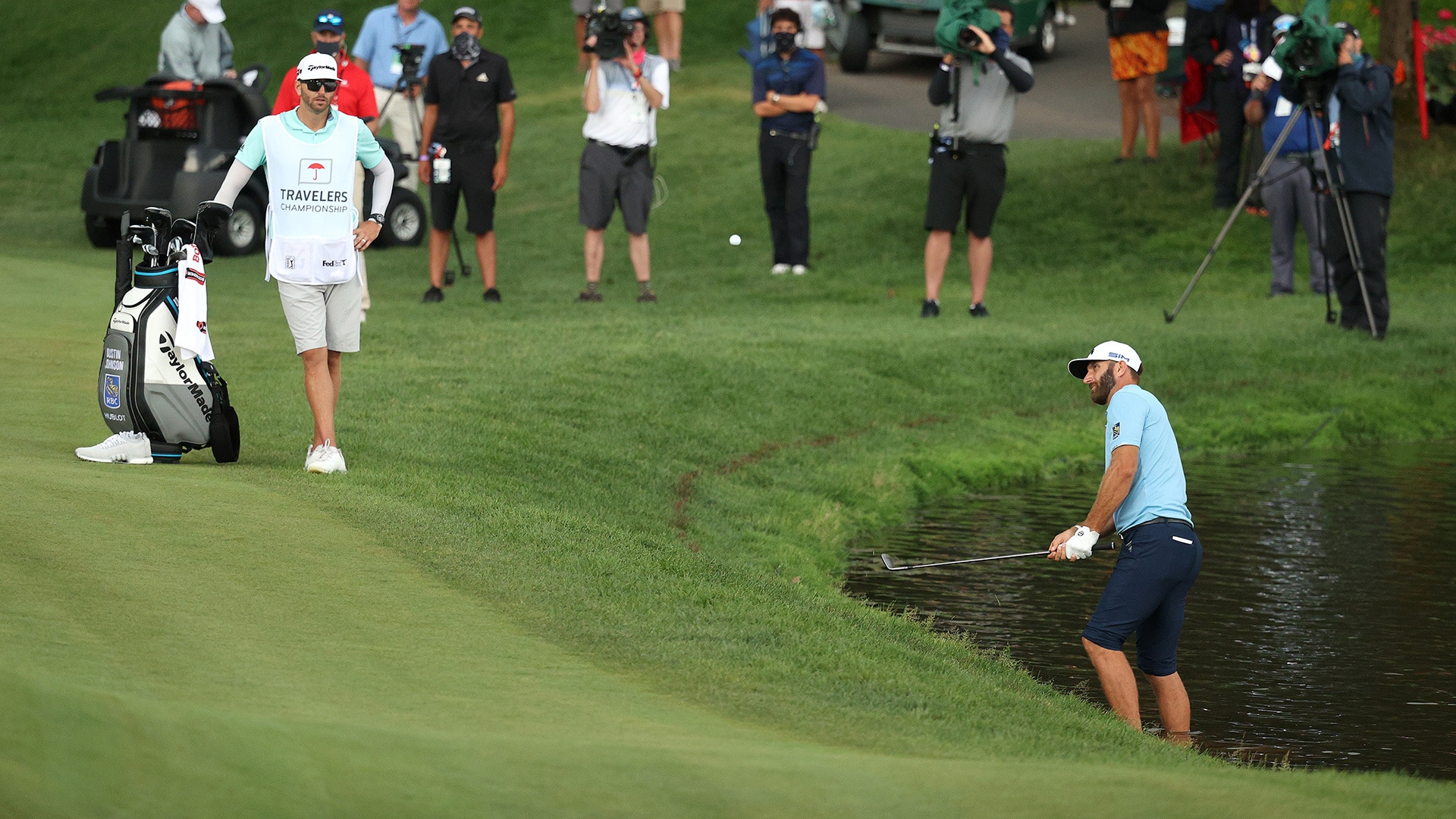 "This was big because I hadn't played very well," Johnson said. "But I put in a lot of good work the last couple weeks after Colonial, and so it's nice to see the game just start coming around."

Slumps take on all different shapes and sizes depending on level of talent. For a player of Johnson's caliber, a lull might be a career year for many others. But he hadn't won since the WGC-Mexico Championship more than 16 months ago, and this week he teed off ranked outside the top 5 in the world for the first time since his U.S. Open triumph.

A Saturday 61 vaulted him into contention, and now he has extended a remarkable streak. Johnson has won at least once during every PGA Tour season since his rookie year in 2008, with the lone caveat that he didn't win in 2014 but kept the streak alive with a victory at the WGC-HSBC Champions in the fall portion of the 2013-14 season. 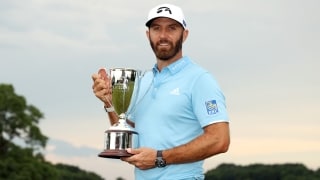 "Winning the U.S. Open at Oakmont is my biggest win for sure. But winning 13 (seasons) straight on the Tour is a pretty big accomplishment," Johnson said. "You know, they're pretty close with what I'm most proud of."

Johnson's wayward drive on No. 13 ultimately cost him only a shot, one that he got back with a birdie on the next hole. His drive on the short 15th appeared headed for the water but somehow stayed dry, leading to a scrambling par that maintained his two-shot lead when weather halted play. He made a bogey and two pars once play resumed, signing for a 3-under 67 to finish the week at 19 under.

Johnson was slowed by knee surgery last fall, failing to make an official start between the Tour Championship and the Sentry Tournament of Champions. He was a runner-up in Saudi Arabia but has been otherwise quiet this year, including a missed cut at Colonial and a T-17 finish last week at the RBC Heritage.

But it took only one swing to remind the world of how much potential sits inside a man who now counts only Tiger Woods and Phil Mickelson as active players with more PGA Tour victories. Nursing a one-shot lead on the narrow final hole, Johnson uncorked a 351-yard drive that split the fairway and essentially ended the tournament.

He may not have received many headlines in recent weeks, and his blood pressure may not have spiked despite some drama down the closing stretch, but Johnson showed once again why he remains the Tour's most consistent winner, and a player who can keep the field at bay on any type of venue.

The victory streak lives on, and when asked by a reporter if he has ever had an "entire season of bad golf," Johnson offered a telling reply. 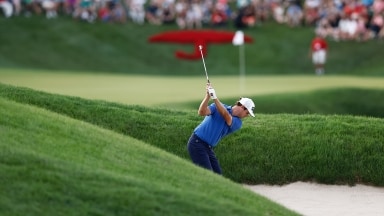 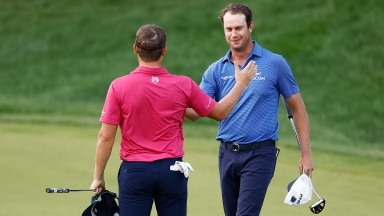 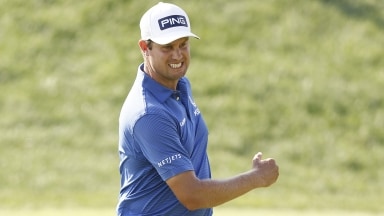