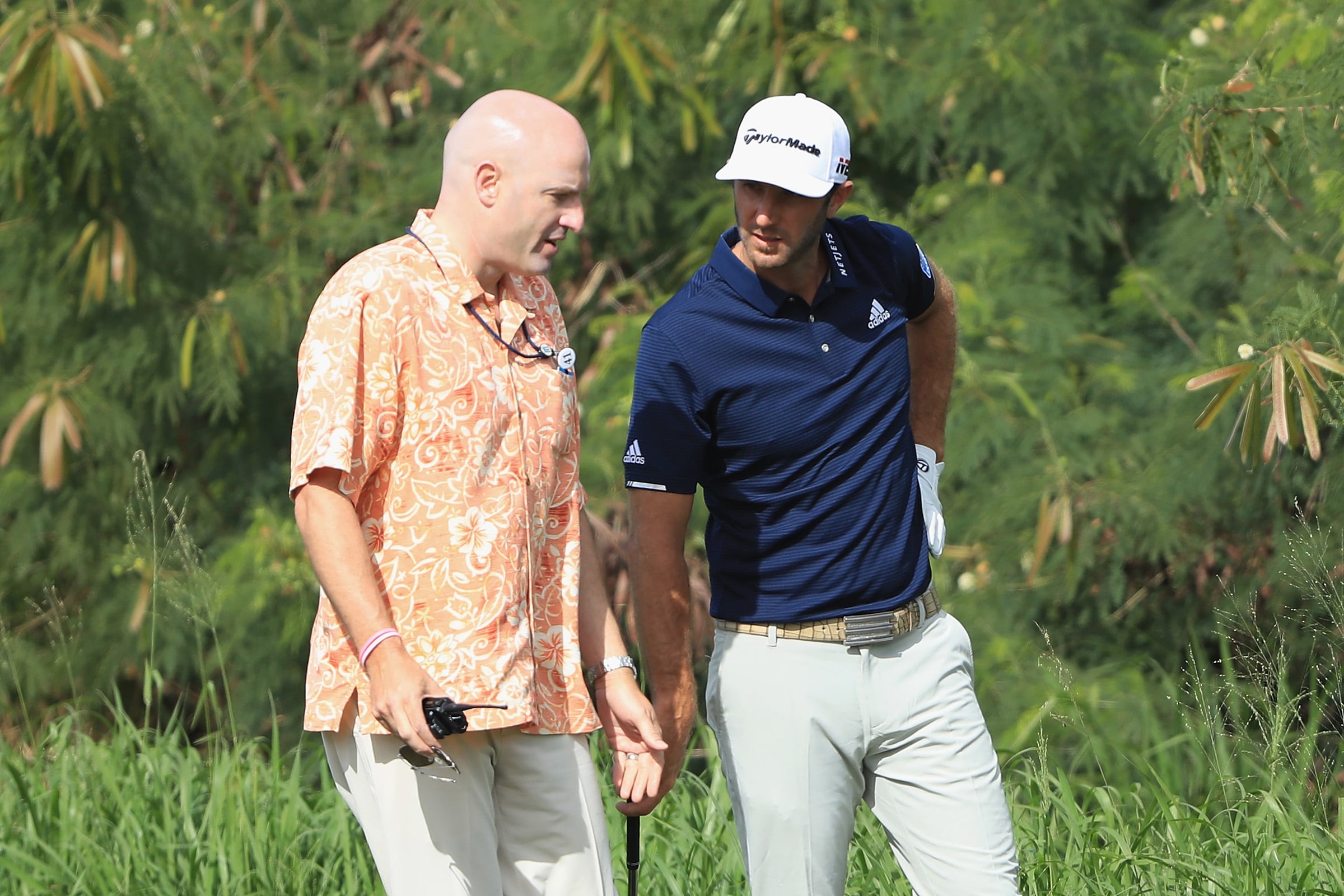 Getty Images
PGA TOUR Rules Official Ken Tackett speaks with Dustin Johnson of the United States on the fourth hole during the second round of the Sentry Tournament of Champions at the Plantation Course at Kapalua Golf Club on January 4, 2019 in Lahaina, Hawaii. (Photo by Sam Greenwood/Getty Images)  -

KAPALUA, Hawaii – Dustin Johnson was doing Dustin Johnson things at the Sentry Tournament of Champions, where he’s won twice. He started Friday's second round just one shot off the lead and fresh off a first-round 6-under 67, his 32nd under-par round in as many trips around Kapalua.

But then things started to come apart.

After a bogey at the second hole, Johnson sailed his drive at the par-4 fourth hole left and into a penalty area of native grass. After being told by a marshal that his ball was just inside the grass line, Johnson played his next shot onto the green.

He made it only a few more yards down the fairway before he discovered his mistake.

“When I walked up 20 yards, and I saw my ball. That's what made me realize it wasn't mine,” said Johnson, who was penalized two shots for playing the wrong ball per Rule 6.3c(1) of the new Rules of Golf, which went into effect on Jan. 1.

Johnson made a double-bogey-6 on the fourth and turned at 3 over for the day before he rebounded with two birdies on his inward loop for a 1-over 74, his first over-par round at Kapalua. He is now tied for 12th and seven strokes off the lead.

“The marshal had it marked, said it went in the hazard right there and there was a ball right there and it was a TaylorMade,” Johnson said. “I just assumed it was mine. And it was way up in there, so I didn't want to move anything.”

Players are now allowed to identify their golf ball in a hazard (now called a penalty area by the USGA) without penalty even if their golf ball moves. The new rule also states that the only exception to a penalty for hitting the wrong ball is if a player makes a stroke at a ball moving in water in a penalty area or temporary water.

Two days ago, Johnson, who previously had been involved in notable rules incidents at the 2016 U.S. Open and 2010 PGA Championship, talked about how he had done little research in studying the new rules.

"I actually just looked at it for like a minute upstairs before I came down." Johnson said. "They've got a big poster in the locker room."

His tune changed after Friday's incident.

“That won't ever happen again," Johnson said. "I can promise you that. It's just bad luck."