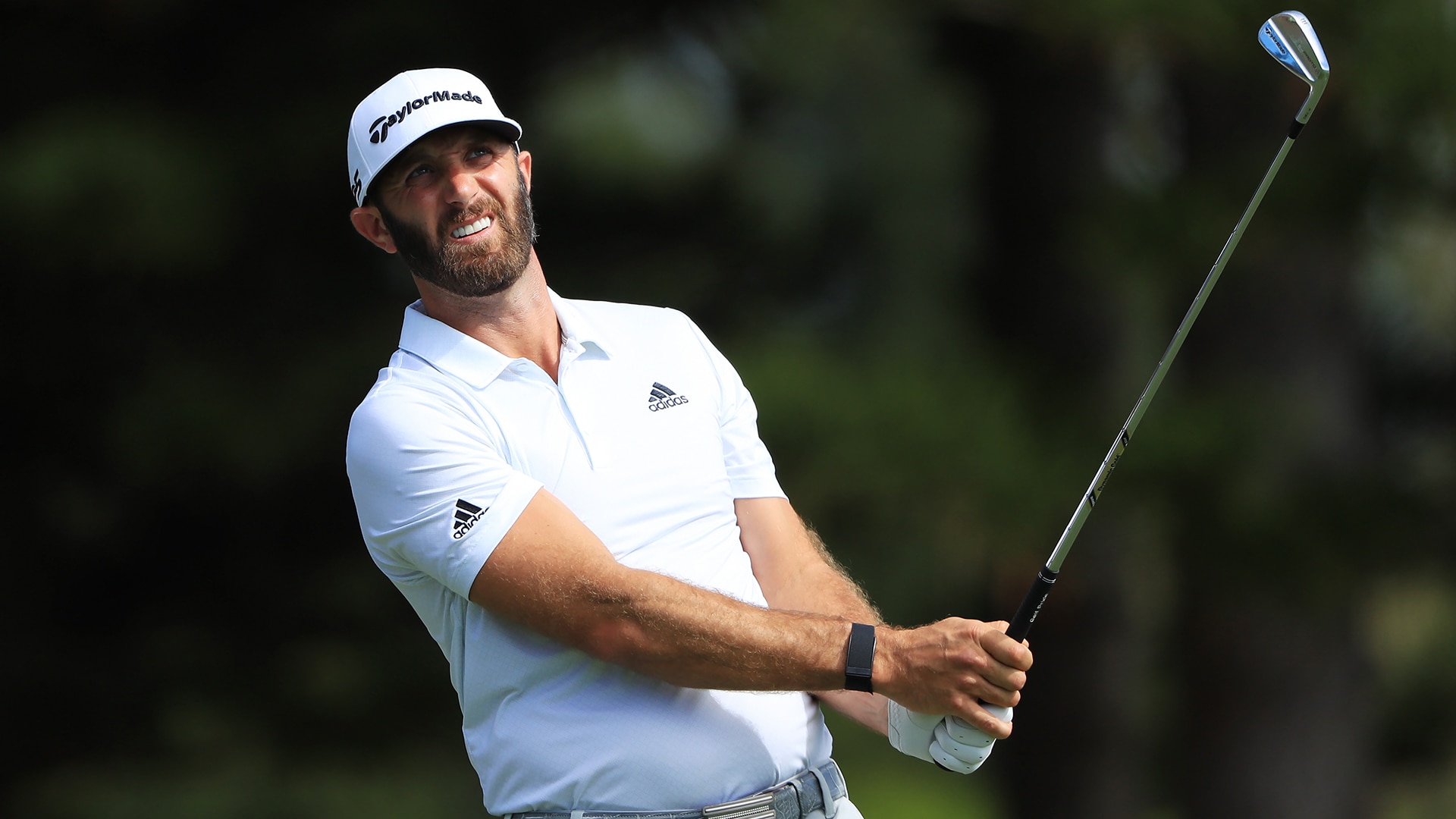 Dustin Johnson is a two-time winner in nine career starts at the Tournament of Champions, so he knows his way around Kapalua. But in Thursday's opening round, Johnson likely saw some spots on the course he’d never seen before.

It was an all-over-the-place round for Johnson, who is playing his first individual event on the PGA Tour since the Tour Championship last August.

Johnson missed six fairways and six greens, and he ranked ahead of just one player in strokes gained: off-the-tee, a statistic that Johnson normally dominates. Three of Johnson’s tee balls ended up in the penalty area.

He opened play with a 362-yard drive and 31-foot birdie make at the par-4 first hole, and he added four more birdies and an eagle.

But he also carded four bogeys and a double, which came at the par-5 ninth hole after Johnson yanked his tee shot left into the native area. He also found the thick stuff off the tee at Nos. 12 and 14, bogeying both holes.

Johnson managed to save par from 20 feet at the par-5 18th, where his third shot went 5 yards, and salvaged a 1-under 72. It was just the 12th time in 36 career rounds at the TOC that Johnson had failed to shoot in the 60s.

Through 18 holes, Johnson is six shots behind leader Joaquin Niemann, who missed only one green in Round 1.