DJ shoots 64 to surge up leaderboard in Abu Dhabi 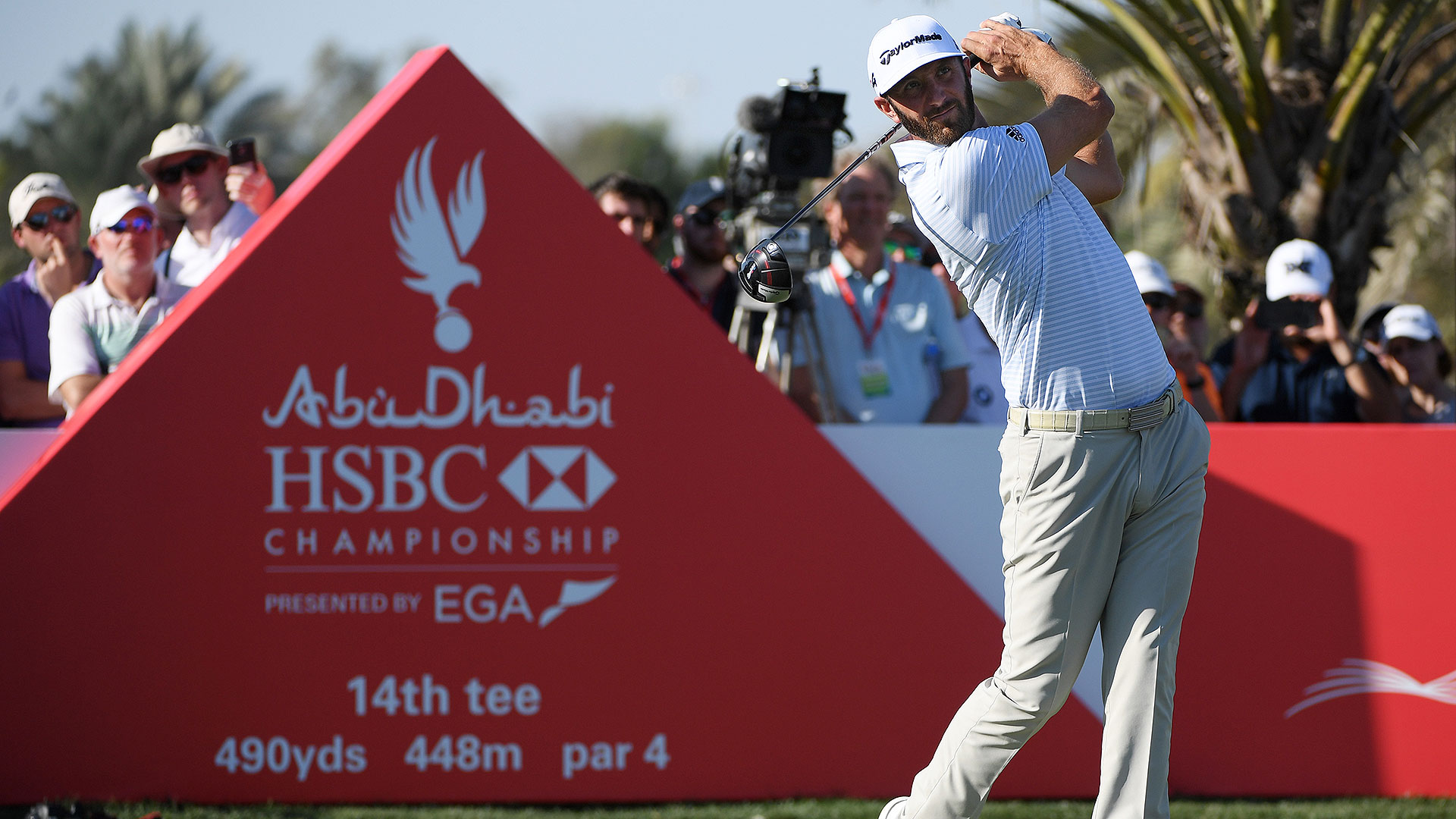 Dustin Johnson stood out among a star-studded three-ball that combined to shoot 18 under par with just one bogey Friday at the Abu Dhabi HSBC Championship.

Shaking off a sloppy first round at Abu Dhabi Golf Club, Johnson matched the low round of the day with a 64 that put him within four shots of Thomas Pieters’ lead.

“I did everything really well,” Johnson said. “It was a pretty easy 64.”

Johnson made four bogeys during an even-par 72 on Thursday and needed a solid round Friday to make the cut. Before long, he was closer to the lead than the cut line, making birdie on three of the last four holes and setting the pace in a group that also included good rounds from Rory McIlroy (66) and Tommy Fleetwood (68).

“Everyone was hitting good shots,” McIlroy said. “That’s all we were seeing, and it’s nice when you play in a group like that. You feed off one another.”

Coming off a blowout victory at Kapalua, Johnson is searching for his first regular European Tour title. He tied for second at this event a year ago.

Johnson’s second-round 64 equaled the low round of the day (Jorge Campillo and Branden Grace).

“It was just really solid all day long,” Johnson said. “Hit a lot of great shots, had a lot of looks at birdies, which is what I need to do over the next two days if I want to have a chance to win on Sunday.”