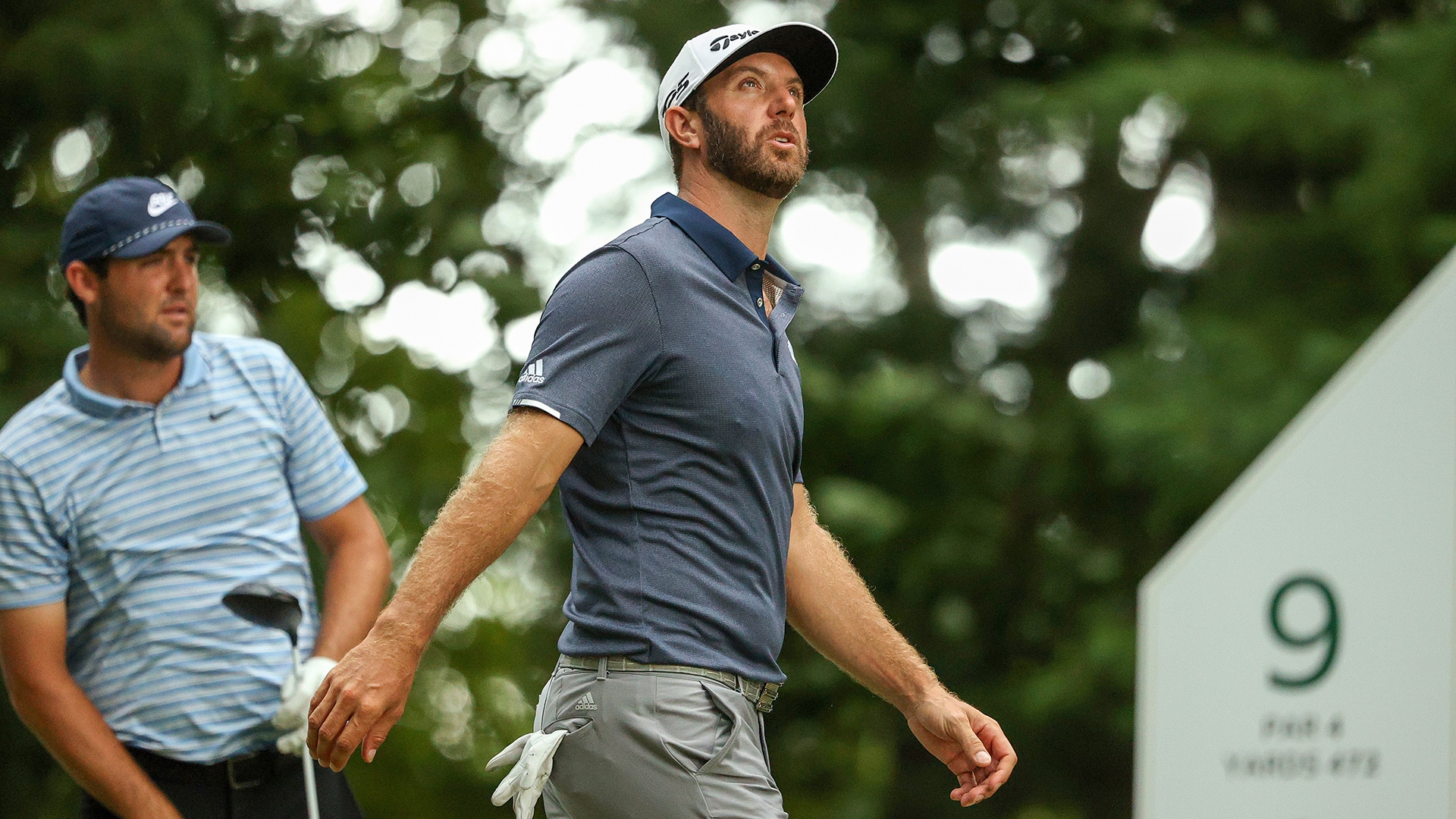 His birdie-eagle close might not have given him a sub-60 score, but it did help him open up a five-shot lead at The Northern Trust.

Cruising along and a few shots ahead of a packed leaderboard, Johnson rolled in a 20-footer for birdie on 17 and then capped his round with a 40-foot eagle putt to sit at 22-under 191, five shots clear of Scottie Scheffler and Harris English. That finishing kick would have come in handy during the second round, when Johnson played the first 11 holes in 11 under par before stalling out to finish. On 18, he drove into an awkward lie in the rough, laid up and hit a mediocre wedge to record a 60 that largely felt disappointing.

Johnson seemed satisfied this time – because it meant he had put a stranglehold on the tournament.

Since 2010, only five players in 29 attempts have failed to close out a lead of five or more shots. Johnson is one of those – when he blew his big advantage at the 2017 WGC-HSBC Champions. He also coughed up a 54-hole lead two weeks ago at the PGA Championship, where he closed with 68 but couldn’t keep pace with Collin Morikawa.

“I played good at the PGA on Sunday,” he said. “I can’t really complain. Obviously, Collin played really well on Sunday. Wasn’t anything I could do about that.”

Another low round Sunday will be enough to move Johnson to the top of the FedExCup points race and, in all likelihood, back to No. 1 in the world. He’ll assume that spot if he wins and Justin Thomas and Jon Rahm finish worse than a three-way tie for second.