Pepperell beats marker Knox, which makes him 'better than Rory' 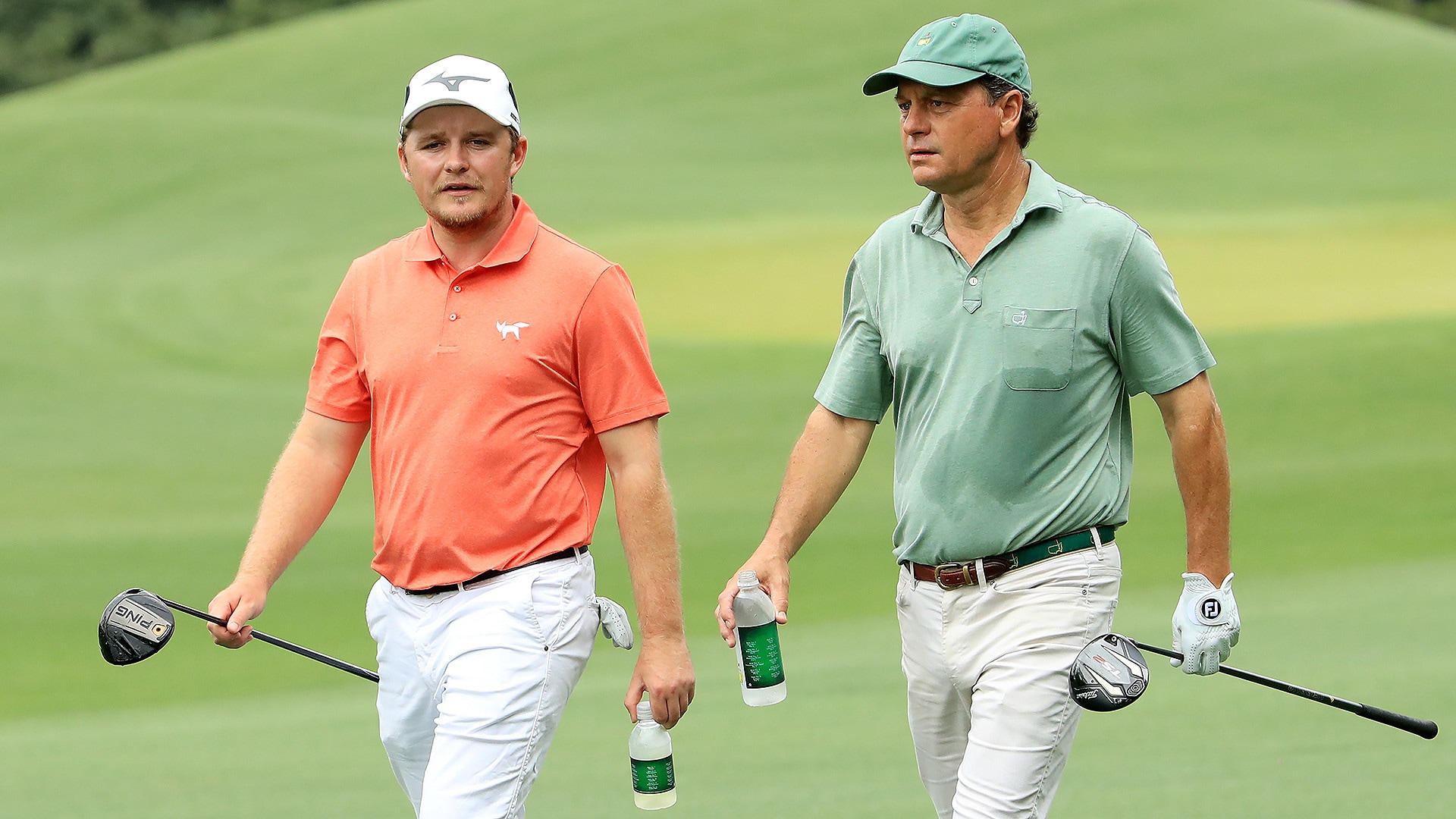 AUGUSTA, Ga. – For a place that prides itself on supplying patrons with plenty of guidance and information, there’s an aura of mystique surrounding Jeff Knox.

With an odd number of players (65) making it past the 36-hole cut at the Masters, it was once again time for Knox to shine Saturday morning. But only those in the know had a proper appreciation for the 56-year-old who comprised the anonymous half of the 9:05 a.m. ET pairing alongside Eddie Pepperell.

On the tournament-supplied tee sheet, the player information said only “(Marker).” Knox’s caddie sported a white jumpsuit with no name on the back, his stand golf bag bearing no information beyond a small Augusta National logo near the base. Dressed in a forest green shirt and hat above a green Masters belt, Knox almost seemed to be trying to blend in with the verdant surroundings.

“Is that the club pro or something?” one patron asked aloud near the 14th tee. “How come he can just pick it up?” wondered another after Knox casually scooped his 18-inch par putt on 11, sending a momentary shock wave through the grandstands along Amen Corner.

“I guess that’s why he’s got the course record,” said another patron after Knox stuffed his wedge approach on No. 15, an accurate reference to Knox’s 61 from the member tees back in 2003.

In a tournament laden with tradition, this has become a moment to celebrate for golf nerds and fans of the everyman, as Knox has now stepped into the game’s most famous arena for nine straight years and counting. He even showed a flair for the dramatic, dropping a 30-foot birdie putt from across the 18th green (with the flagstick in, no less) to close out what Pepperell estimated to be a 2-over 74.

“I wasn’t sure I was playing with him until I saw him on the range hitting balls actually. And then I saw him swinging it and I thought, ‘I’m in trouble.’ He had a really nice swing,” Pepperell said. “The course is probably a little too long for him at this point, but man he’s a good player and his short game is brilliant.”

The two men set a brisk pace in the opening pairing, completing play in 3 hours and 15 minutes. Knox wore an appreciative grin throughout, often shaking hands with patrons and club members near the greens and tees as he played yet another round that will never register in the tournament history books.

“I did beat him, so make sure you report that. I don’t want any myths going around,” Pepperell joked after an even-par 72. “I did beat him, which makes me better than Rory McIlroy, apparently.”

That was a pointed reference to 2014, when Knox’s unofficial 70 clipped McIlroy by a shot while the Ulsterman was en route to a top-10 finish. This time around there were more than a few instances where Knox picked up from close range, per the guidance of his playing partner: “I wanted to be really generous,” Pepperell said. “Just in case he did beat me, then I’d have an excuse.”

Rumblings emerged Friday evening that Knox would be replaced by accomplished amateur and recent Augusta National member Michael McDermott, indicating that a changing of the marker guard may not be too far down the road. But for now (and barring any unexpected withdrawals), Knox is expected to get the call Sunday when he’ll sidle up alongside yet another accomplished pro and, more than likely, hold his own.

It’s become something of a springtime tradition, the only player at the Masters who is seen but never acknowledged.

“He was nice. Really good to play with, actually,” Pepperell said. “Dare I say it, the most friendly professional I’ve ever played with.” 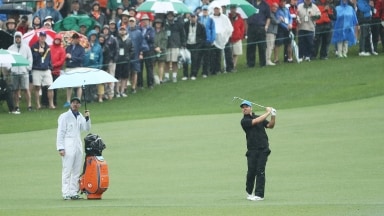 Paul Casey enjoyed his round with marker Jeff Knox and even attributed his improved play to his playing partner on a rainy morning at Augusta National. 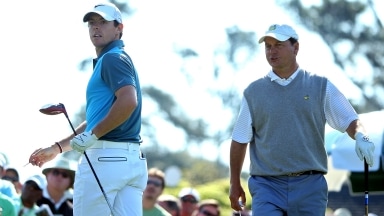 Rory McIlroy was absent from the WGC-Mexico Championship and used a rare break in his busy schedule to make a trip to Amen Corner. 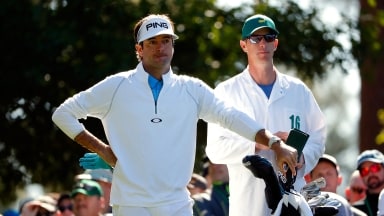 Bubba Watson was first out in the third round of the Masters Tournament, playing alongside Augusta National member Jeff Knox.