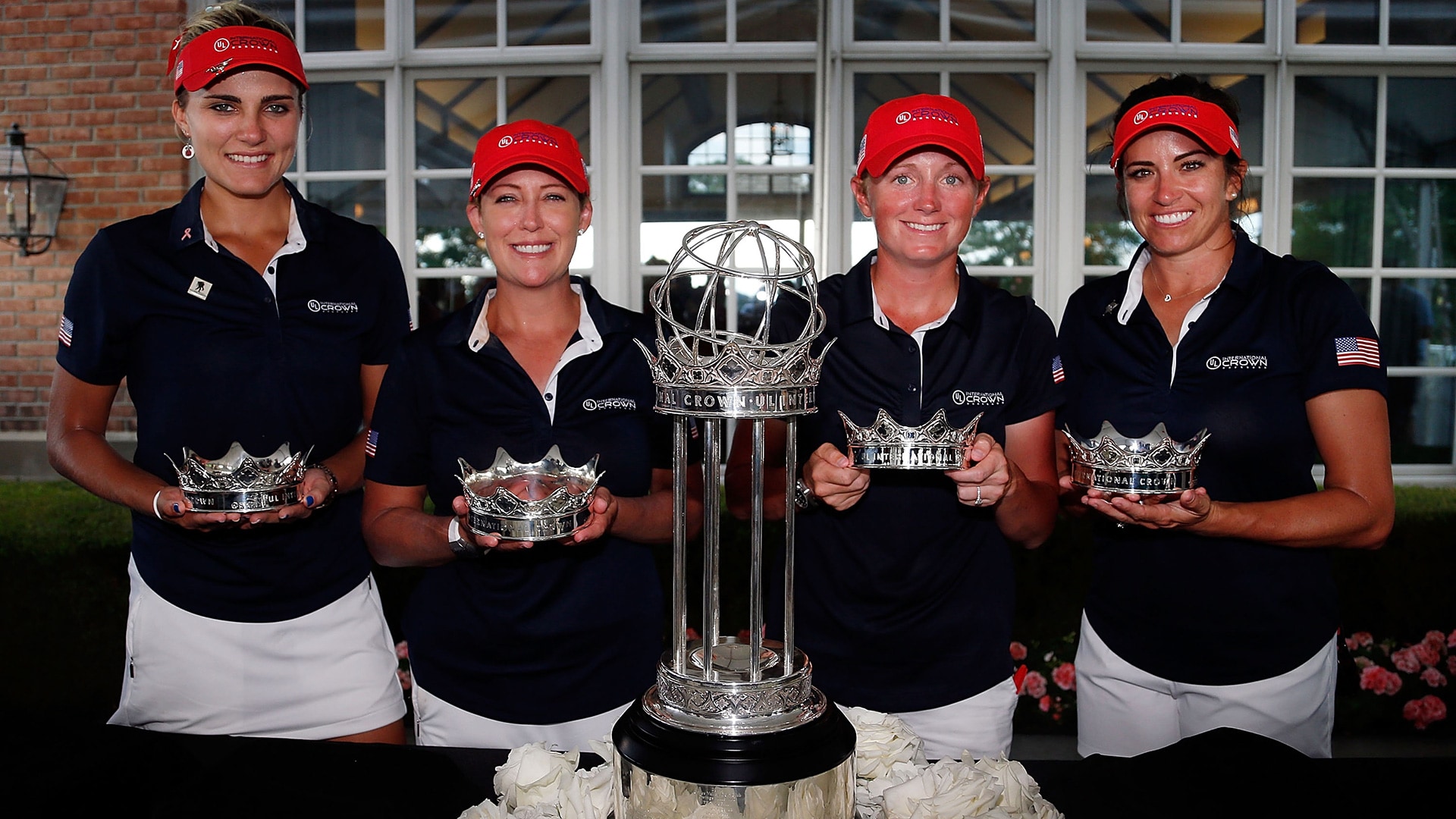 South Korea will likely be the No. 1 seed again at the UL International Crown.

The Americans are back in the mix to defend their title, with Michelle Wie in position to qualify for the first time.

Sweden is back in the event, China is not and Spain missed qualifying again.

These were some of the highlights Monday with eight countries securing qualification for this fall’s third rendition of the UL International Crown. While the qualifying countries are set, the four-woman rosters are not, with battles to make the teams continuing. Final rosters and team seeding will be set on July 2, after the KPMG Women’s PGA Championship.

The LPGA’s biennial international team event is scheduled to be played at Jack Nicklaus Golf Club Korea in Incheon, Oct. 4-7.

South Korea is in position to be the top seed for second time, but the golf power will be seeking its first UL International Crown title. The Koreans will be overwhelming favorites on their home turf with world No. 1 Inbee Park a lock to make the team.

With Wie’s strong play this year, she is in position to help the Americans.

Wie is No. 18 in the Rolex Women’s World Rankings, currently good enough to hold the fourth and final spot, but her friend Danielle Kang is just two world ranking spots behind her, in position to challenge. World No. 3 Lexi Thompson, No. 11 Jessica Korda and No. 12 Cristie Kerr are holding the top three spots in American qualifying. Korda is also looking to make the team for the first time.

If the event were played today, 12 of the top 13 players in the world rankings would be in the field.

Here’s how the final team qualifying ended, with individual player world-ranking positions totaled to determine which countries made it. The lower the ranking total, the better: