From World Cup to Ryder Cup, success in the details 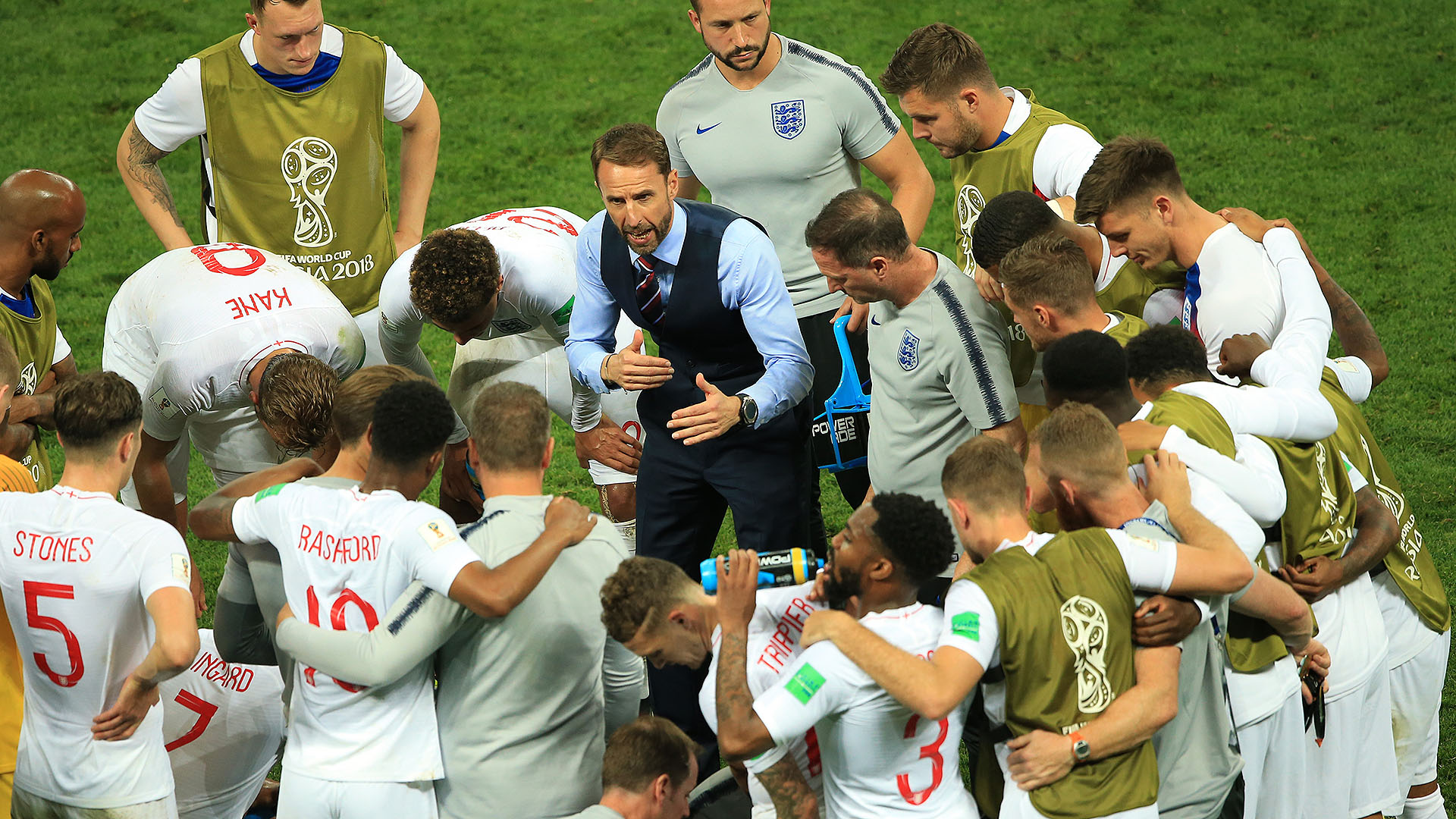 In the run-up to this week’s Scottish Open, England’s Chris Wood tweeted a picture of a custom-made wedge with the words, “It’s coming home,” etched into the toe of the club.

Memes of the English team’s rally cry have flooded social media as the squad prepares for its semifinal match against Croatia on Tuesday at the FIFA World Cup in Russia, and even a wildly uneducated fan (your scribe pleads guilty) can appreciate what the moment means to both English soccer and the nation.

It also doesn’t take a lot of online digging to identify Gareth Southgate, the charismatic English manager, as the intriguing architect of the team’s improved fortunes in this World Cup.

Described in a recent Telegraph feature as “a sponge when it comes to small margins, tactical gains and simply trying to think differently,” Southgate’s success is an interesting study in the management of modern athletes.

Earlier this year, Southgate traveled to Minneapolis to attend the Super Bowl and while he was there he took a train to watch the Minnesota Timberwolves play the Milwaukee Bucks. He’s not so much a fan of basketball as he is the concept of team cohesion and the complicated dynamics of convincing young, rich and successful athletes that the success of the team transcends individual accomplishments.

Southgate has made an art of pulling from other sports, from the NFL to international rugby unions, both tactical and psychological tidbits he’s used to make this World Cup England’s most successful in decades, regardless of Tuesday’s outcome in Russia.

Simply put, following decades of competitive futility, a young group of talented players buying into a singular concept have become more than the sum of their parts.

It wasn’t that long ago when we were having these same conversations in U.S. golf circles. Heading into the 2016 Ryder Cup, the American side had lost six of seven matches, including a heartbreaking Sunday singles meltdown in ’12 and a particularly embarrassing 16 1/2-11 1/2 drubbing in Scotland in ’14.

From that Scottish loss was born a complete overhaul of the American Ryder Cup team. Officials, in conjunction with players, reworked the way teams were formulated and how captains were selected. Like Southgate,’16 U.S. captain Davis Love III fixated on the minutiae, the small margins to gain a tactical advantage, and delegated responsibility from the top down, each vice captain, each player, each caddie had specific goals and responsibilities.

It’s the Bill Belichick deal: Do your job.

Love will quickly dismiss his role in turning America’s Ryder Cup fortunes around, instead insisting that is was the players and the process that lifted the U.S. side to a 17-11 victory two years ago at Hazeltine.

Most reports suggest Southgate adheres to a similarly subdued profile, but there is no mistaking how both leaders, and those around them, have been able to transform a team of all-stars into an all-star team, players invested in the notion of competing for their country, not a paycheck.

Even the two front-men’s pre-game concoctions strike a similar tone.

Southgate began a ritual prior to each match where a decorated former player presents a current player with his jersey in the locker room as a way to reinforce how meaningful it is to represent your country.

Prior to the ’16 matches, which were played not far from where Southgate studied the Super Bowl teams in Minnesota, Love had three-time Ryder Cup player and Golf Channel analyst David Duval come to the team room after a particularly heated on-air exchange with Brandel Chamblee about who was to blame for America’s misfortunes in the matches. Duval was given a standing ovation by the team.

This year’s U.S. captain Jim Furyk is cut from the same detail-oriented mold, already making numerous trips to Le Golf National in Paris, site of this fall’s matches, to oversee the most mundane of details (he’s already organized how the team’s hotel rooms will be arranged, for example).

In many ways, some still dismiss the importance of the U.S. Ryder Cup task-force-turned-committee, and in the run-up to the ’16 matches even some of the European players smirked at the notion answers could be found in a conference room. But there is an art to nuanced leadership. Love proved the point two years ago, and England’s Southgate is proving it now at the World Cup.

Success is in the margins and can be found in the most unexpected places.