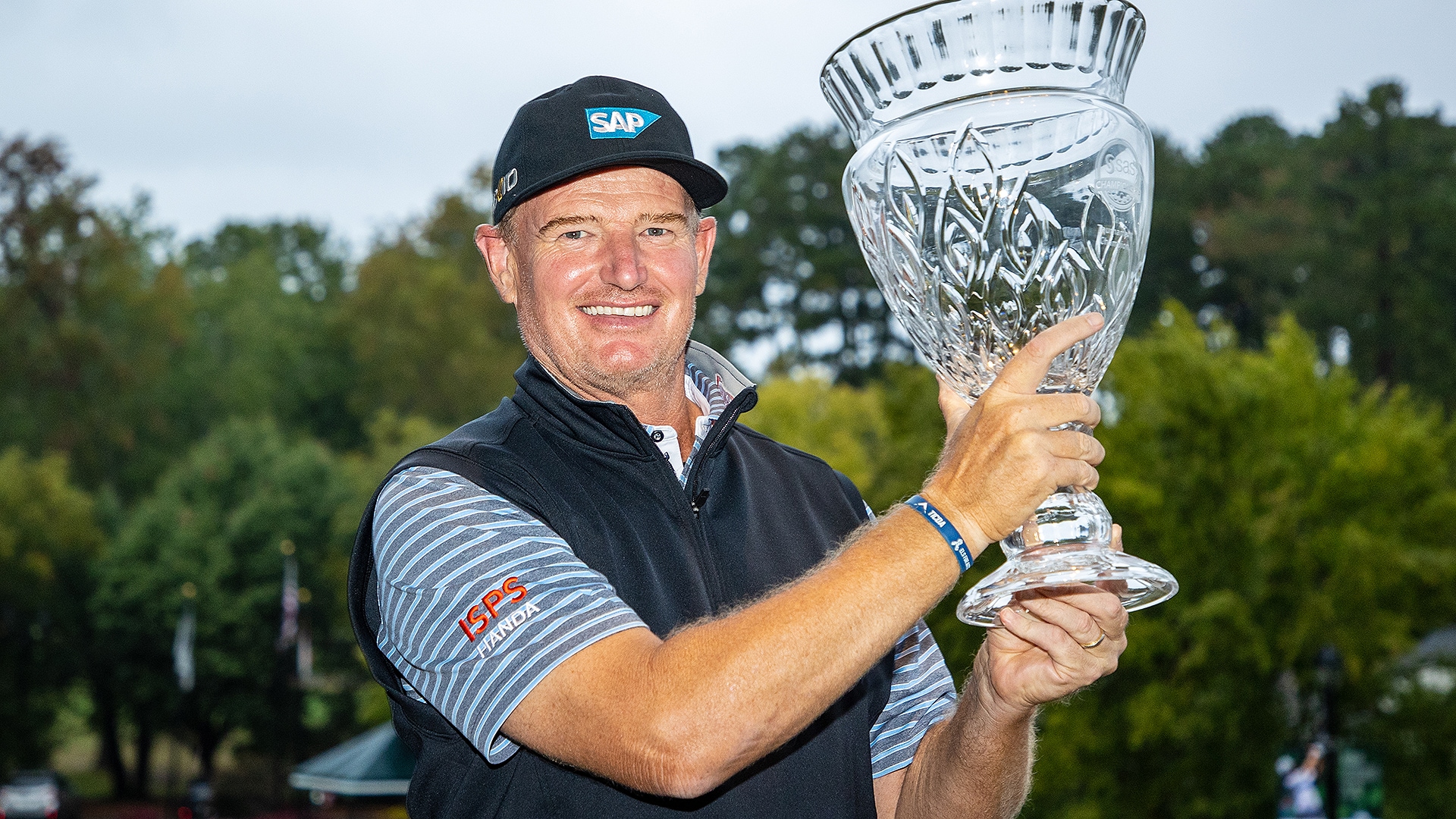 CARY, N.C. – Ernie Els birdied the final two holes, running in a 30-footer in the rain on the last, for a 6-under 66 and a one-stroke victory over Colin Montgomerie on Sunday in the SAS Championship.

Jim Furyk missed a chance to become the first player to win his first three PGA Tour Champions events, closing with a 70 to tie for ninth at 8 under – four strokes behind Els. Furyk won at Warwick Hills and Pebble Beach.

Els won for second time in his first 10 starts on the 50-and-over tour. The South African star, a four-time major champion with 19 PGA Tour titles, finished at 12-under 204 at Prestonwood Country Club. He pointed to putting help from fellow player Mark O'Meara.

“Just by chance I saw him on the putting green the other day and we just started chatting a little bit,” Els said. “He uses the same putter that I use, so we started talking a little bit and I said, ‘Hey, have a look here.′ I didn’t have a great experience at Pebble obviously a couple weeks ago. He looked at me, and he’s a great putter and knowing a man that long, he gave me a nice assist. He told me what he felt I should do and here I am. So, I owe Mark O’Meara.”

Els tied Montgomerie, playing three groups behind, with the birdie on the par-5 17th and pulled ahead with the long putt on the par-4 18th.

“I had 64 in mind,” Els said. “Especially on the final round, the guys, there were so many guys bunched. I was coming from 6 under, I reckoned 14 under was maybe a good score, but then the conditions helped out and it became really tough. So, 66 just squeaked in there.”

Montgomerie, tied for the second-round lead with Darren Clarke and Woody Austin, parred the final four holes – giving himself little chance on 18 when he hit his 190-yard approach 50 feet left. He shot a 70. 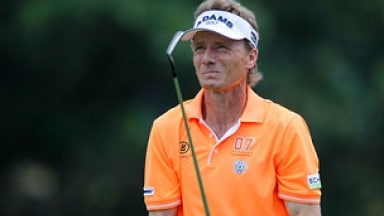 Bernhard Langer rallied to win the SAS Championship on Sunday and take the lead in the Charles Schwab Cup points race, shooting a 9-under 63 to beat Jay Don Blake by two strokes. 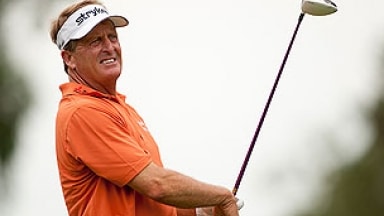 Steve Pate and Fred Funk shot 3-under 69 on Saturday to share the second-round lead at 8 under in the Champions Tour's SAS Championship.

Russ Cochran topped the SAS Championship leaderboard Friday in his return from a back injury, hitting all hit all 18 greens in regulation and shooting a 6-under 66.