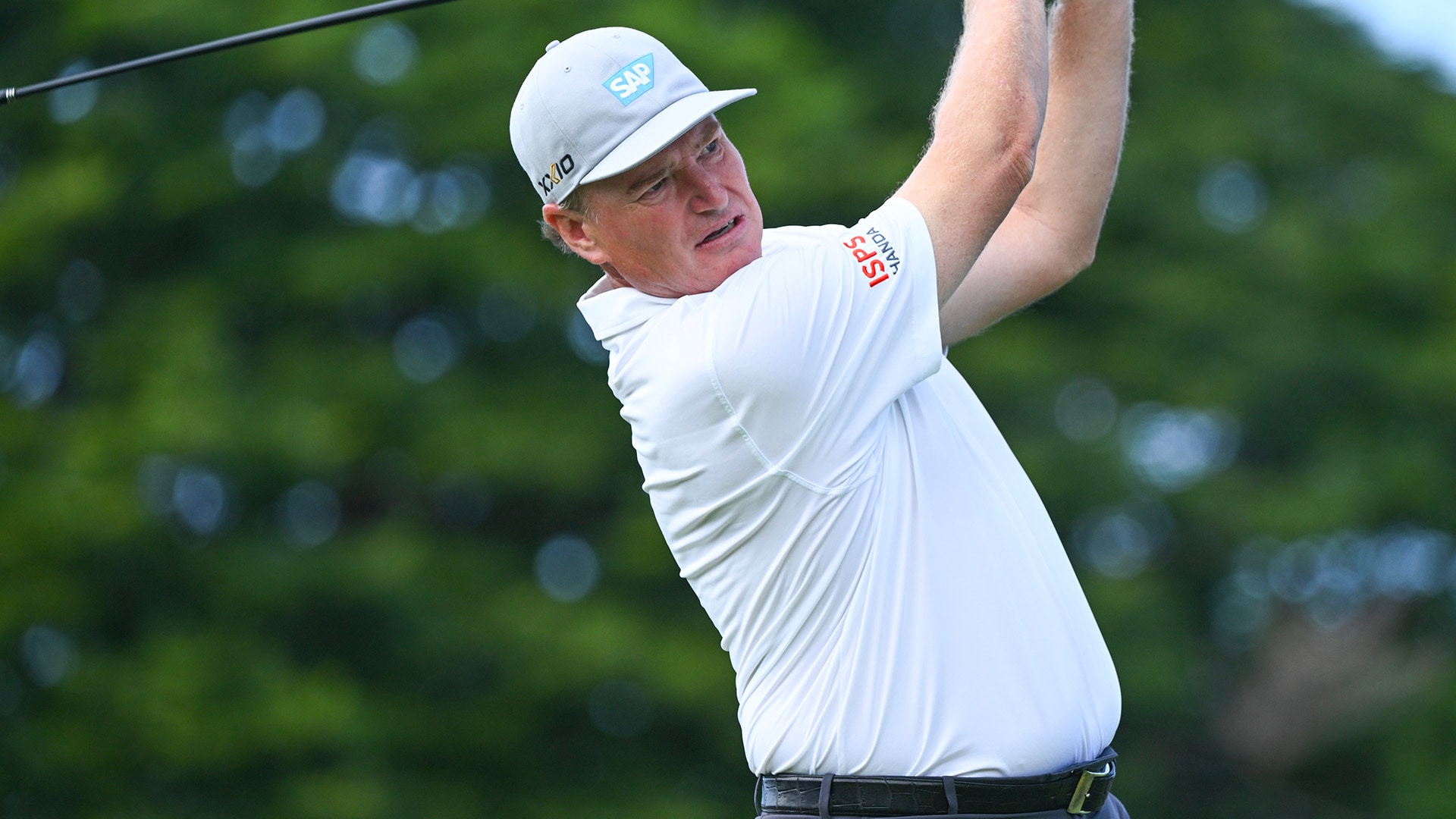 KA’UPULEHU-KONA, Hawaii – Ernie Els birdied the final hole Thursday, set up by a difficult wedge from a fairway bunker, giving him an 8-under 64 and a one-shot lead over Vijay Singh as the PGA Tour Champions season began at the Mitsubishi Electric Championship at Hualalai.

Bernhard Langer, coming off his sixth Charles Schwab Cup title last year at age 64, had knee surgery in the offseason and still managed to join the large group at 66.

Defending champion Darren Clarke, Retief Goosen, Stephen Ames and Stephen Alker also were at 66. Alker had no status last year until he went from a qualifier to a series of top 10s and eventually a victory.

The 42-man field for the season opener is for winners the last two years, senior major champions the last five years and sponsor exemptions.

Els, who lost in a playoff on the Big Island two years ago, used the front slope of a back bunker on the par-5 14th for his second shot to roll onto the green about 10 feet away for eagle.

He closed out his round from the bunker, a difficult shot from 100 or so yards. Els’ approach landed just behind the hole, and he made a 12-foot birdie with about a foot of left-to-right break.

Among those making their debut on the 50-and-older circuit was David Duval, the 2001 Open champion. He opened with a 74.

Jim Furyk, who began the Sony Open on the PGA Tour last week with a 62 but finished in a tie for 42nd, opened with a 67. 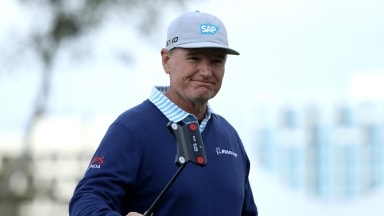 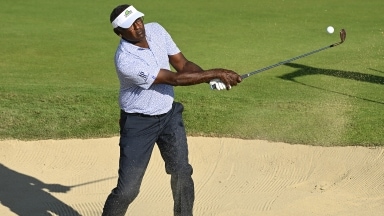