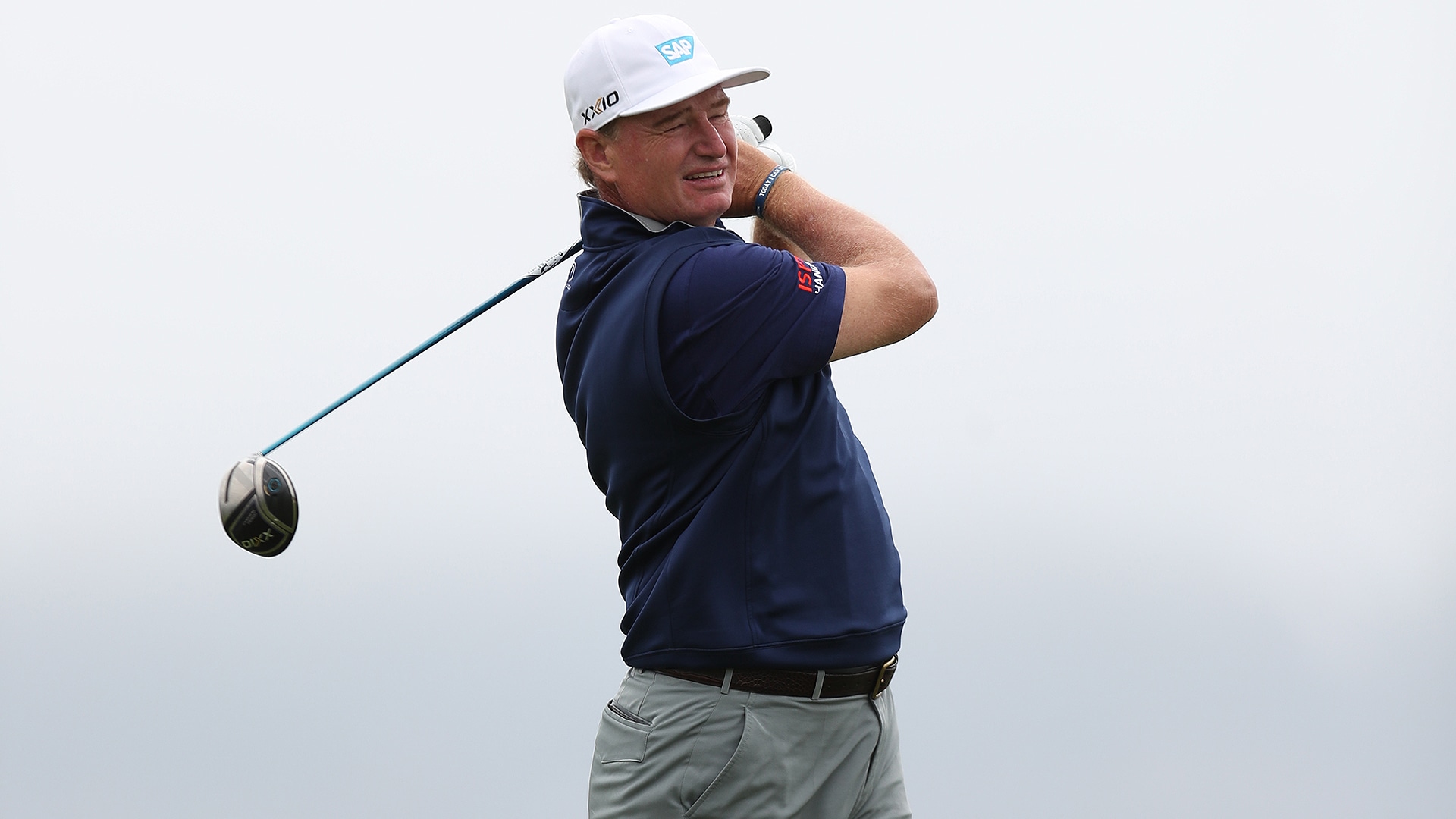 PEBBLE BEACH, Calif. — Jim Furyk wasted a fast morning start with a dismal finish Saturday at Pebble Beach in the second round of the PGA Tour Champions’ Pure Insurance Championship.

Ernie Els then missed a chance to build a big lead in the afternoon, giving Furyk a reprieve and letting Fred Couples and many others get into contention.

Trying to join Arnold Palmer and Bruce Fleisher as the only players to win their first two starts on the senior tour, Furyk followed his opening 8-under 64 with a 73 to drop two strokes behind leader Els — as close as he could have realistically hoped when he staggered off the 18th green.

“In a worst-case scenario I should be in shouting distance of the leaders tomorrow,” Furyk said at the time, with Els and the other afternoon players hours from finishing.

Furyk birdied the first two holes in the morning round and got to 12 under with two more on Nos. 6 and 7. Little went right after that. He dropped strokes on Nos. 8, 12 and 14, got one back with a chip-in birdie on 16, then closed bogey-double bogey.

“I’ve got a chance to go out and win a golf tournament, so I’ve got to look at the bright side and not dwell on 17 and 18,” said Furyk, The Ally Championship winner last month in Michigan in his tour debut.

“It was pretty tough because we started on the back nine and the wind was really up, and playing the back nine in a north breeze, a lot of the holes were going into the wind and club selection got very tricky,” Els said. “A little scrappy today, but very happy to carve out a 70 and hang on to the lead.”

The South African star lost a playoff in his senior debut in Hawaii in January in the season opener, then won the Hoag Classic in March down the California coast in Newport Beach.

“There’s some really quality players and a lot of other players, so I can’t be looking at them,” Els said. “I know what I need to do. I need to play a really good, solid round of golf and if I do that, we’ll see what happens. It should be exciting.”

Because of the COVID-19 pandemic, the event is being played without spectators and juniors from The First Tee program. The amateur field was cut to 80.