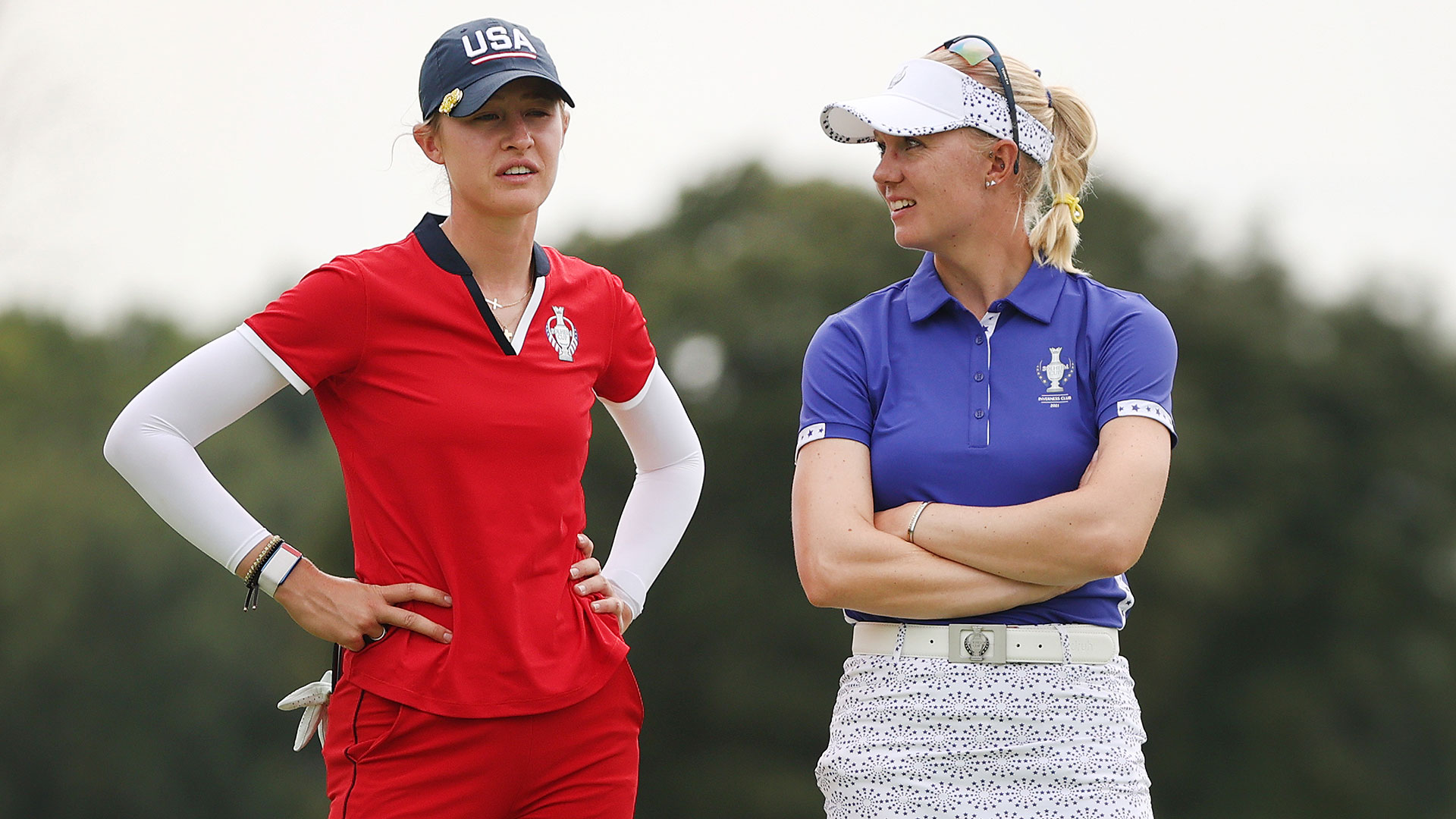 Nelly Korda was putting for eagle at the par-5 13th in her fourball match when the ball rolled around the right edge of the hole and settled – depending on your perspective – near the lip behind the hole.

Opponent Madelene Sagstrom picked up the ball and handed it to back to Korda, and the hole appeared to be tied in birdie.

According to on-course rules official Missy Jones, she called the rules official in charge of observing on TV to confirm what had just happened. "I know what I saw but wanted confirmation and I got it," Jones tweeted afterward. "Ruling was correct and made after confirmation. Very black-and-white rule."

Korda’s ball was determined to be overhanging the lip and Sagstrom didn’t allow for at least 10 seconds for Korda to approach the ball to see if it would eventually drop.

“But it was never going to go in,” Sagstrom told Jones. “It was not hanging on the hole. Can we get TV to look at it?”

After further review of television replays, the decision was upheld. The LPGA provided a statement, saying that the "chief referee, match referee, observer and TV observer all deemed that Nelly Korda's third shot on No. 13 was overhanging the hole." Sagstrom, therefore, had violated Rule 13.3a (below) and Korda was ruled to have made her putt, as it relates to Rule 13.3b, in this case for a '3' and the hole win.

It was a crucial moment in the match because it gave the U.S. team of Korda and Ally Ewing a 1-up lead over Sagstrom and Nanna Koerstz Madsen with five holes to play. The Americans hang on to the advantage, matching the Euros down the stretch and winning by that same 1-up margin.

Here is the full definition of Rule 13.3a in the USGA’s Rules of Golf:

If any part of a player’s ball overhangs the lip of the hole:

Editor's note: A previous version of this story stated that rules official Missy Jones was first alerted of the rules violation by the TV observer. That was not the case; it was the opposite, per Jones.