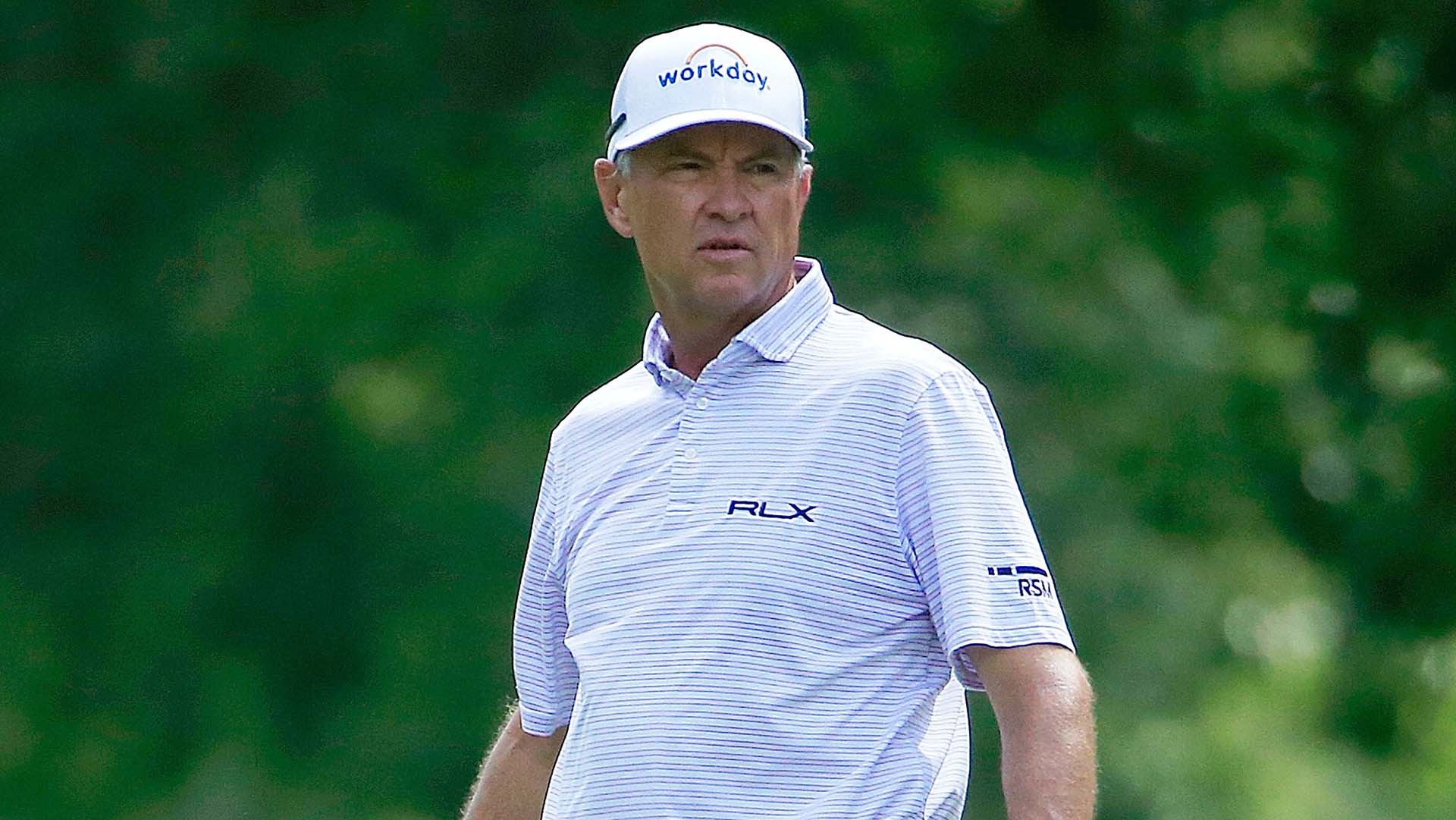 ST. SIMONS ISLAND, Ga. – Davis Love III doesn’t have a lot to prove in his career.

He’s a member of the World Golf Hall of Fame, a lifetime PGA Tour member with 21 victories, a major champion and a winning Ryder Cup captain.

But at 55 years old he still has some goals he’d like to accomplish.

Love explained Wednesday at the RSM Classic, which he has hosted since 2010, that if he can stay healthy, he has his sights set on the Tour’s ultimate “Ironman” mark.

“I've had a few injuries or I would have already passed Mr. Mark Brooks,” Love said.

Brooks holds the Tour record with 803 starts and Love is currently fourth on the all-time list with 769 starts. Despite being slowed in recent years by various injuries and recent news that he will be joining the CBS Sports announcing team, Love said he still wants to catch Brooks.

“He's been saying that if you go to pass me, I want to caddie in that tournament. So, we've been back and forth on the Champions Tour a lot about that record,” Love said.

Love said he still plans to compete on the PGA Tour but will start limiting his starts to courses where he feels he can compete.

“I would like to play [the RBC Heritage] a couple more times maybe and some other places,” said Love, who is a five-time winner in Hilton Head. “I love the PGA Tour, but I know I'm not going to play it forever.”