Even if he goes 3-for-3, FedExCup not guaranteed for Bryson 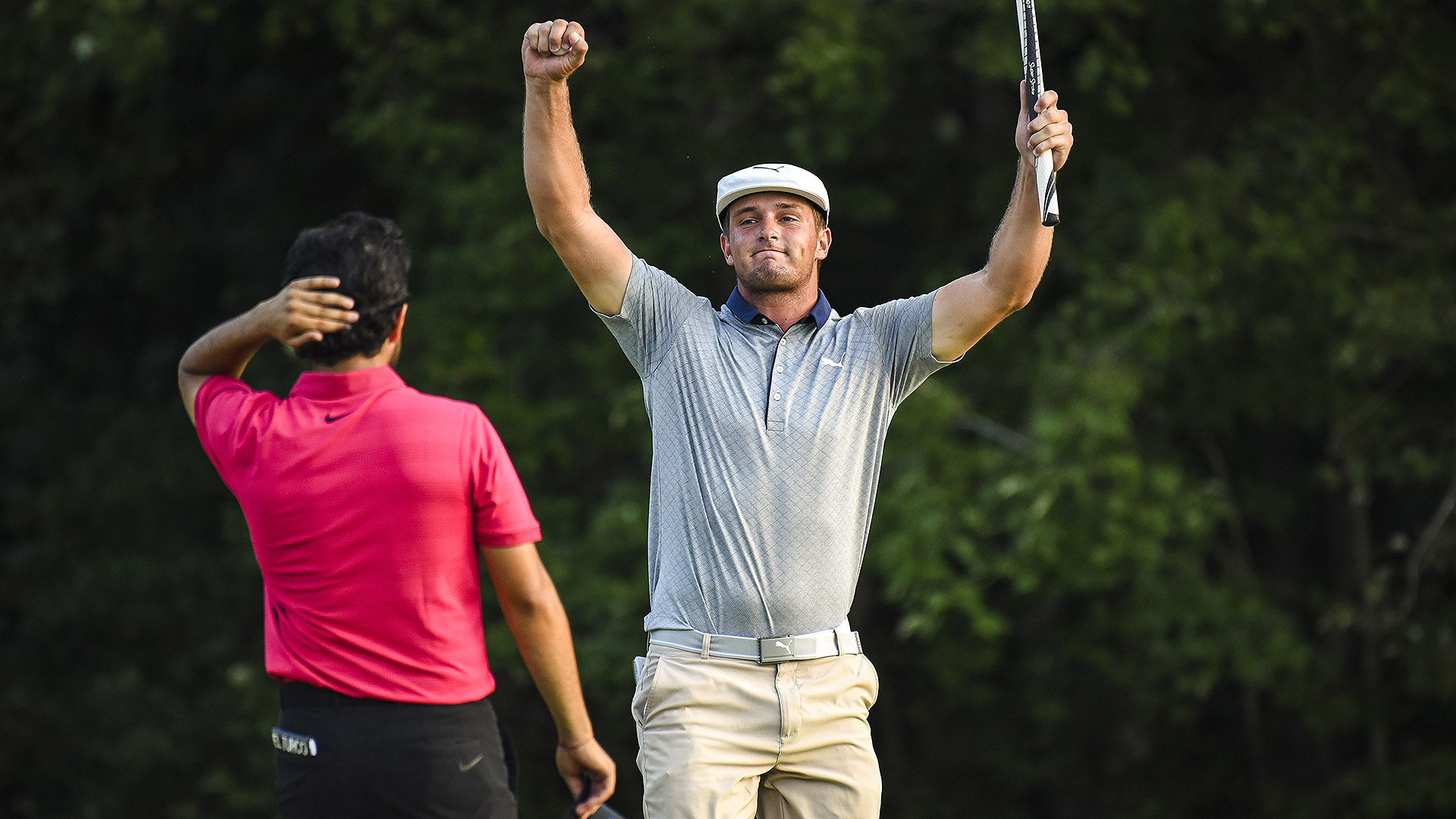 NORTON, Mass. – When Vijay Singh opened the playoffs with two consecutive wins in 2008, he needed only to remain upright for the final two legs in order to claim the FedExCup and $10 million. But after replicating those results, there’s still work to be done for Bryson DeChambeau.

Singh’s run a decade ago sparked an overhaul of the point system by PGA Tour officials, and for the past several years the Tour has ensured that the drama extends to the Tour Championship by resetting the points before the season’s final event. That will again be the case next month at East Lake.

It means that DeChambeau, fresh off wins at both The Northern Trust and Dell Technologies Championship, is guaranteed to be the No. 1 seed regardless of how the BMW Championship plays out. But it also means that seed Nos. 2-5 heading into Atlanta will be guaranteed to win the FedExCup with a victory at East Lake – even if DeChambeau were to finish second.

DeChambeau now has three wins this season, having also captured the Memorial Tournament in a playoff. He’ll hope to keep the momentum rolling after a short trip down the east coast, having never played Aronimink Golf Club – knowing that his season will still come down to his performance in Atlanta later this month.

“Look, if a guy wins the first three playoff events, if that was ever to happen, you’re still not guaranteed to win the FedExCup,” he said. “So this week – it’s funny I say that – this week I’ve got to regroup, sit down, analyze what we could have done better out here and make those changes for next week so I can perform at a better level.”