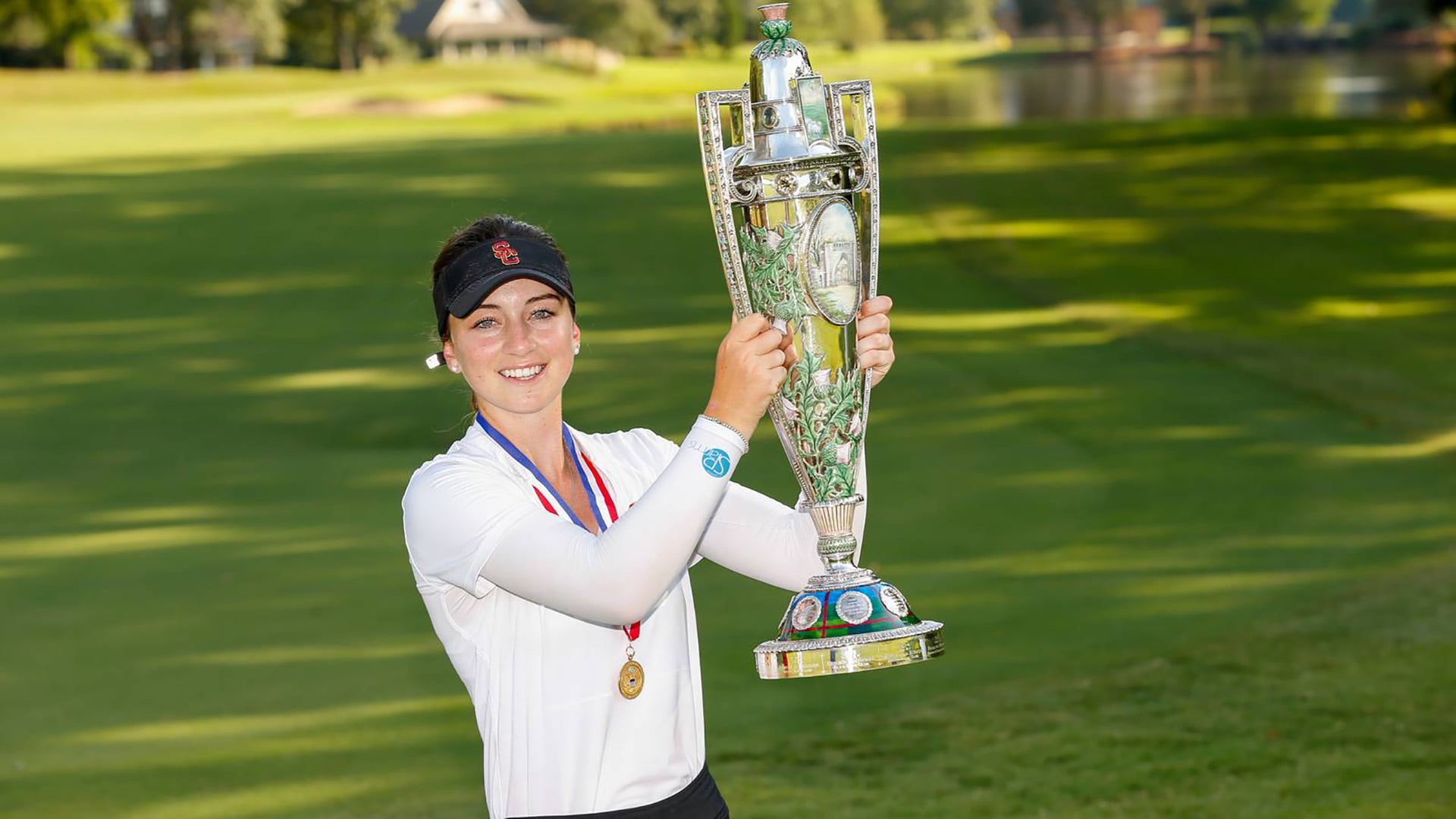 Gabriela Ruffels made history Sunday in Mississippi, making birdie each of her final two holes to defeat Albane Valenzuela, 1 up, to become the first Australian winner of the U.S. Women’s Amateur.

“It’s been kind of a blur the last kind of 20 minutes,” Ruffels said. “But this is amazing. This is what you dream of as a kid when you start playing golf.”

Only Ruffels’ dream of achieving great heights initially began with another sport.

Tennis runs in Ruffels’ blood. Her father, Ray, was a three-time semifinalist at the Australian Open and reached the mixed-doubles finals of the U.S. Open and Wimbeldon. Her mother, Anna-Maria Fernandez, won a national singles title at USC in 1981. Gabriela played the sport competitively and became a top-ranked junior player in Australia, until she gave it up at age 14.

Shortly after, she turned her focus to golf. As if earning a scholarship to a premier program and playing a pivotal role last season for the top-ranked Trojans weren’t enough to validate her decision, Sunday’s triumph at Old Waverly Club left no question.

Ruffels rolled through the first three rounds of match play, never reaching the 16th hole, and then in the semifinals took down All-American Andrea Lee of Stanford to earn a finals matchup against Lee’s Cardinal teammate, Valenzuela.

The 21-year-old Valenzuela, who two years ago lost to Sophia Schubert in the final of this tournament, got out to an early 2-up lead after four holes. But neither player played particularly well in the morning portion. Ruffels won Nos. 8-11 to go 3 up, yet she let Valenzuela win holes with pars on the back nine to go into the break tied.

Valenzuela led 1 up for much of the second 18, including through 32 holes.

At that point, Ruffels’ caddie, USC head coach Justin Silverstein, had to relinquish his duties in order to get to the airport. (Silverstein had to fly home to California from Memphis on Sunday afternoon to attend a funeral on Monday.) Mississippi State junior Blair Stockett, who plays Old Waverly frequently, took over.

Ruffels birdied the next hole, the par-5 15th, to square the match. Two holes later, she took the lead with another birdie. And on the last, with Valenzuela facing a short birdie putt, Ruffels drained a 10-footer to halve the hole and clinch the match.

“Seeing that just drop in, probably the best feeling of my life,” Ruffels said.

She’s sure to have more, considering Ruffels’ victory earns her several perks. She receives exemptions into the U.S. Women’s Open, ANA Inspiration, Women’s British Open and Evian Championship next year, as well as the 2020 Augusta National Women’s Amateur.

“Never. Been. Prouder,” Ruffels’ older brother, Ryan, a professional golfer, tweeted Sunday from Canada. “To step away from tennis five years ago because you wanted to pursue something you had more of a passion for is a very gutsy call for a 14-year-old to make. Hard work, and now look at you.” 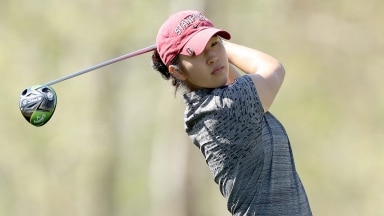 The USGA announced Monday that reigning U.S. Amateur champions will no longer need to stay amateur to retain their exemptions into the following year's U.S. Open.