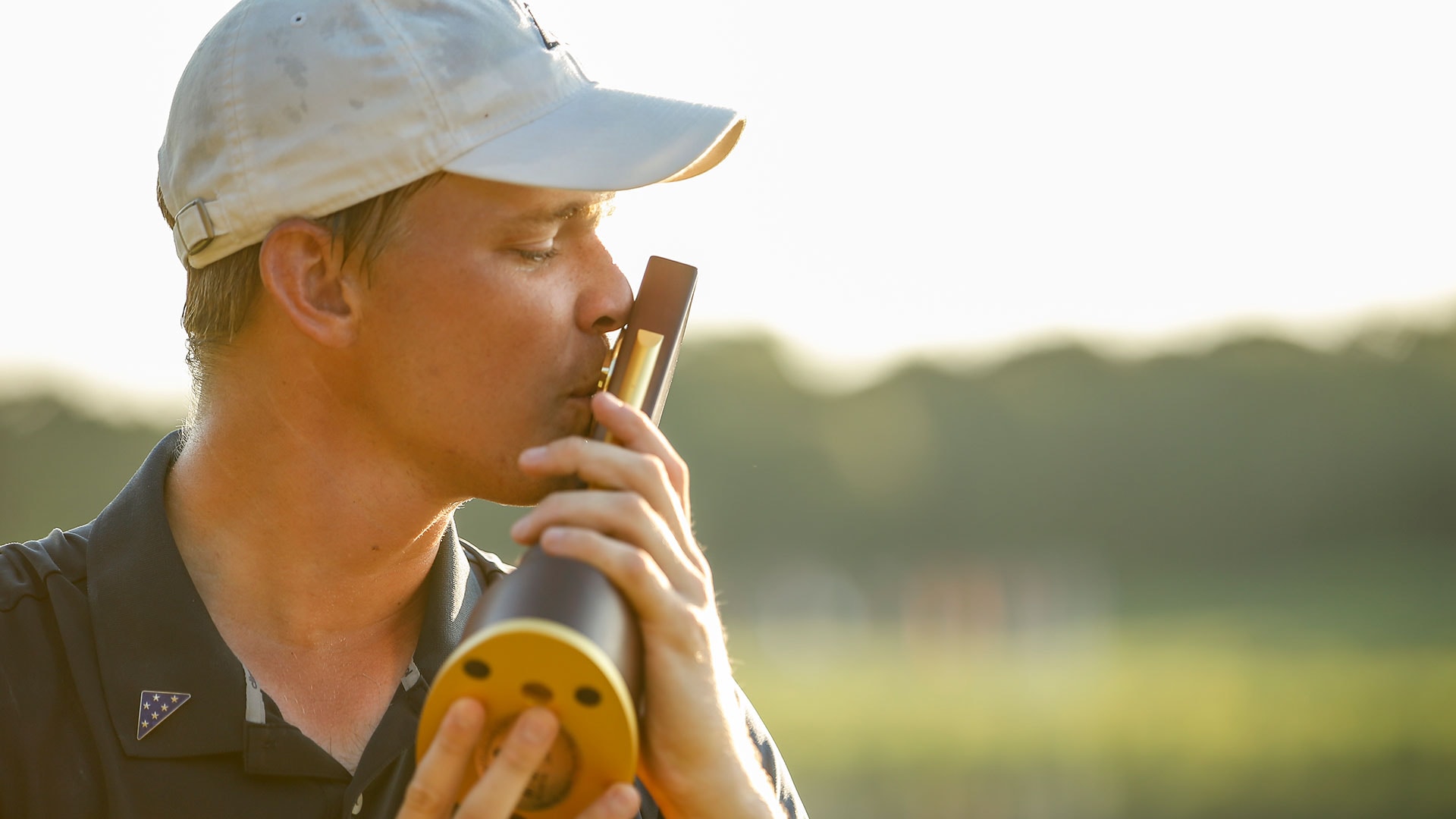 And this may have been an even bigger shocker: Augusta senior Broc Everett, the 152nd-ranked player in the country, prevailed in a sudden-death playoff over Auburn freshman Brandon Mancheno to win the biggest prize in college golf.

“It’s an incredible feeling,” he said. “I can’t even describe it honestly right now.”

Everett redshirted his first year at Augusta and heard rumblings from the coaches that he might not be good enough to stick around there. His biggest highlights during his freshman season, he wrote in his website bio, were a third-place finish at the Ottumwa Amateur and a runner-up showing at the Des Moines City Championship.

“I put up some decent scores where coach (Jack O’Keefe) was like, OK, you can stay around and keep working hard, because he saw that I worked hard every day and didn’t settle for just staying the same,” Everett said. “I was always trying to progress and keep getting better.

“Coach gave me the opportunity to just keep growing every single year.”

Though his national ranking had yet to reflect it, he entered the NCAA Championship with three consecutive top-3 finishes, including in the MEAC Championship and NCAA regional in Raleigh.

Here at Karsten Creek, the left-hander was the only player to break par all four rounds and shot 7-under 281, a 72-hole tournament course record that was enough to tie Mancheno, the SEC Freshman of the Year.

In the playoff, Everett knocked his third shot on the par-5 18th hole to 15 feet and rolled in the putt to become one of the most surprising individual champions in recent memory.

“I knew I was playing pretty good up to this point,” he said. “I had a month of really good golf these last few weeks, and I was just trucking along.”

It’s another huge boost for Augusta, which had fallen on hard times after the Reed-led run of back-to-back national titles in 2010-11.

“We have the Masters champion this year from Augusta State; now we have the individual champion,” O’Keefe said. “It’s pretty special times, and Augusta is a pretty special place, and golf is very important there. We’re trying to get better each day, and things and situations like this allow us to branch out and keep our program moving.”