Evian Championship third round moved up in hopes of avoiding rain 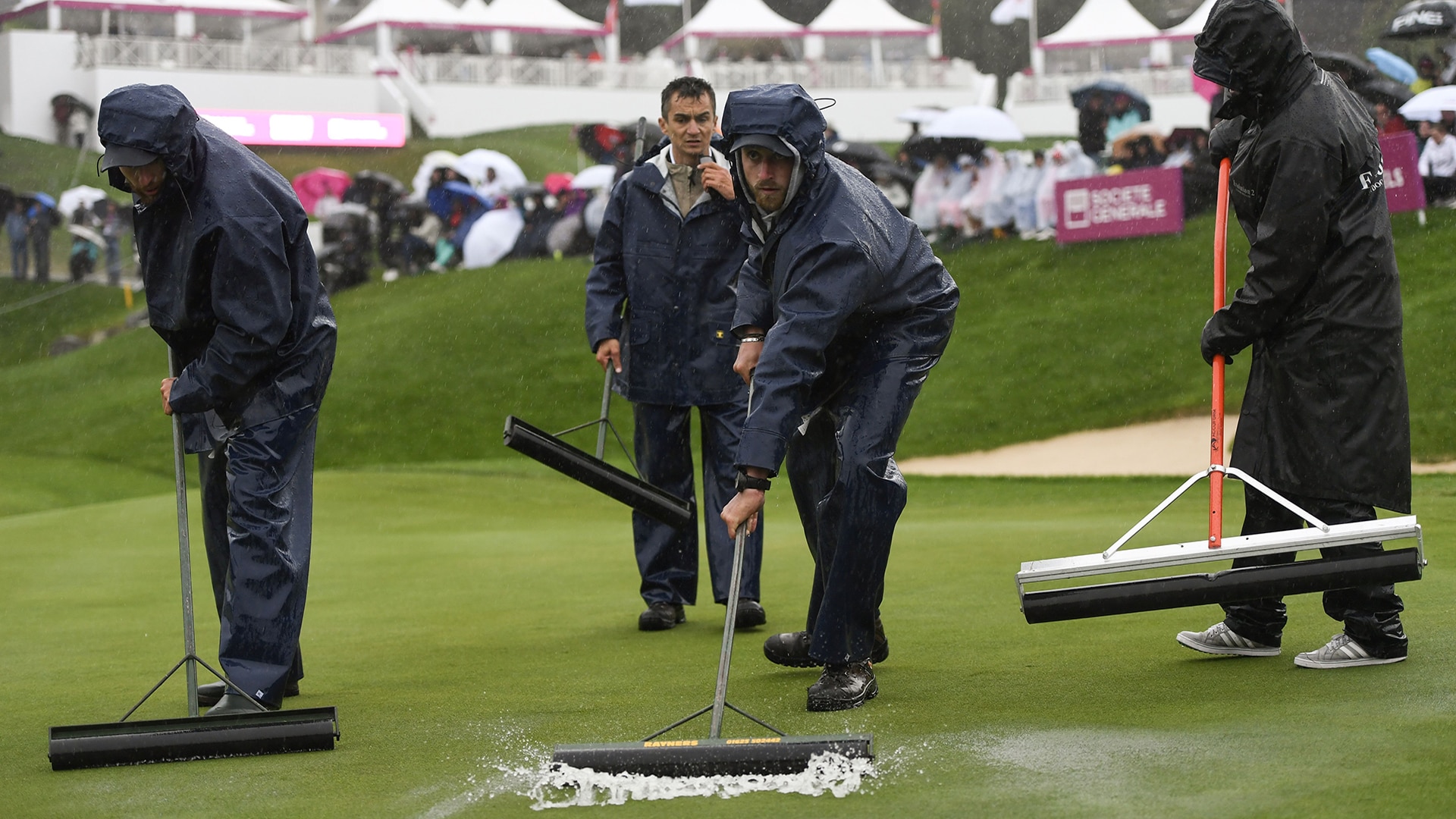 The bad weather that plagued the Evian Championship’s move to September as a major championship seems determined to remain part of the event’s summer script, too.

At least it seems that way this year.

With the Evian Championship moved back to July, in hopes of escaping the area’s rainy season, there appears to be no escape this weekend, with thunderstorms forecast Saturday. The event’s tee times and TV schedule have been moved up as a response. Players will go off in threesomes on the first and 10th tees beginning at 1 a.m. ET, with the leaders scheduled to go off at 3:01 a.m. ET. Golf Channel’s coverage will air from 3-8:30 a.m. ET. CNBC will air tape delayed coverage from 9-11:30 a.m. ET.

There were also weather issues late in the afternoon Friday, with play halted for 1 hour and 5 minutes with lightning in the area.