To exit WGC ring a winner, one must first avoid Concession knockout punch 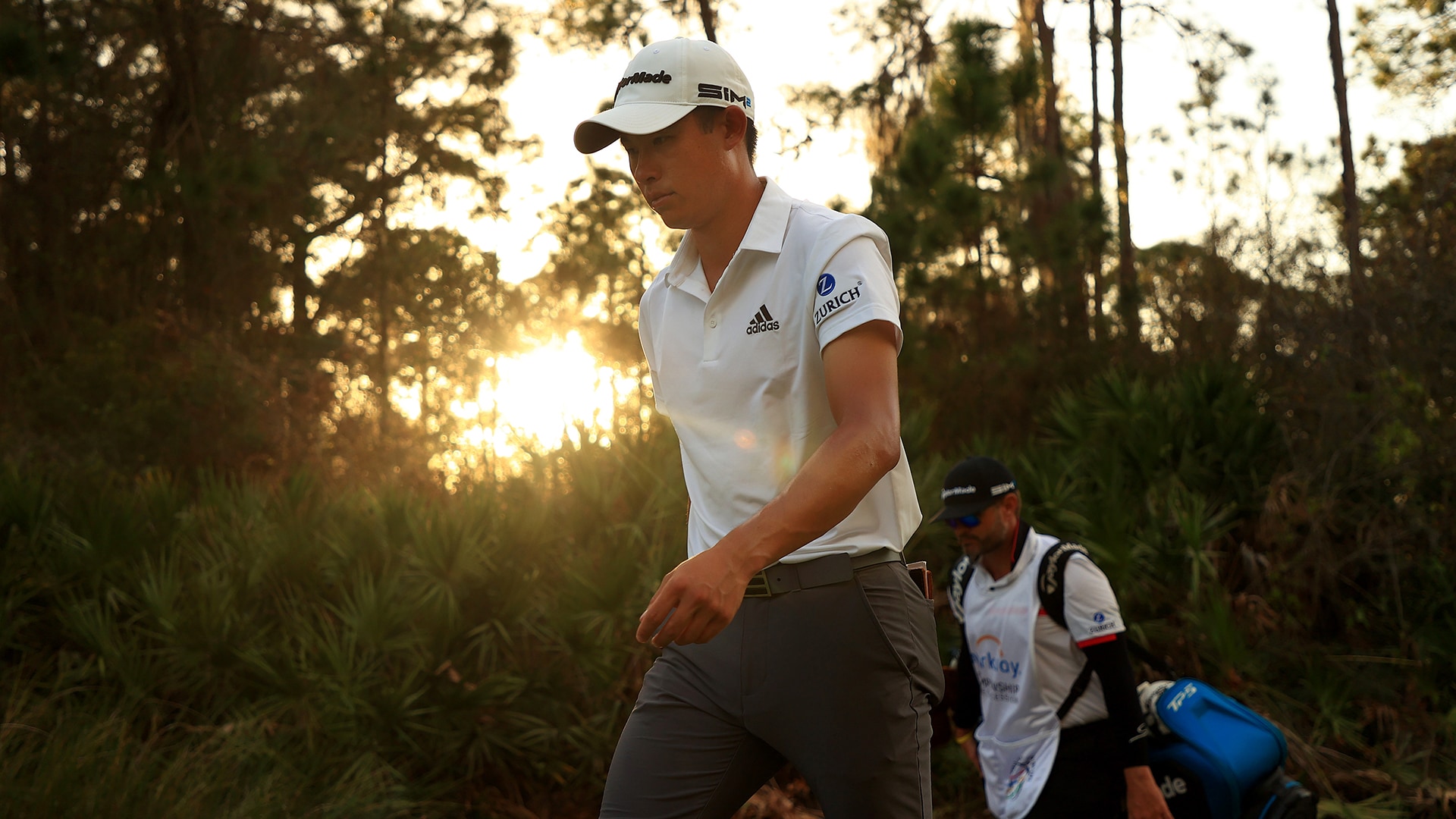 BRADENTON, Fla. – Even the best players in the world are in danger of being “Concession’d”.

That’s the threat that exists at this diabolical layout on the west coast of Florida, which is hosting this World Golf Championships-Workday Championship for the first time.

Collin Morikawa leads by two shots at 15-under 201, but he was six clear of the field with only six holes to go in his third round. He played that remaining stretch in 2 over par – remarkably, both bogeys came on par 5s – and there are now nine players within five shots of the lead.

And at this place, that doesn’t feel like a whole lot.

“It’s one of these courses where it can give up a lot of birdies and eagles,” said Rory McIlroy, who is part of that chasing pack, “but it can bite you very quickly without really doing much wrong.”

That’s how Morikawa felt walking off the course after a Saturday 67. He ran off seven birdies in an eight-hole stretch around the turn, threatening to turn this WGC into a laugher.

That’s when his trouble started.

The par-5 13th has bedeviled players all week – more on that in a bit – but Morikawa three-putted from 23 feet for bogey after he “psyched myself out in my head that it was going to be a tough hole.” Then on the par-5 17th, the easiest hole on the course, he drove into a bunker, missed the green with his third shot and couldn’t convert a slippery 7-footer for par.

Just like that, his runaway had turned into a tight race, only two clear of Billy Horschel and Brooks Koepka heading into the final day.

“Oh, anything can happen,” Morikawa said. “I know all the guys behind me, they’re very capable of going low, if not having a start like I had today. That’s why I’ve got to be ready from hole No. 1 and be ready all the way through the round tomorrow.”

For the first three rounds, members have been griping to each other about the lower-than-anticipated scores, and Concession superintendent Terry Kennelly is on the record as saying he wanted the green speeds to be faster, so the pros could suffer like everybody else. In all, 10 players are double-digits under par, but the good scores are largely a product of the conditions – warm, humid, light breeze.

More telling is how many crooked numbers have been posted through three rounds: 94 double bogeys and 20 “others.”

And it’s easy to see why, with water hazards on nearly every hole, palmetto bushes threatening to swallow up tee shots that are slightly off-line and – of course – the dastardly areas around the green.

“You hit one bad shot and it could cost you big time,” Horschel said.

It’s not often that Tour players can look foolish, but tight, grainy lies and fast, undulating, elevated greens often do the trick. More than a few players this week have ping-ponged their way around the greens – and that group includes Patrick Reed, who owns one of the best short games on the planet.

Reed had only 222 yards into the par-5 13th, but that’s when his adventure began. Firing into a front-left pin, he thought he’d left his approach shot in a decent spot in the greenside bunker, but his ball skidded when it hit the green, didn’t have enough spin and trundled all the way off and down into a steep collection area on the left side of the green. His stuck his wedge in the ground on his fourth shot, and his ball rolled back to his feet. His fifth? That one skipped 7 feet past the pin ... and then he missed the comebacker. Double.

“It’s a lot of fun where you know if it gets 5 feet past the hole, it’s going off the green on the other side,” Reed said with a pained smile.

At least he wasn’t alone.

The final five groups of the day – the guys who are, theoretically, playing the best in the tournament – played the reachable par 5 in 10 over par, with zero birdies, four pars, two bogeys and four doubles.

“I’m standing there with a 6-iron in on the second shot, and I mean, I looked at (caddie) Shay (Knight) and I was like, ‘There’s no point in even going for this pin,’” said Viktor Hovland, who carded one of those bogeys. “I mean, you’ve got to try to hit it in the short bunker and try to make birdie that way. That’s the only way.”

Said Reed: “It’s just brutal. I don’t know if anyone was able to get it within 20 feet on their second shot.”

Well, one notable exemption was McIlroy, but even that shot was fortuitous. Aiming at the TV tower behind the green, he hit a “professional pull” that somehow stopped 12 feet left of the flag, on top of the ridge. He capitalized on his good break and made the eagle putt, vaulting up the leaderboard.

Now he’s part of a group that can post a number early and watch as the final groups try to navigate all of Concession’s myriad challenges.

Webb Simpson compared Concession to TPC Sawgrass in the sense that each round there are 65s to be had but also plenty of 75s, for those who are marginally off and get punished. Throw in the nerves of trying to win a big-money WGC, and the final round could make for some delicious viewing Sunday.

“You’ve got to be very careful,” Horschel said, “because you start trying to get too aggressive out here and it can bite you in the ass in a heartbeat.”