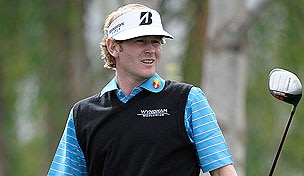 This week the fantasy golf schedule has two events, and while our expert's thoughts on the Abu Dhabi HSBC Golf Championship can be seen here, below are their choices for the Humana Challenge, where birdies will fly early and often. Each week, a panel of experts will offer up their picks from four groups of players based on Golf Channel's new fantasy game, Fantasy Challenge. We will also keep track of their scores and standings. The panel includes: senior writers Rex Hoggard, Randall Mell and Jason Sobel; contributors John Hawkins and Win McMurry; editorial director Jay Coffin; 'Morning Drive' host Gary Williams and staff writer Ryan Lavner.

Group 1: Matt Kuchar: He enters this tournament, where last year he tied for 22nd, off a T-5 at the Sony Open where he had only three bogeys all week. That's his second top-10 finish of the season, following his T-9 at Kapalua. Kuchar has finished inside the top 25 here in Palm Springs the last four years and was a runner-up in 2010.

Group 2: Tim Clark: I think the momentum will follow him to the desert after his almost-good-enough week at Waialae that handed him second-place honors. In three of Clark's last four starts here, he finished runner-up twice - in 2005 and 2010 - and T-5 in 2009.

Group 3: Josh Teater: He tied for 22nd here a year ago and is coming into this year's edition after finishing T-15 at the Sony Open in Hawaii. He's flying under the radar for a player who has finished inside the top 25 in seven of his last 10 starts on Tour.

Group 1: Bo Van Pelt: He has a sponsorship deal with Humana - and nothing makes the people who sign the paychecks happier than seeing their man on the leaderboard.

Group 2: Pat Perez: Past champion is coming off a strong week at the Sony Open, where he promised to be a kinder, gentler Perez from now on.

Group 3: Jason Kokrak: Sure, this pick is a bit of a flyer, but that's OK, because so are most of his tee shots - which should sail extra far in the desert.

Group 4: Brian Stuard: That guy you'd never heard of on the Sony leaderboard. It was Stuard, who shot back-to-back 65s on the weekend.

Group 2: Tim Clark: Health, swing and pride all appear to be intact for the South African.

Group 3: Gary Woodland: One of the game's biggest bombers who appears to have his swing the way he wants it currently.

Group 4: Stephen Ames: Good vibes from a high finish at the Sony Open are expected to continue.

Group 1: Brandt Snedeker: Because a guy with $10 million in the bank and the Tour's smoothest putting stroke playing golf in a dome is never a bad idea.

Group 2: David Lynn: In just his second career Grand Slam start, the Englishman finished runner-up at last  year's PGA Championship. The first-year Tour player is looking to prove that was no fluke.

Group 4: Justin Bolli: He finished last season with a come-from-behind victory at the Web.com Tour Championship to earn a return trip to the Tour, and will need a solid West Coast to avoid another tumble back to the secondary circuit.