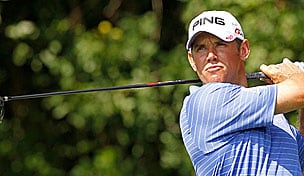 Note: This week the Experts are proud to announce they have been joined by Norm MacDonald. The former 'Saturday Night Live' star has already gotten his fantasy golf season off to a hot start in 2013, and will continue to provide his picks for Golf Channel Fantasy Challenge participants throughout the year.

This week the focus of the fantasy world is split. Our experts share their picks for the Waste Management Phoenix Open here, while their picks for the European Tour's Omega Dubai Desert Classic are below. Each week, a panel of experts will offer up their picks from four groups of players based on Golf Channel's new fantasy game, Fantasy Challenge. We will also keep track of their scores and standings. The panel includes: senior writers Rex Hoggard, Randall Mell and Jason Sobel; contributors John Hawkins and Win McMurry; editorial director Jay Coffin; 'Morning Drive' host Gary Williams, staff writer Ryan Lavner and former 'Saturday Night Live' star Norm MacDonald.

Group 1: Lee Westwood: Finished third last year, he's the top-ranked player in the field and I think he will shine this week as he kicks off his 2013 season.

Group 2: Henrik Stenson: While he didn't finish all that high on last year's leaderboard, he was still tied for 20th and when you look at past top starts, he was eighth in 2010 and third in 2009. He has good form entering this week as well, with a T-16 finish in Qatar and a win just a couple months ago in South Africa.

Group 3: Soren Kjeldsen: He shared fifth place here last year, and the Dane has been pretty consistent over the last few months.

Group 1: Sergio Garcia: Ultra-streaky performer is in a good place, after losing by just one shot in Qatar last week.

Group 2: Rafael Cabrera-Bello: Last year's champion in Dubai returns with plenty of momentum and good vibes this time around.

Group 3: Tommy Fleetwood: Young and mostly unknown, Fleetwood is an up-and-comer who will shine on some pretty bright stages in upcoming years.

Group 4: Mikko Ilonen: Coming off a strong week in Qatar, Ilonen could be primed for another strong effort this week, too.

Group 1: Lee Westwood: New caddie, new coach, same solid swing for the world No. 8. That the Englishman has three runner-up finishes in Dubai just makes him an easier pick.

Group 2: Shane Lowry: Solid start to the season (T-9 at the Volvo Golf Champions) and he finished tied for eighth in 2011 at the season-ending Dubai World Championship.

Group 3: Jaco Van Zyl: He was stellar to start the European Tour season in Africa (T-2 at the Lion of Africa Cape Town Open and T-8 at the Nelson Mandela Championship) and he needs to keep that momentum going through the Middle East swing.

Group 4: Johan Edfors: Although fresh off his worst season on the European Tour, he has finished inside the top 25 three times at the Dubai Desert Classic and has just two missed cuts in eight starts.