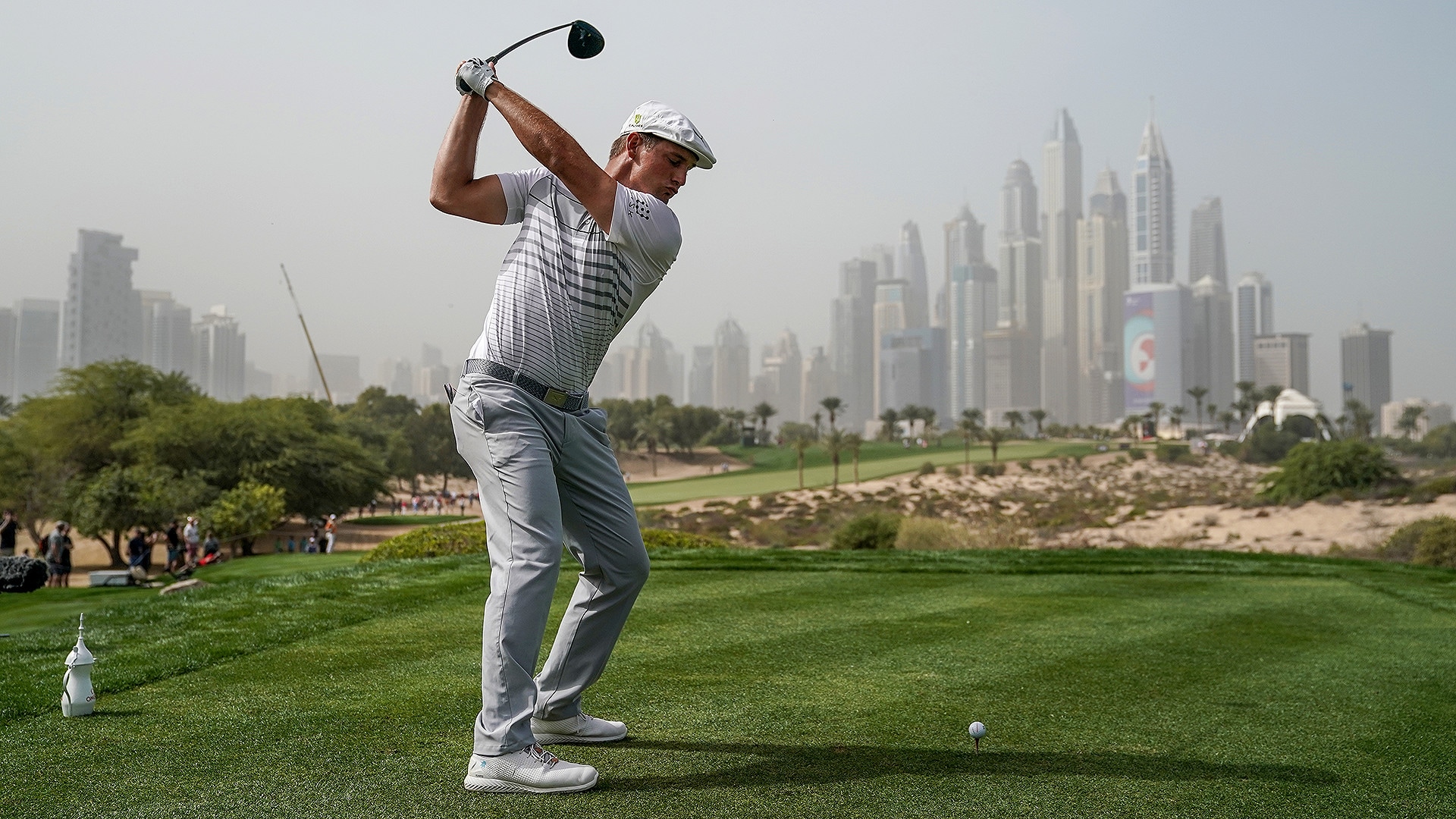 One of Bryson DeChambeau’s goals this year is to pick off an international title, and he’s off to a good start Thursday at the Dubai Desert Classic. The world No. 5 opened with a bogey-free 66 to sit just a shot off the lead.

DeChambeau is playing in Dubai for the first time since 2016, when he was playing all over the world in anticipation of his pro debut after the Masters. He really enjoyed his week in Dubai – “There was a Five Guys in the mall; I love it” – and was eagerly anticipating his return.

The Dubai Desert Classic marks yet another European Tour start for the 25-year-old, who suggested this week that he’d welcome a membership.

“Absolutely, I’d do a membership. That’s obvious,” he told reporters this week. “There’s plenty of players that have won worldwide, and I want to be one of them. So that’s a yes.”

DeChambeau played a pair of European Tour events last year, at the Abu Dhabi HSBC Championship and Porsche European Open, and said that he’s “excited to try and capture an international victory.”

“That’s really what I want to do this week,” he said. And then, talking big picture this year: “I’ve set my sights on an international win, and then also the majors, for sure.”

DeChambeau didn’t drop a shot Thursday, but he felt as though his play left plenty of room for improvement.

“I didn’t feel like I was hitting it anywhere near my best,” he said. “I just felt like it was a scrappy round, but I got out of it and shot 66 today, so I’m happy.”