With this victory: What Woods' WGC win means 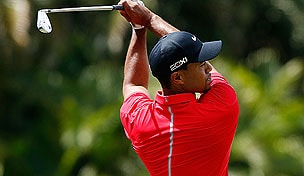 DORAL, Fla. – Tiger Woods’ win at the WGC-Cadillac Championship was his 17th World Golf Championship victory and the 76th victory in his PGA Tour career. Here are other nuggets regarding Woods’ win here at Doral:

• The 100 putts for the week are a career best for Woods. His previous best was 101 at the 2009 Arnold Palmer Invitational.

• This is the seventh time Woods has won this event, although not all seven victories were played at Doral. Still, Woods has now won four events on the PGA Tour seven times – WGC-Bridgestone Invitational, Arnold Palmer Invitational, Farmers Insurance Open are the other three.

• Victory is the fourteenth in the state of Florida. He’s also won 14 times in California.